Our organisation, our story

Little could archivists of a small piece of Roman mosaic have imagined the museum growing into the urban and social history centre visitors see today. We now receive over a million visitors to our museums each year. 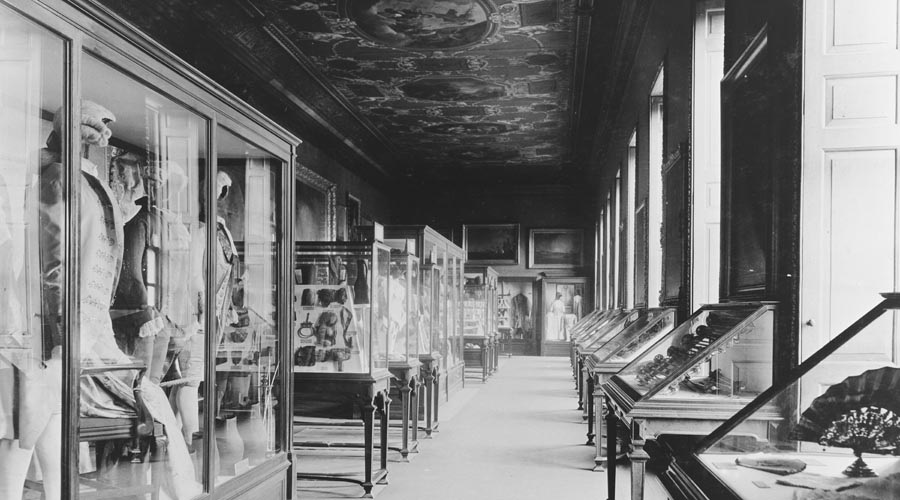 From 1912 we have collected costumes, paintings and objects along with archaeology

The road from Rome

The focus of the original Guildhall Museum, founded in 1826, was on archaeology. Its first acquisition was a fragment of Roman mosaic from Tower Street in the City of London.

The London Museum, established in 1912, had wider interests and collected modern objects, paintings, and costumes.

Following the Second World War the museums amalgamated to form the Museum of London.

Doors to our current site opened in 1976. We have become a centre of social and urban history and continue to maintain our archaeological interests.

We unveiled a second site in 2003, the Museum of London Docklands, housed in a Grade I listed warehouse at Canary Wharf, not far from the river Thames.

Guildhall Museum opens in the City of London. It moves to new premises in 1872.

The London Museum opens at Kensington Palace, near Hyde Park, and moves to Lancaster House in the West End of London in 1914.

The Museum of London Act amalgamates the collections. A new board of governors is appointed to represent the funding authorities – the government, the Corporation of London, and the Greater London Council.

The Museum of London is opened by Queen Elizabeth II. Our new building is designed by architects Powell & Moya.

A second Museum of London Act expands the museum’s functions and alters the funding framework, following the abolition of the Greater London Council.

The Museum of London Docklands opens in a Grade I listed warehouse at Canary Wharf, not far from the river Thames.

The government’s interest in the museum is transferred to the Greater London Authority.

We announce our intention to move to a new museum in Smithfield General Market, with a provisional opening date in 2021.

We launch International Design Competition for an architect to design the new museum at West Smithfield.

Learn more about the museum’s history in The Treasury of London’s Past by Francis Sheppard, published by the Museum of London in 1991.