Curating London
In this section
What is Curating London?
Capital Nourishment Fund
Dub London
We are the Youth of Today Report
We the People
Community History at Docklands
Weaving London’s Stories
Collecting Ends
Archaeology of Now
Brexit Talks
Data Flow

Who and what are the people, places and projects that define West London? How best can we record and celebrate these West London icons?

Throughout November and December 2019, a shop front in the iconic Portobello Arcade was transformed into a West London living room and live collecting space curated by local young people in collaboration with FerArts. 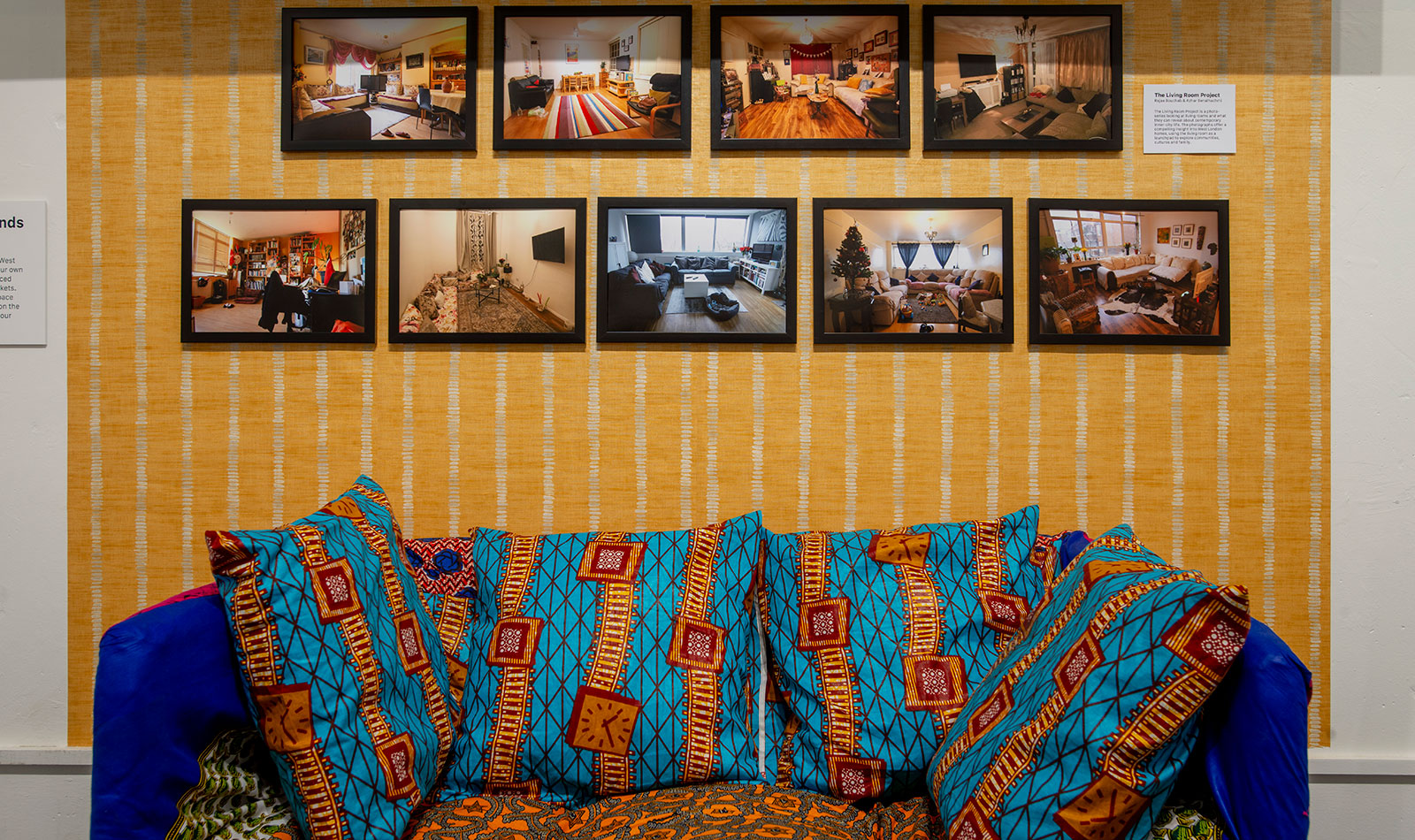 Each young person working on the project came together to bring objects from their own homes, as well as sourcing bought items from Portobello and Golborne markets, to dress the living room as an authentic, West London home.

Friends, family and residents from the community were then invited into the living room to record their West London stories from the Curating London sofa.

To prepare for the launch of the living room space, we embarked on workshops to explore how we can become curators in our neighbourhoods and authentically document our communities.

The project also experimented with giving small grants to young people to develop their own collecting initiatives. Three such micro-projects emerged out of this process: Beauty Treatment by Alia Hassan, Alyssa-Victoria Isip and Sam Campbell; West Side Stories by Prime Isaac; and the Living Rooms Project by Rajaa Bouchab and Azhar Benalhachmi. Each of these aimed to record and document contemporary West London life from the perspectives of young residents.

At the end of the project, collected materials were showcased to the public in a week-long exhibition at the FerArts studio, which became a pop-up “Museum of (West) London”.

This final exhibition was the culmination of a series of creative workshops, which helped us explore what and how we would like to collect in our own ‘ends’.