The focus of this collection is clothes and textiles made, sold, bought and worn in London from the 16th century to the present. The collection ranges from garments made at home to those produced in the studios of London couturiers, from gowns worn at grand occasions to clothes worn every day. 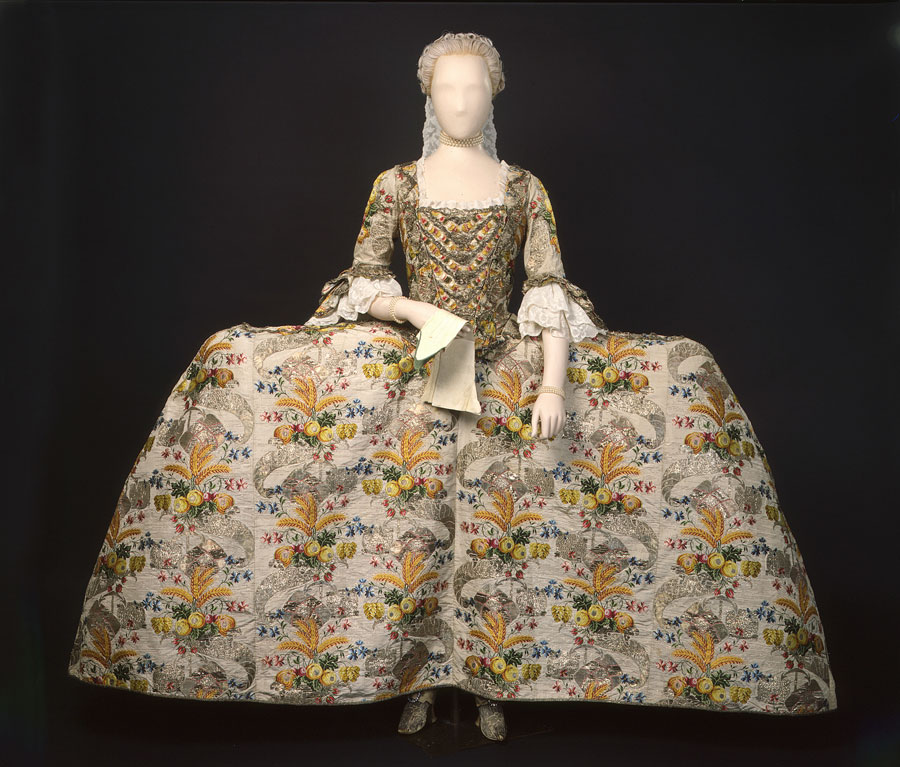 This collection is currently closed to researchers due to a major collections audit, in preparation for the Museum of London’s move to West Smithfield.

Clothes began to be collected as soon as the idea of a museum for London became reality in 1911. Until around the 1960s mainly garments from earlier periods were added with the exception of the two World Wars when contemporary collecting took place. The early curators of the museum were aware of the importance of clothes to bring history to life and in 1933 the museum was the first in Britain to publish a catalogue of its costume collection.

Costume is interesting because it is splendid, ridiculous, useful, pompous, dignified, sombre, gay, fantastic – because, in short, it is human.
REM Wheeler, Keeper and Secretary of the London Museum, 1933

The dress and textile collection is complemented by related material in the social and working history, photograph and printed ephemera collections, and the museum library. These holdings include the Harry Matthews Collection of costume and fashion plates consisting of around 3,500 prints dating from the 16th century to 1829.

Unfortunately we can no longer accommodate request from students to view the Janet Arnold garments as they are too fragile. Photographs of the objects can be viewed on Collections Online.