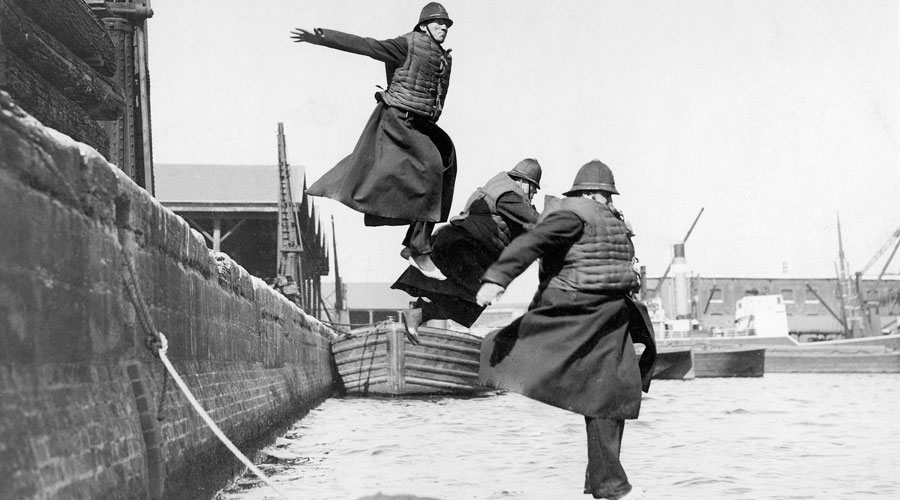 Major series include the minute books of the Corporation of London’s River Committee (1770-1857), minute books and archives of the Thames Conservancy (1857-1909) and minute books and archives of the private dock companies (c 1799-1909) who founded the enclosed docks in London, West India being the first in 1799. Following mergers of the private dock companies, their work and that of the Thames conservators was taken over by the Port of London Authority (PLA) from 1909.

These paper records complement and contextualise the objects held in the port and river object collections, many examples of which can be seen in the photographs.

The photographic section of the archive is one of the most heavily used parts of the collection. Most images are black and white but there are some colour photos from the 1960s onwards. The earliest images date from the late 1850s.

The bulk of the images cover the enclosed docks of London and all of the reaches of the River Thames. Many aspects of cargo-handling operations for the very varied commodities are depicted, as well as general dock and ship views. Dozens of the different trades carried out in the port were captured, including dockers, stevedores, lightermen, police, office staff, riggers, coopers, samplers, deal porters, and even a rat catcher with his dog.

In addition to the still photographs collection, a number of excellent documentary films exist of the working port, commissioned over the years by the PLA. Included in this collection are such notable titles as City of Ships (1939), the finest pre-war documentary about the Port of London: Waters of Time (1951), directed by Basil Wright and acknowledged as one of his best ever made: and the award-winning Faces in a Crowd (1969).

Use of the port and river archive

Find out how to contact the port and river archivist.

The archive can be used to study port development, management of the docks, and river and economic history, e.g. trends in cargoes or methods of transporting materials. Archaeologists and developers come to look at maps and plans of the dock areas. Social and family historians enquire about working practices, labour relations and the work their ancestors did. Please note that many of the dockers worked on a casual basis so records were not kept of them.

The archive is still in the process of being catalogued. The following research guides have been created to give more information on what the archive holds in relation to popular topics of research. Please don’t hesitate to contact the Archivist for more detail about the records we hold.