The Museum of London’s medieval collections (around 12,000 items) are one of the most celebrated elements of our overall holdings because of their breadth, depth and quality. The museum also has over 700 objects of the Saxon period. 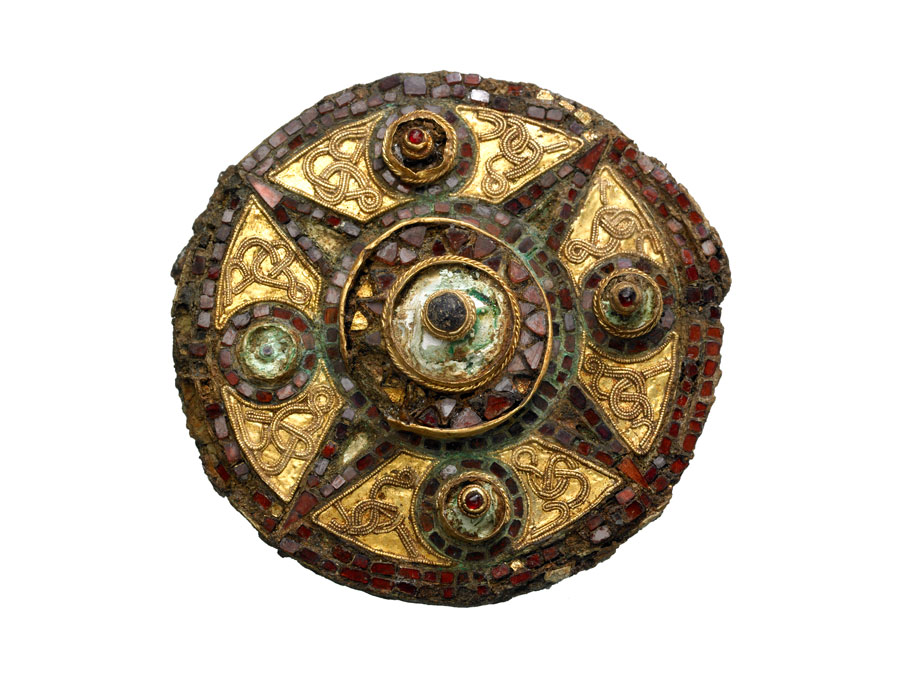 Important assemblages include some of the material from the cemeteries at Mitcham, Hanwell and Ewell and the small but historically important group from the Savoy Palace site, which was one of the first indications of possible Saxon settlement to the west of the Roman city.

Of the single finds, as with the prehistoric collections, significant numbers are derived from the Thames, such as the group of Anglo-Saxon weapons from the Brentford area in the Layton collection. The Saxon collections as a whole are strong in weapons, such as 'Viking' battleaxes, spearheads and scramasaxes, but relatively weak on domestic items.

The medieval collections (c.12,000 items) are one of the most celebrated elements of the Museum of London's overall holdings because of their breadth, depth and quality. They are strongest in ordinary domestic objects, and provide a cross-section of the things in everyday use in medieval England.

An example of the collections' nature is our holding of arms and armour. This is chiefly not high quality knightly weaponry, such as is to be found in the Royal Armouries and similar collections; the collection is instead unique in the number and variety of everyday civilian weapons (chiefly daggers) it contains.

Over the last 30 years major additions have been made to the medieval collections, particularly of small metalwork, from the activities of Thames 'mudlarks' (licensed metal-detectorists searching the Thames foreshore). These supplement an already outstanding collection of items such as dress accessories: buckles, brooches, belt-fittings etc.

Recent finds, mostly by mudlarks, of more than 600 pewter pilgrim badges and souvenirs and small secular badges, have been added to a collection already totalling about 250 in 1975. A further 500 or so of these are included in the Archaeological Archive.