As we look forward to the opening of our Dub London display later this year, Curator of Photographs Jilke Golbach dives into the Museum of London photography collections in search of dub reggae icons.

Working on our upcoming Dub London display has provided a fantastic opportunity to revisit and enrich our photography collection, examining our images of exuberant Notting Hill Carnival revellers, 1960s blues parties, music gigs and record shops, 1970s fashions, and anti-racism protests. Collaborating closely with Dub Curators Terry Dhaliwal Davies and Cedar Lewisohn, it has been especially rewarding to get to know some of the most iconic figures in the history of dub reggae; people who radically transformed London’s music scene in the post-war period. Many of these now legendary characters were captured by celebrated London photographers such as Charlie Phillips and Dennis Morris who, like their subjects, were first or second generation Windrush migrants with roots in the Caribbean.

The Dub London collecting project and display have enabled us to acquire formative works by these photographic artists, from a portrait of the very first UK sound system operator to last year’s documentation of Channel One’s Notting Hill Carnival act. The photographs below are a selection of newly collected prints and existing works from our collection. Together, they offer a brief visual history of London’s dub reggae icons. 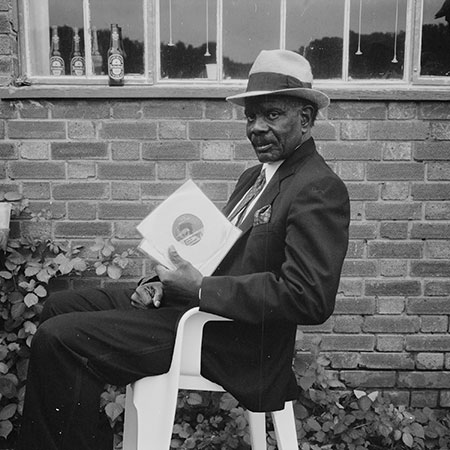 ‘Duke Vin’ was the first to introduce a Jamaican-style sound system to Britain in 1955. As a boy in Kingston, Vincent Forbes had acted as a record selector and when he came to England as a stowaway in 1954 he brought his DJ skills with him. Upon arrival in Britain he purchased a speaker and amplifier to set up a basic sound system and soon he found himself regularly playing Jamaican reggae at Saturday night house parties.

Duke Vin became a legend in Ladbroke Grove and had a huge influence on the popularisation of reggae and ska in Britain, playing his tunes at venues like Soho’s Flaming Club, Gaz Mayall’s Gaz’s Rockin Blues Sound, and the original Marquee Club. He was also a regular at Notting Hill Carnival where he performed with his system ‘Duke Vin the Tickler’s’ for 37 years.

This photograph of Duke Vin at the age of 74 was taken by Charlie Phillips in 2002. Phillips came to Britain as a young boy around the same time as Duke Vin and both lived in North Kensington where they formed part of the same tight-knit network of West-Indian migrants. This portrait of Duke Vin testifies to the life-long connections made between Windrush migrants in London, but also highlights two exceptional figures who developed prominent positions in their communities and built successful creative careers at a time when London’s racial landscape was undergoing major changes. 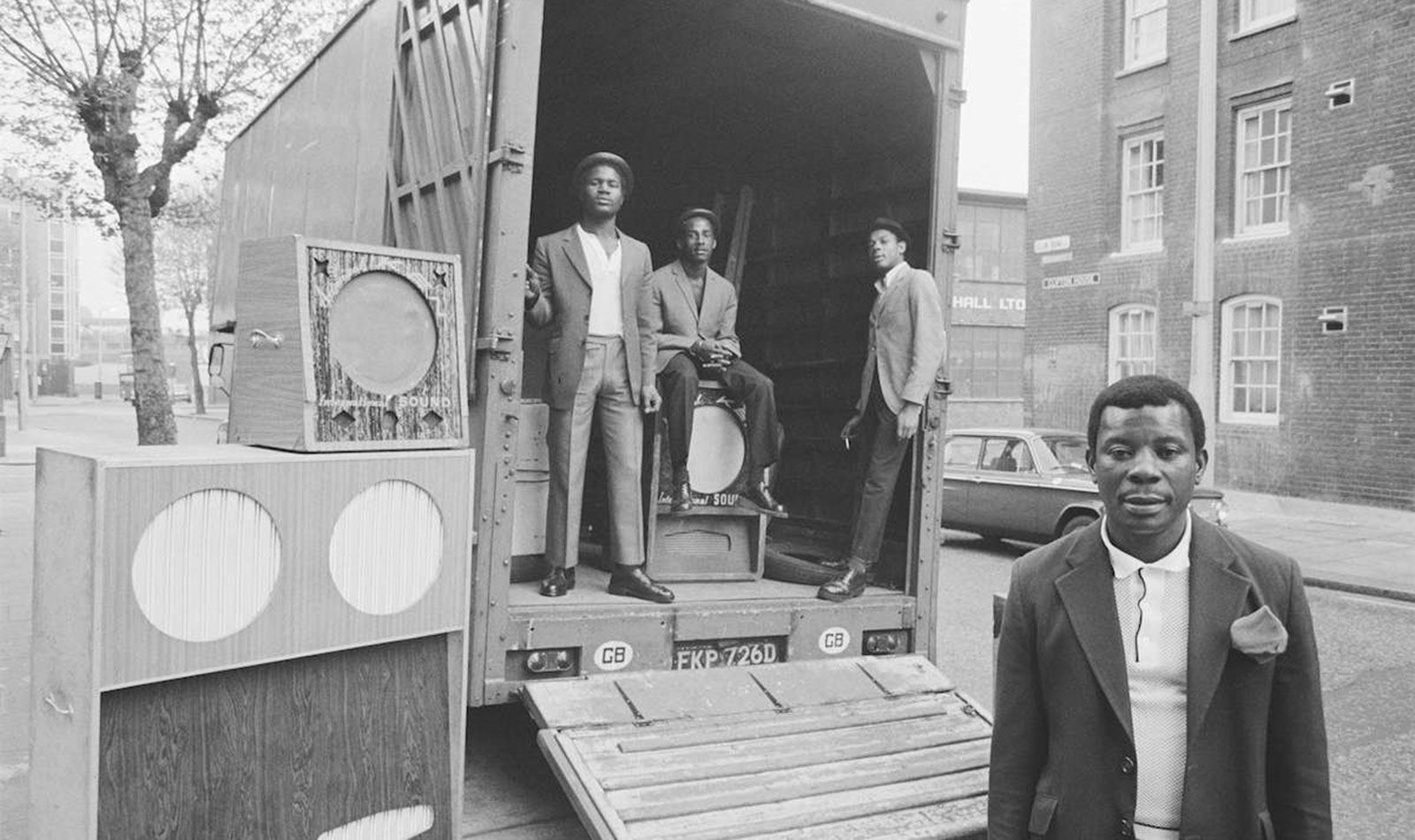 Admiral Ken with his Box men

Ken Edwards or ‘Admiral Ken’ was a well-known sound system operator and nightclub owner in the 1970s, who made frequent appearances at house parties in Hackney and clubs like Four Aces and Hackney Town Hall. He is captured here with his team behind him in Club Row in Shoreditch, packing up their equipment the morning after a Saturday night party. The trio in the van often performed with Admiral Ken, and consists of boxer Dennis Andries on the left, DJ ‘Henry’ in the middle, and toaster Frederick Howell on the right.

From the 1960s onwards Ken owned a number of successful nightclubs around London, which attracted major reggae artists and performers. Among these venues was the Palace Pavilion club, formerly known as ‘Dougie’s’, on Lower Clapton Road, which is now remembered as an iconic institution in the history of Black music in London.

This image forms part of Dennis Morris’s ‘Growing Up Black’ series, a personal record of the photographer’s youth in Hackney which captures what it meant to be young, Black and British in London in the 1970s. Morris himself became a key figure in the visual history of dub reggae music. Not only did he extensively photograph Bob Marley in the 1970s, he also held the position of art director at Island Records, performed in Basement 5 as a vocalist after Don Lett’s departure in 1979, and designed graphics and album covers for the likes of Linton Kwesi Johnson, Bob Marley and Judy Mowatt. 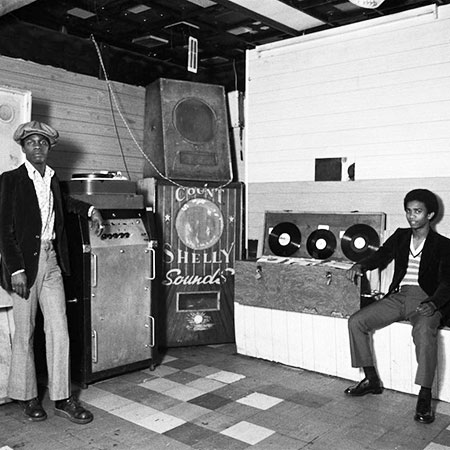 This photograph of Ephraim Barret or ‘Count Shelly’ at the Four Aces Club also forms part of the ‘Growing Up Black’ series. Count Shelly was a pioneering sound system operator and record label producer based in Hackney who later left London for New York to open his Super Powers Records shop in Brooklyn. At the time of this photograph, Count Shelly was a resident DJ at the Four Aces Club in Dalston Lane which attracted crowds from all over London. Hugely popular for its sound clashes that saw the crews of different sound systems compete with one another, the club also had a reputation for being somewhat rough. According to Morris, who was only 16 or 17 at the time, the Four Aces was 'for the big boys, big men. To go there you had to be tough.' 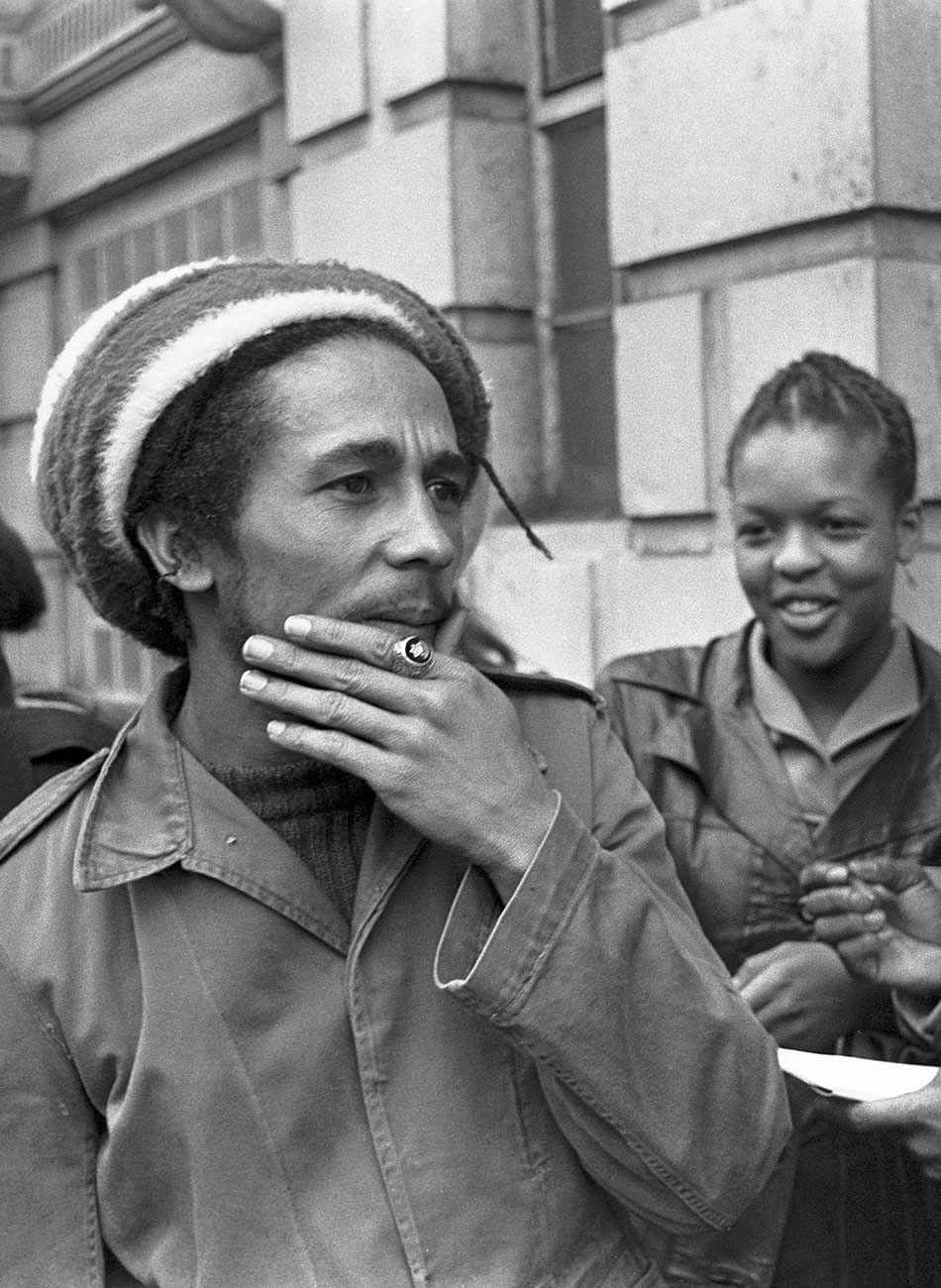 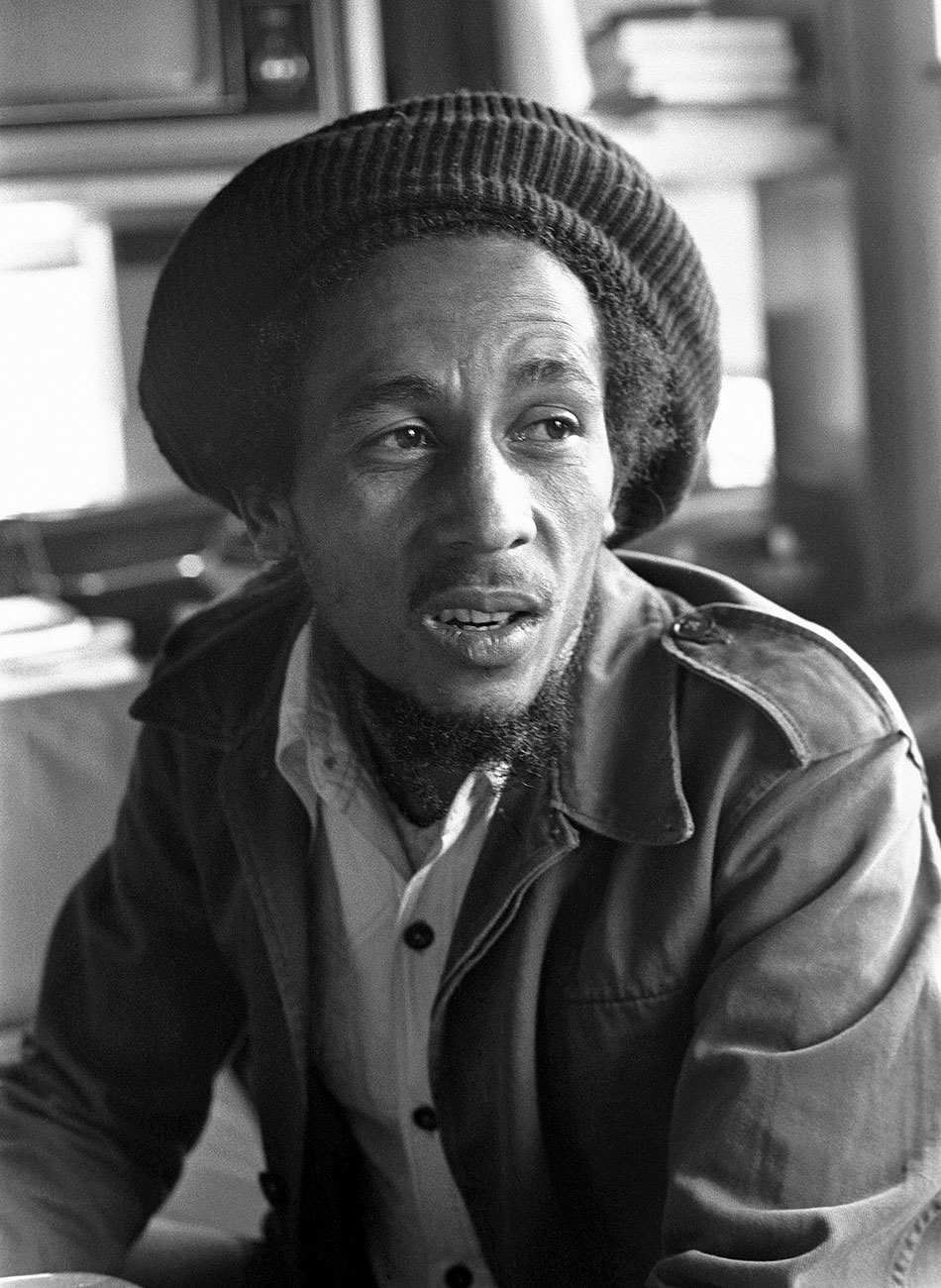 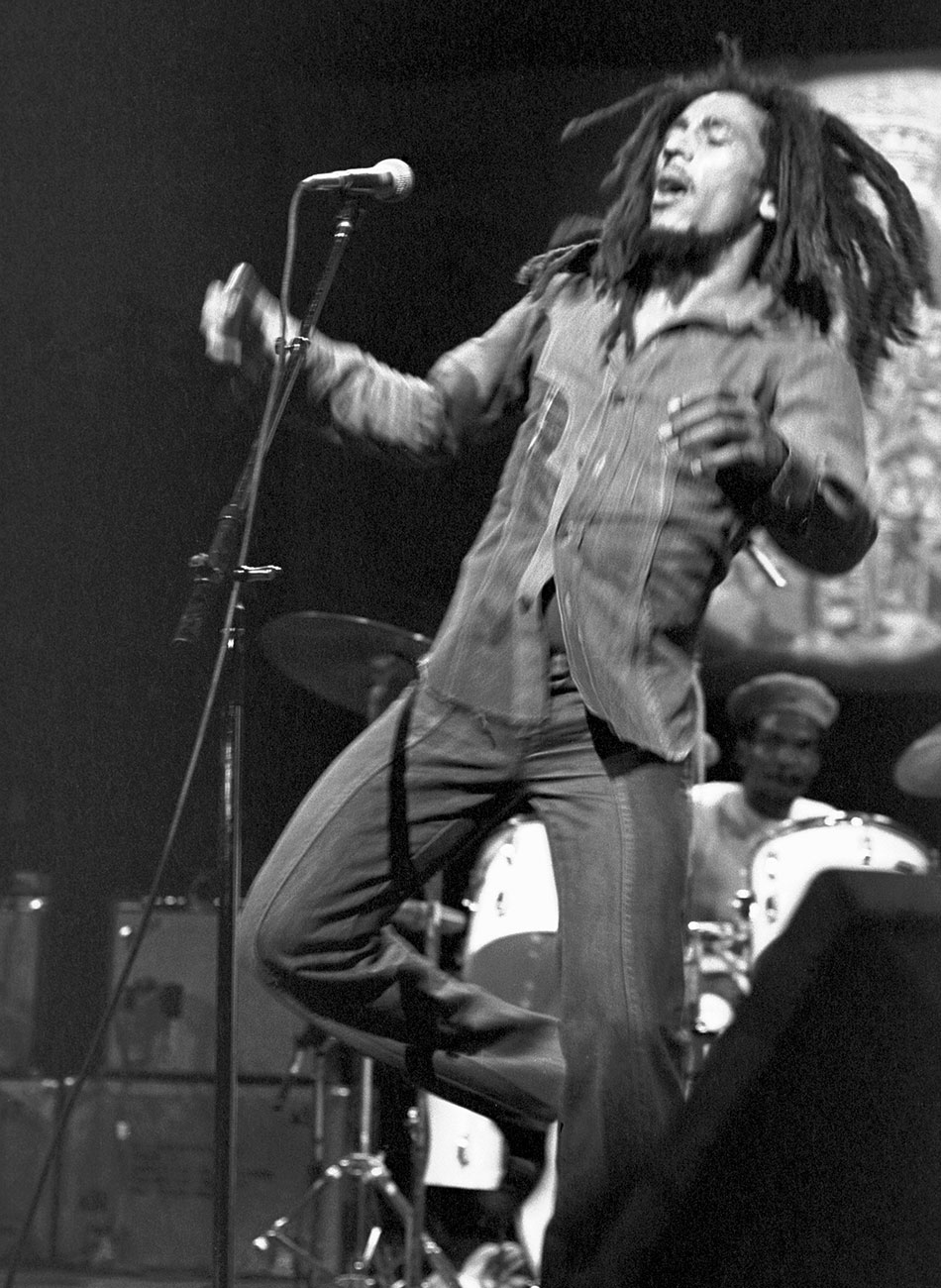 Photographer Neil Kenlock has made an exceptional contribution to Black history and culture in London since his arrival from Jamaica in 1963. He was an avid photographer of anti-racism protests, the British Black Panthers and of Black celebrities, fashion and beauty in the 1960s-70s.He is also the co-founder of the UK’s first Black lifestyle magazine ROOTS and Choice FM, the first legal radio station catering to a Black audience.

In the 1970s Kenlock photographed Bob Marley in London on several occasions. Marley had a long association with London where he performed at the famed Mangrove Club in Notting Hill and recorded at the now historic Basing Street Studios. After an unsuccessful assassination attempt in Jamaica in 1976, Bob Marley came back to London where he recorded his album Exodus for Island Records, which achieved international acclaim and instantly made him a superstar. Marley’s politicised songs spoke to audiences around the world and his role in bringing reggae into the mainstream was unparalleled. 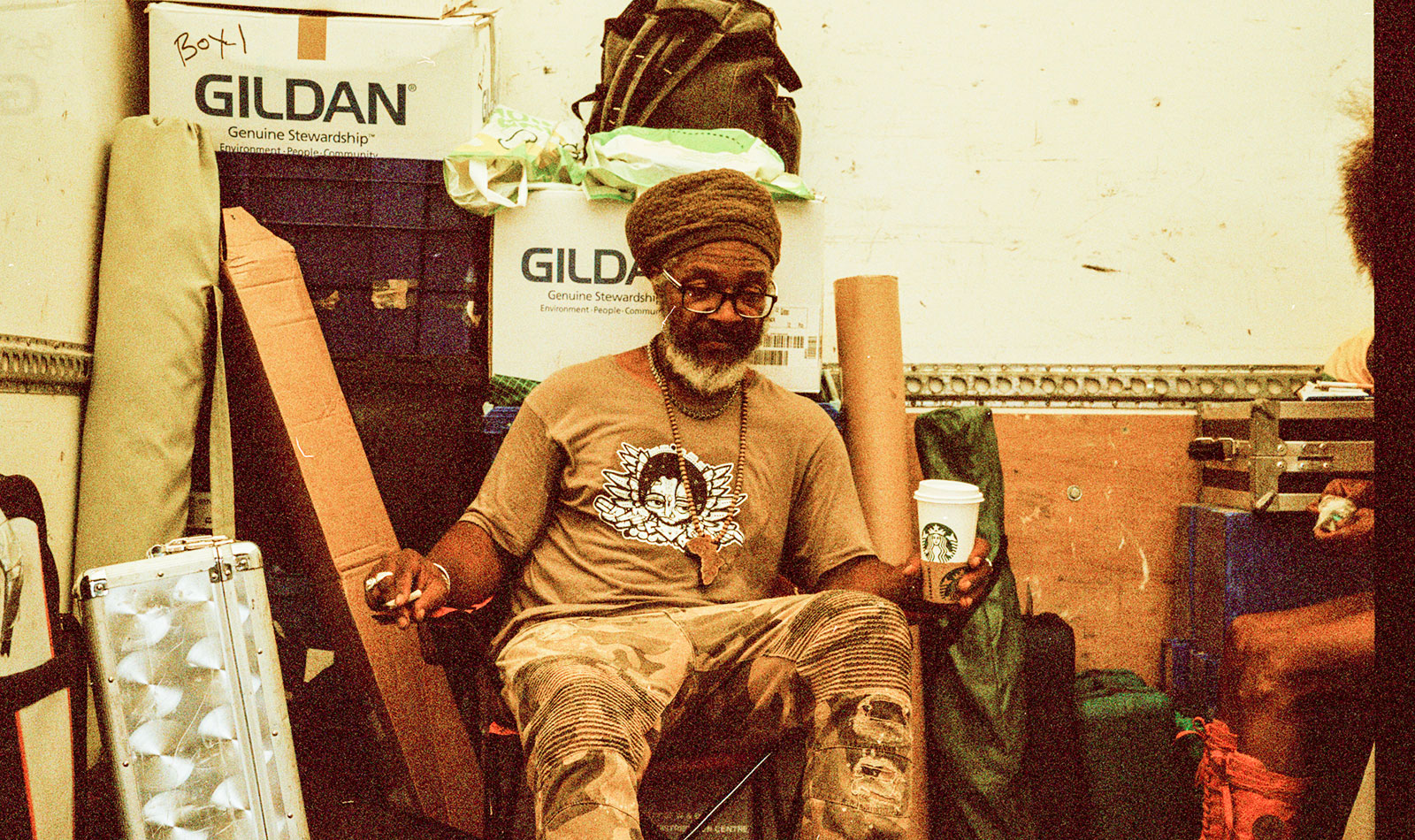 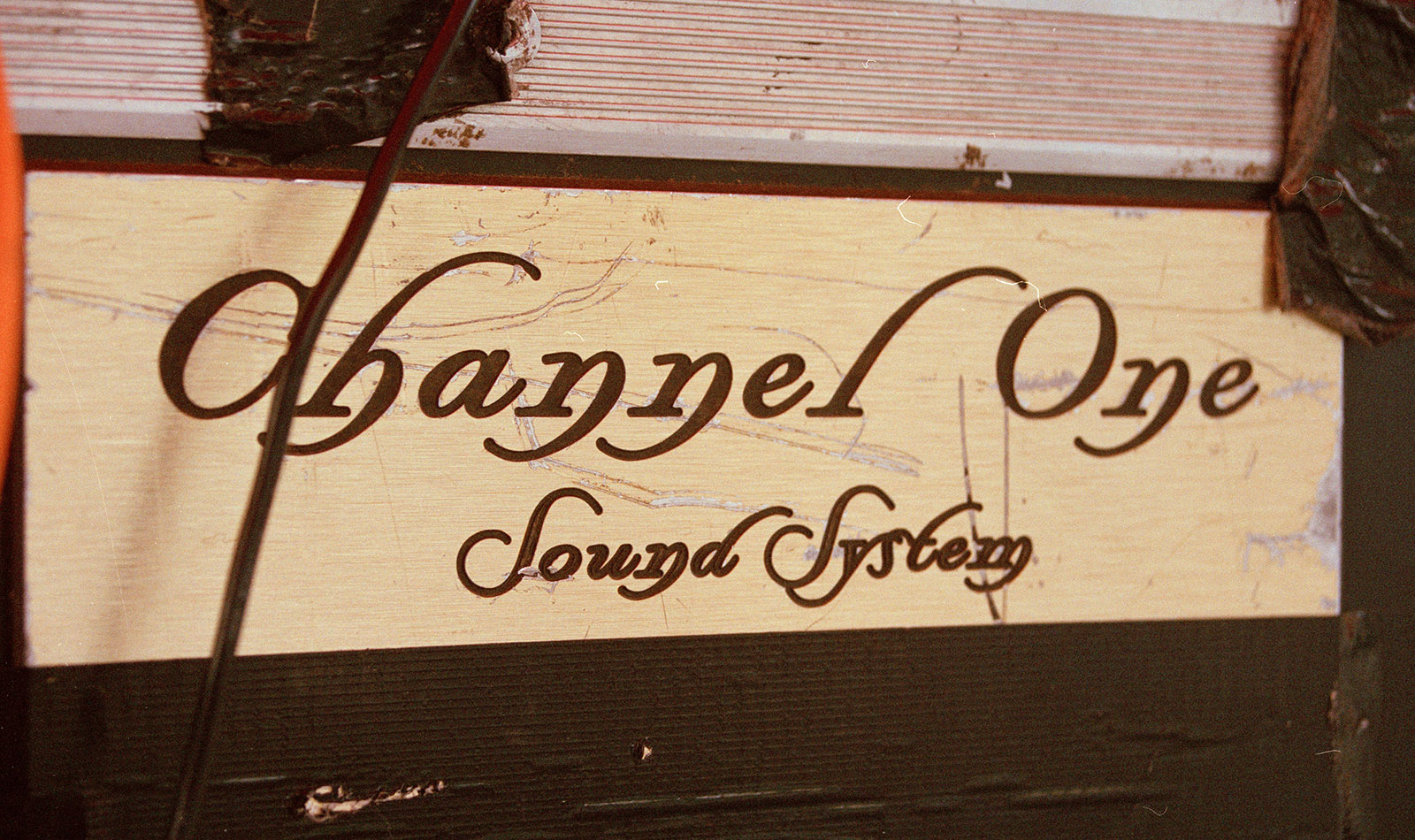 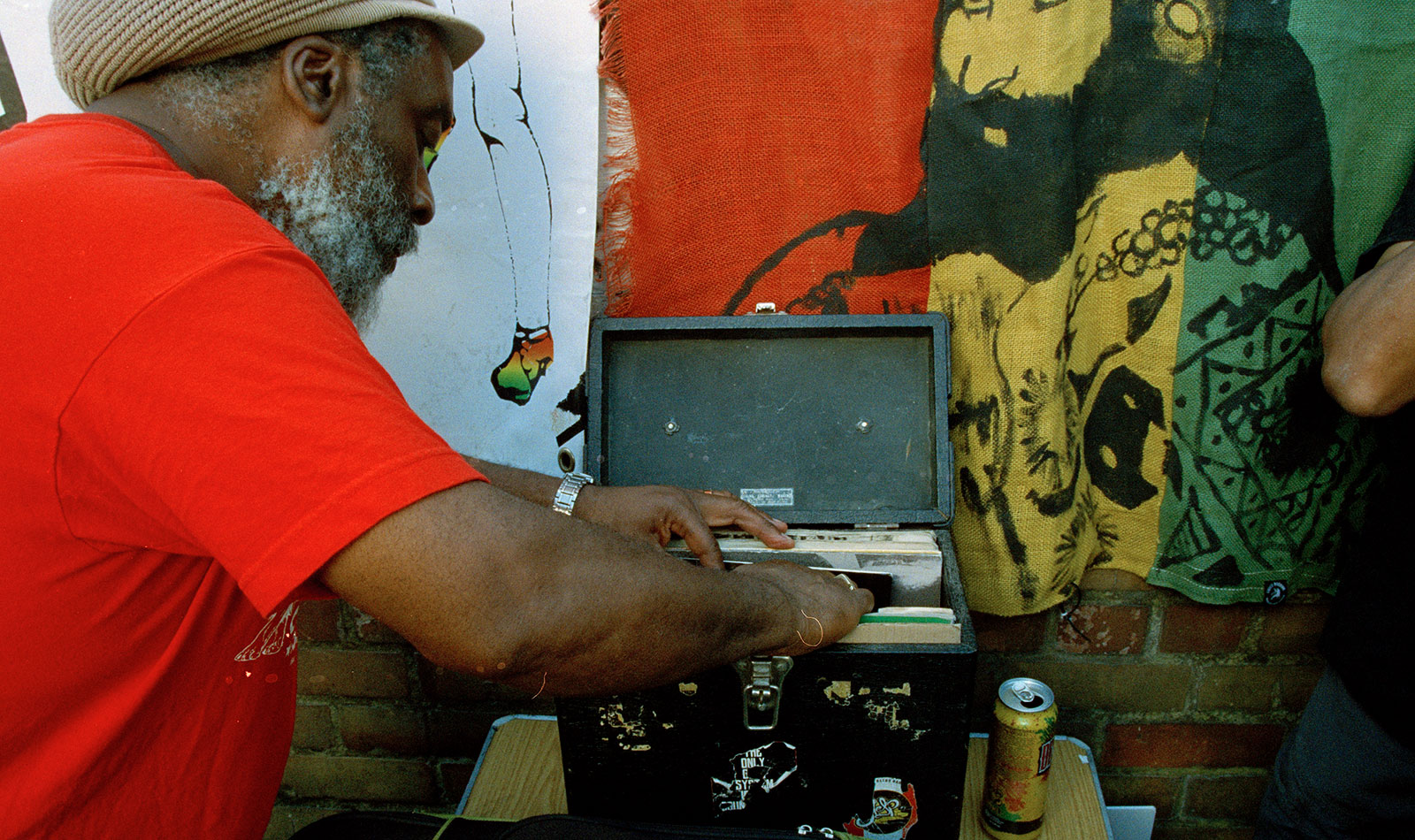 The Museum of London commissioned photographer Eddie Otchere to document the iconic Channel One Sound System at Notting Hill Carnival in August 2019. Run by Mikey Dread, Jah T and Ras Kayleb, Channel One has been a cornerstone of the Carnival since 1983. Their roots-rock-reggae music combines a heavy bass sound with a selection of old and new roots music that draws a massive crowd every year. Due to the Coronavirus pandemic, 2020 is the first year Channel One will not be performing live at Notting Hill Carnival. 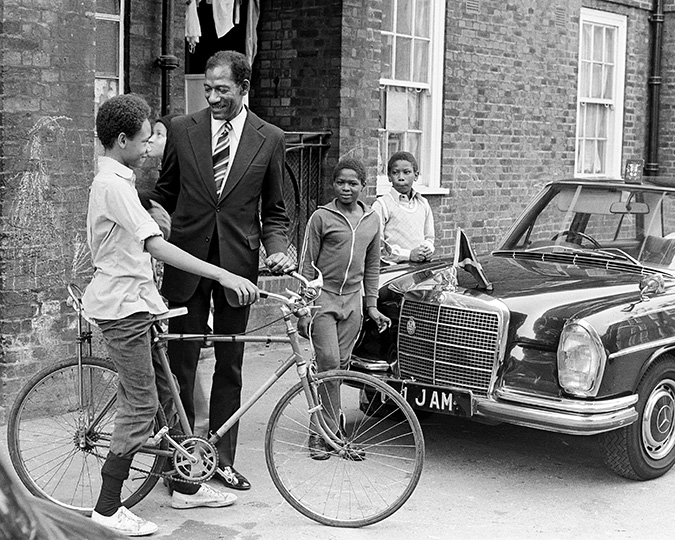 Introducing Listening to London and the Windrush Generation

Listen to past Londoners in our Oral History collections