In 2015, the museum began Beyond Documentary, a three year project supported by the Heritage Lottery Fund. This project has allowed us to expand the museum’s photography collection by collecting images which push the boundaries of traditional photography. Curator Francis Marshall takes us through some of these acquisitions, now on display in our galleries.

Senior Curator of Paintings,Prints and Drawings 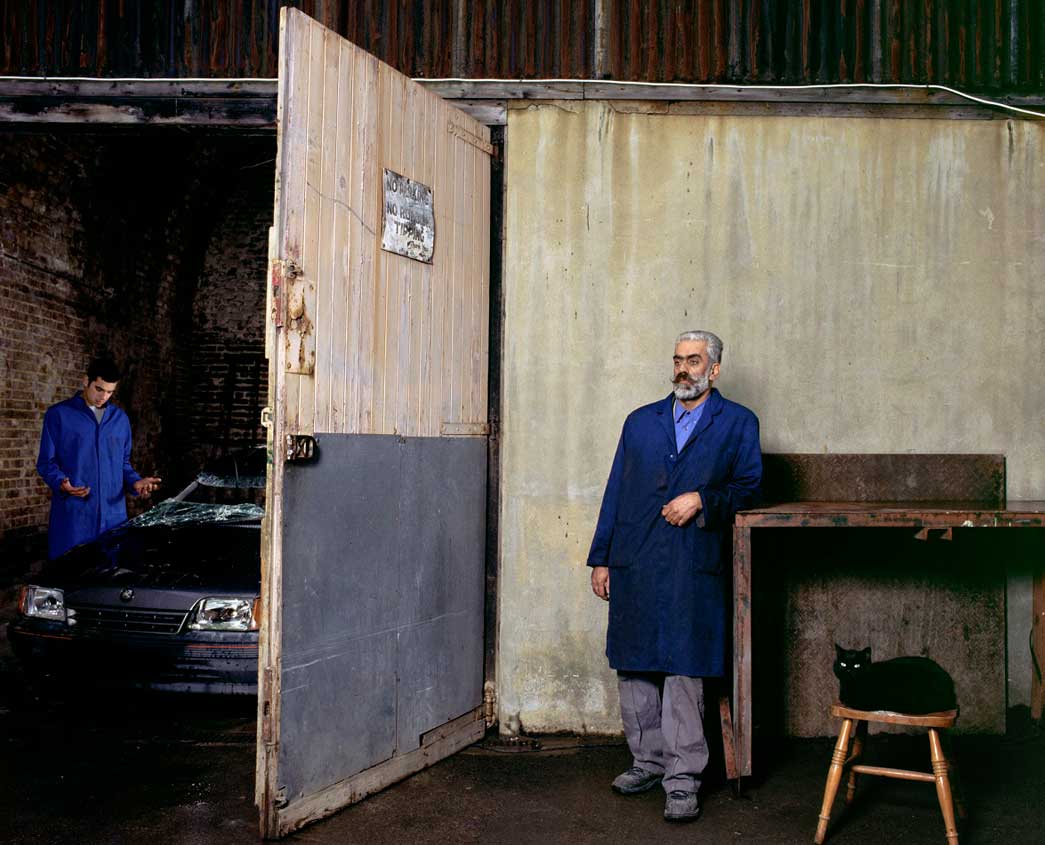 On display in Beyond Documentary. Purchased with the assistance of the Heritage Lottery Fund

The Museum of London has been collecting and displaying photographs since its creation. The collection’s roots lie in the photographs acquired from 1912 onward by its precursor, the London Museum, and images acquired in the early 1970's for the museum’s new home at London Wall.

Today the collection encompasses an estimated 150,000 objects, comprising a visual encyclopaedia of London’s physical and social fabric. The strength of the collection lies in its breadth and its documentary focus, with emphasis on working and social life, as well as the topography of London.

But since the late 1960s, photography has been used in increasingly experimental and conceptual ways, which question its documentary nature. This began, in part, because of artists’ growing interest during the 1960s in ‘new’ media, such as photography, film and video. From this point, photography began to be used to record performances and other activities, and to explore new subjects. This period also marks the gradual recognition of photography by the art establishment. The Arts Council, for instance, only established a full-time post to support photography as late as 1973. 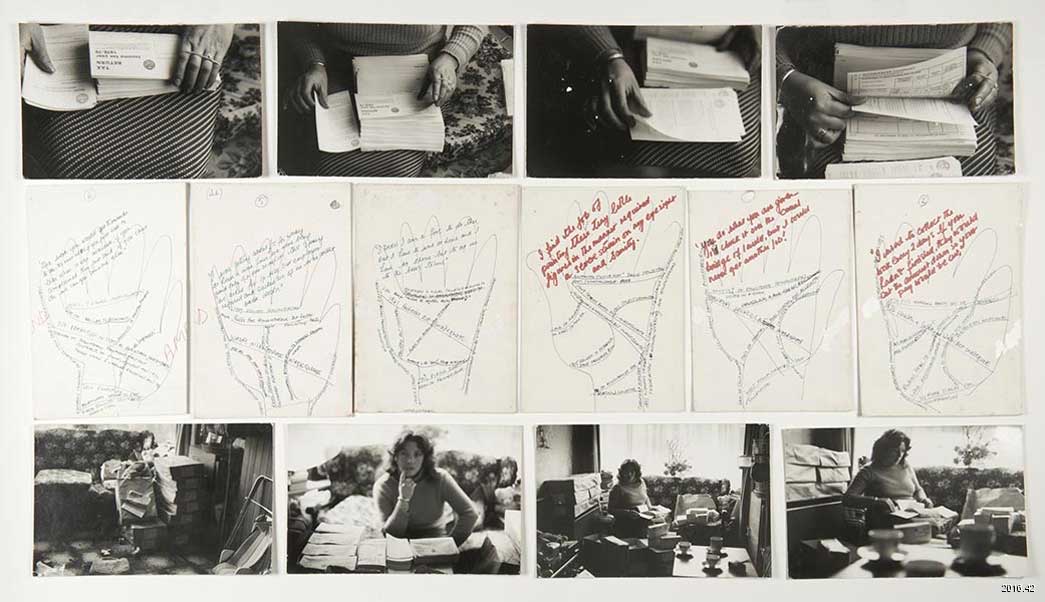 Margaret Harrison, Homeworkers: Mrs McGilvrey and the Hands of Law and Experience, 1978-1980

© Margaret Harrison. Purchased with the assistance of the Heritage Lottery Fund.

The work of Margaret Harrison, a pioneering feminist artist, reflects some of these developments particularly well. Homeworkers (1978-80), which we acquired in 2016, uses photography and text to consider the situation of women working at home following the commencement of the Equal Pay Act in 1975. The work consists of eight vintage black and white documentary photographs and six hand-drawn cards. The photographs record the living and working conditions of Mrs McGilvey, a homeworker looking after two young children on her own. The work she was doing was 'piece-work': she was paid for each box she assembled and packed with income tax forms. When Harrison visited Mrs McGilvey, every room in her house was filled with the boxes, including the kitchen and bathroom.

© Stephen Gill. Purchased with the assistance of the Heritage Lottery Fund, the Art Fund, and the ACE/V&A Purchase Grant Fund.

If some of the works we have collected examine social issues, others look at the urban environment and our engagement with it. Stephen Gill’s series, Hackney Flowers (2004-06), is a close examination of place. It was made using a cheap plastic camera to take photographs in Hackney Wick, east London. He used the resulting prints as base images which he combined with plant and other material from the area and re-photographed to create visually complex records of place. In some cases, he took this further by burying prints so that they reacted chemically with the soil. 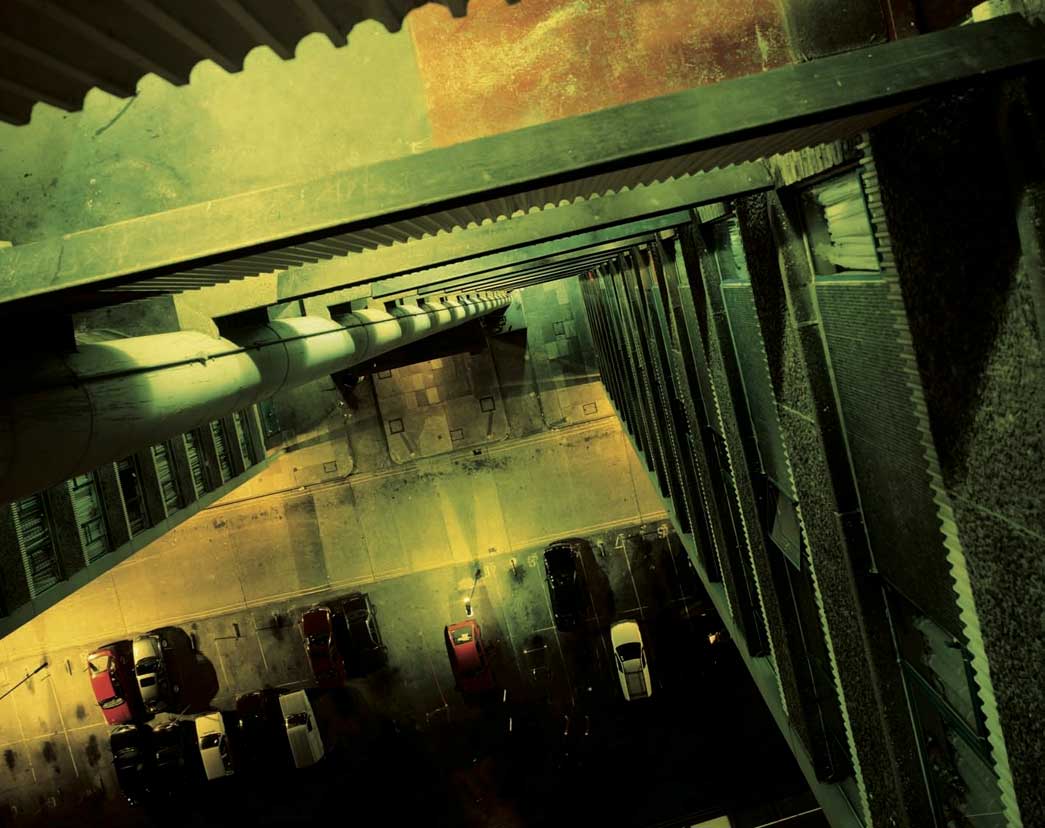 Purchased with the assistance of the Heritage Lottery Fund

Also looking at place, though from a very different perspective, is Rut Blees Luxemburg. Luxemburg works exclusively at night, shooting on 5” x 4” large format film. Her work often employs unusual vantage points and a colour palette of greens and yellows caused by street lighting. The large print we acquired, Vertiginous Exhilaration, is loaded with a sense of drama and emotional tension, heightened by the dizzying angle as we look directly down the height of an east London tower block towards the car park below. 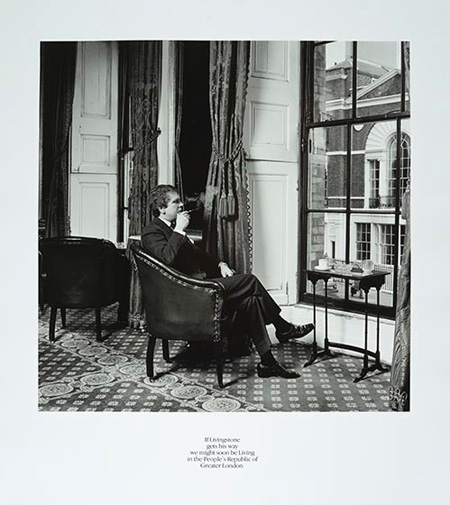 Karen Knorr, If Livingstone, from the series Gentlemen, 1981-83

"If Livingstone gets his way we might soon be Living in the People's Republic of Greater London." © Karen Knorr

The project was not just about acquiring new objects. An important element involved working with young Londoners to give them an insight into the museum and its collections. Specifically, this meant working with a filmmaker, a photographer and museum staff to make a short film about one of the photographers whose work we had collected. In the film shown here, Dan, Nada and Violeta met and interviewed photographer Karen Knorr. Through a series of thoughtfully composed questions and an informal discussion with Karen, they drew out the story behind her photo series Gentlemen, three prints from which we acquired in 2015.

It is clear from the film that, not unlike like Margaret Harrison, Karen consciously set out to critique class and gender roles in British society. She does this is in subtle ways, through details such as the unstable house of cards in one print, for instance, or by pairing her images with a text which either reinforces or undercuts how we read the image.

Important influences on Karen, as she revealed in the interview, were the 18th century British tradition of ‘conversation piece’ portraits, such as those of William Hogarth, and the satirical prints of Thomas Rowlandson. The museum has a large collection of works by Rowlandson and his contemporaries, so Karen’s admission helps to locate her work within a long tradition of British visual art which examines the society around it.

To date we have made four films in this way, each one different from the others, reflecting not only the nature of the subject matter but the ideas and responses of the participants. You can see these films, and the works that inspired them, in Beyond Documentary: Experimental Photography in London 1976-2006.

Beyond Documentary is a free exhibition at the Museum of London from 27 April 2018.

Senior Curator of Paintings,Prints and Drawings 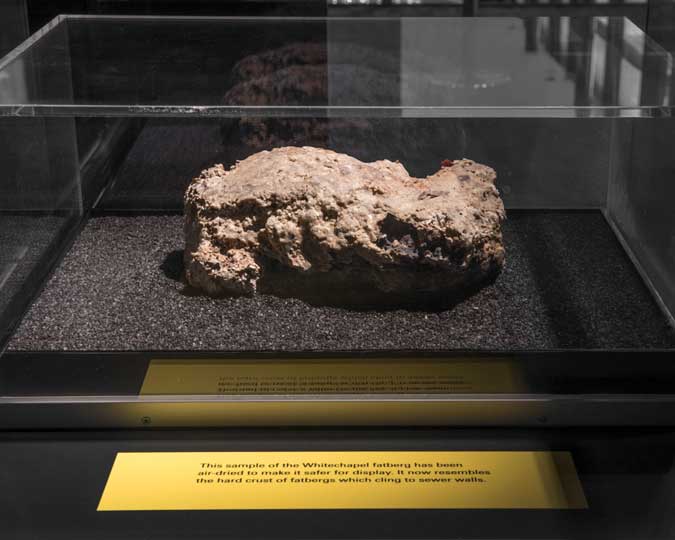 Watch Fatberg, now at the Museum of London

Watch a film of part of the Whitechapel fatberg being prepared for display at the museum.