The Museum of London's Archaeological Archive houses a vast collection of more than one million objects, far more than we can display in our galleries. Delving into our stores, Glynn Davis selects three of the smallest items from our Roman collections, each with a big story behind them. 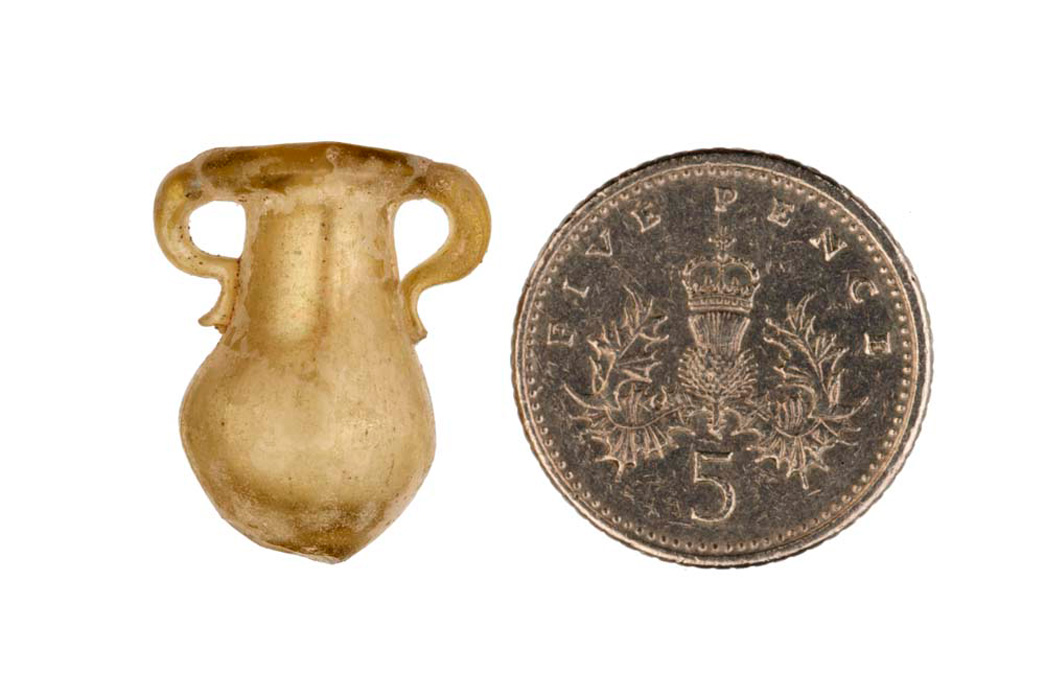 Excavated from Romano-British farmstead in Keston; ID no. 2848

Probably one of my favourite objects (if curators are allowed favourites) is this tiny glass ‘jar’, just 18 millimetres high. This was excavated from a Romano-British villa site in what is now Keston, in Bromley. What is remarkable about this miniscule glass object is that it is still intact and wasn’t destroyed by a troweling archaeologist when it was dug from the ground almost 50 years ago! The tiny two-handed jar was discovered alongside skeletal remains, both excavated from a rectangular tomb near the villa.

This object was deposited at the bottom of a small cut, which presumably once held an equally small coffin. It may have been originally placed with the burial of a child. The vessel is highly unusual. It is thought to be a tiny flask that could have held perfumed oil, for sprinkling over the body during the funeral rites. In the past, such vessels have also been interpreted as lacrimosae or ‘tear catchers’. The idea being that they were used to catch the tears of a mourner, perhaps a weeping parent, before being buried alongside the deceased. However, it is now thought more likely that these small bottles or flasks were used for oils, or perfumes. The tiny size of this example is perhaps a reflection of the smaIl child it was buried with, and it has to be one of the most emotionally charged objects we have in our collection at the Archaeological Archive. 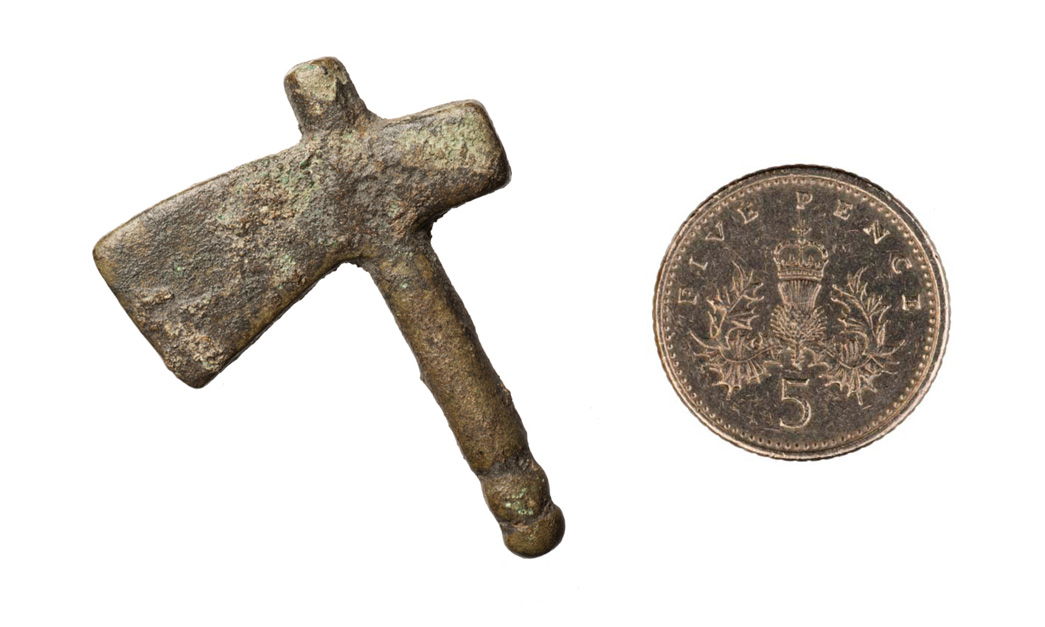 Miniature model of a Roman axe, with modern coin for scale

Increasing slightly in size from 18mm to 30mm, our next object is a little less unusual, but no less special. Miniature axes such as this are not uncommon finds across the Western Roman Empire, with a handful known from London. Archaeologists normally describe them as ‘votive’, meaning that they were sacred objects, perhaps left as a ritual offering for the gods. This description depends on the archaeological context where the object was discovered. Excavated at Lefevre road over 40 years ago, our axe may have been associated with the cemetery discovered there, but the records are unclear. The exact purpose of these minute axes is an ongoing debate, but they could well have functioned as a symbol of authority or maybe even be connected to the more ancient Celtic beliefs around sacrifice. 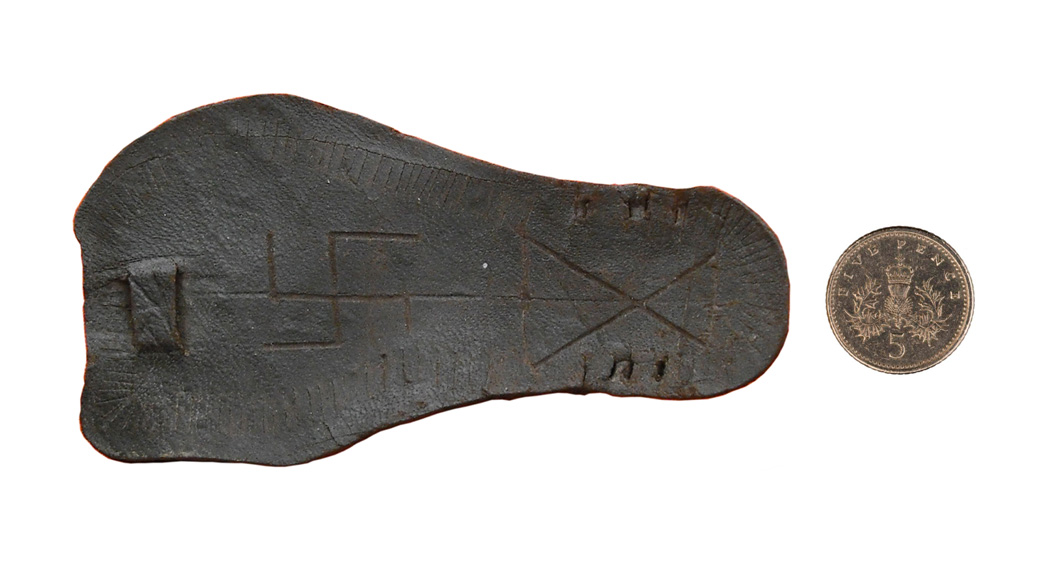 The last and largest of our top three tiny objects is a leather sandal with some rather unusual decoration. In the centre of the sole a swastika has been cut, as well as two crosses on the heel and on the toe loop fastener. Originally the swastika was a symbol of good fortune. The swastika and other designs on this shoe means it has, once again, been interpreted as a votive object. Our shoe, however, was uncovered over thirty years ago in the "fill" of the late Roman waterfront. Usually, the earthworks around a Roman quay (known as revetments) were backfilled with the city’s rubbish, so our shoe was perhaps discarded without ritual intent. The wet, oxygen-free conditions of the ground near the river also led to the sandal's near-perfect preservation.

Looking closer at the leather, we can see marks around the heel where the strap would have been stitched in, suggesting this was a functioning object. Other miniature versions of this sandal type have been found in London so there is no reason to presume that our shoe wasn’t worn by a tiny Roman tot. Perhaps the cross and swastika on the sole make more sense considering the vulnerability of young children in the ancient world. Anxious parents may have felt the need of parents to dissuade the evil eye or ward off other misfortunes that might befall their child.

Love Roman Londinium? Want to get updates about the city's buried past straight to your inbox? Sign up for our free Archaeology newsletter for upcoming exhibitions, events and articles.