London Nights contained hundreds of images capturing how Londoners work, rest and play after dark. Curator Anna Sparham writes about how our exhibition revealed the city's night journeys, from the last bus home to the view from the passing International Space Station. 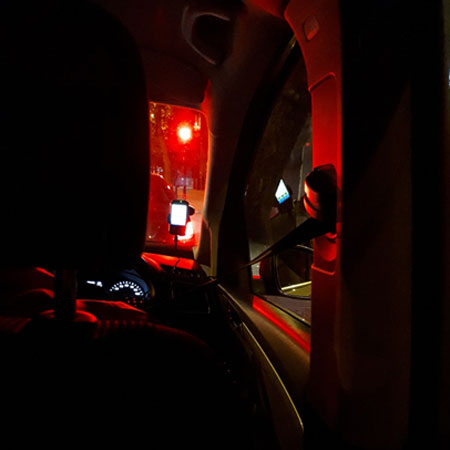 Photographed by the author.

Recently, on my way back from a late night radio interview where I had been speaking about the London Nights exhibition, I had the rare pleasure of a taxi journey home. It was a wonderful to sit back at the end of a very busy working day and observe the nocturnal city as we passed through one area to another: the central landmarks, crossing the river and out to suburban south London. I could simply take in the glorious half-lit streets, the nocturnal people and the activity of the city at night, mirroring the exhibition content I had just curated.

It's clear from London Nights that photographers and filmmakers have taken equal pleasure and inspiration from journeying through London. On foot, the city can be observed very acutely. Meandering through the streets wherever the feet or eye take you can be adventurous and liberating. Charles Dickens was famed for his night walking, describing London as his "magic lantern". He captured the scenes he saw in his nocturnal rambles in a book of essays, but photography lets us join the artist as they travel, and see the dark city through their eyes. 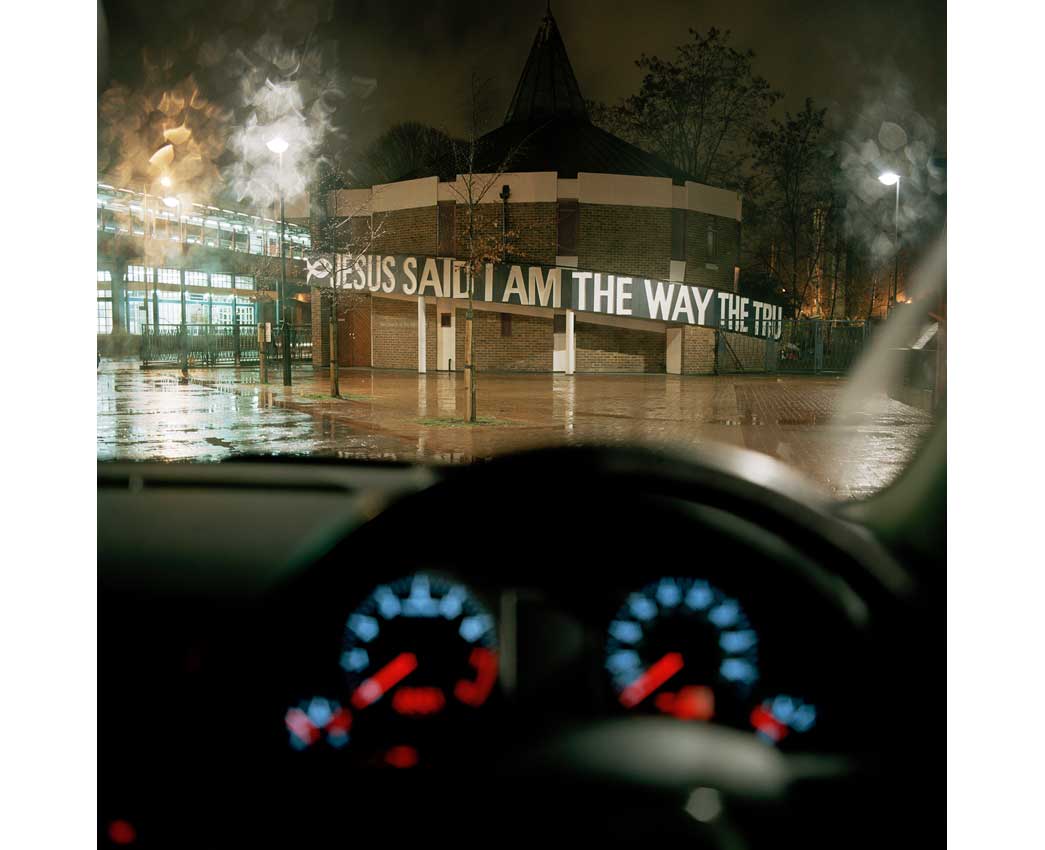 Niall McDiarmid, From the series Southwestern, 2010 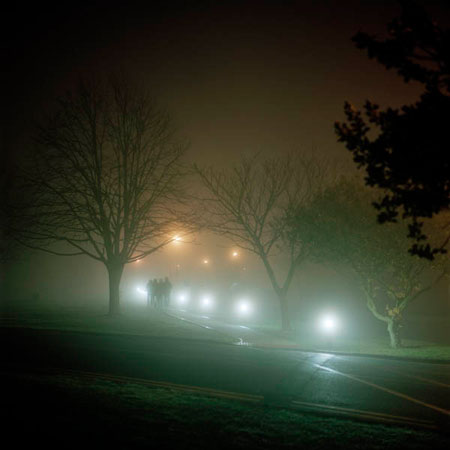 Niall McDiarmid: From the series Southwestern, 2008

Another opportunity presents itself when journeying by public transport, or indeed as a passenger in the car: you have the time and freedom to ponder, gaze and observe through the window. Those wheels are taking you to your set destination, leaving you to glide past the sights, be they remarkable landmarks or ordinary streets. Rut Blees Luxemburg – a renowned urban photographer – looked upon the night like this, from a moving vehicle, as she panned her camera through the City and Shoreditch to make her film London/Winterreise, on show in London Nights.

Another photographer, Niall McDiarmid, would take to his car at times to document his local neighbourhood, in this case through the windscreen. 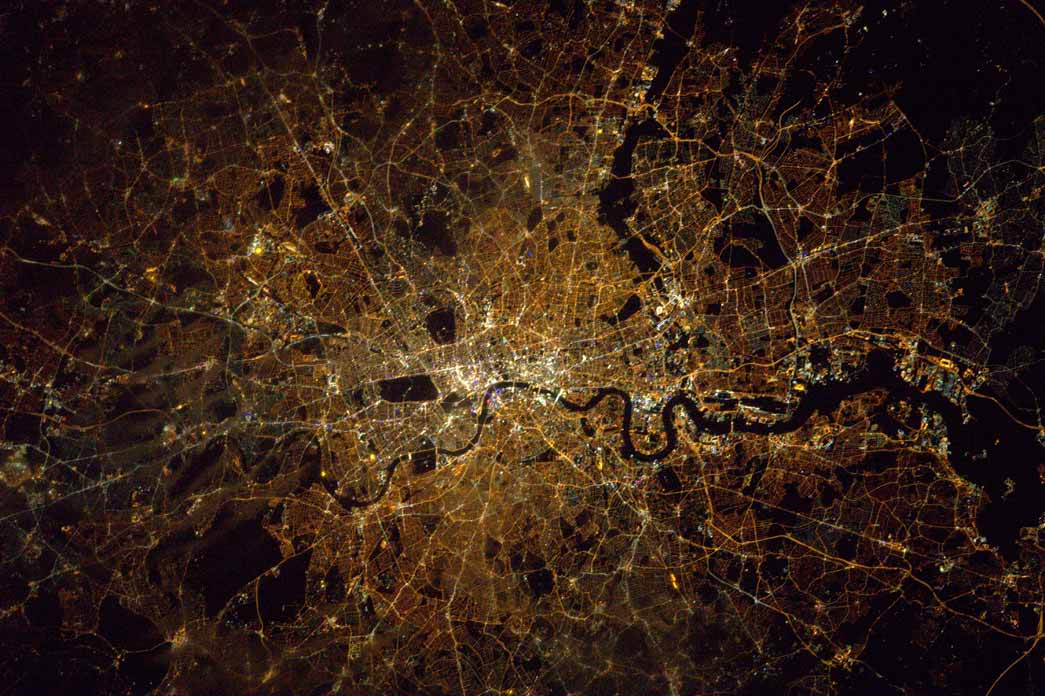 London from space, photographed on the International Space Station, 2016

Perhaps the ultimate perspective on the move would be from the International Space Station, where Tim Peake viewed London at night down below – also on show in our exhibition.

For other photographers, it is the act of travelling itself that captures the eye. People on the move are a recurrent theme for image-makers as they observe the behaviours of travellers engaging with their city and fellow Londoners. The commute to work and back, for example, is an integral part of London life. After dark this can feel more demanding, particularly in winter months: a solitary, street-lit journey at the end of a long day. Nick Turpin focused on this through his series Through a Glass Darkly, or On the Night Bus, which he made over the course of a couple of winters in Elephant and Castle. 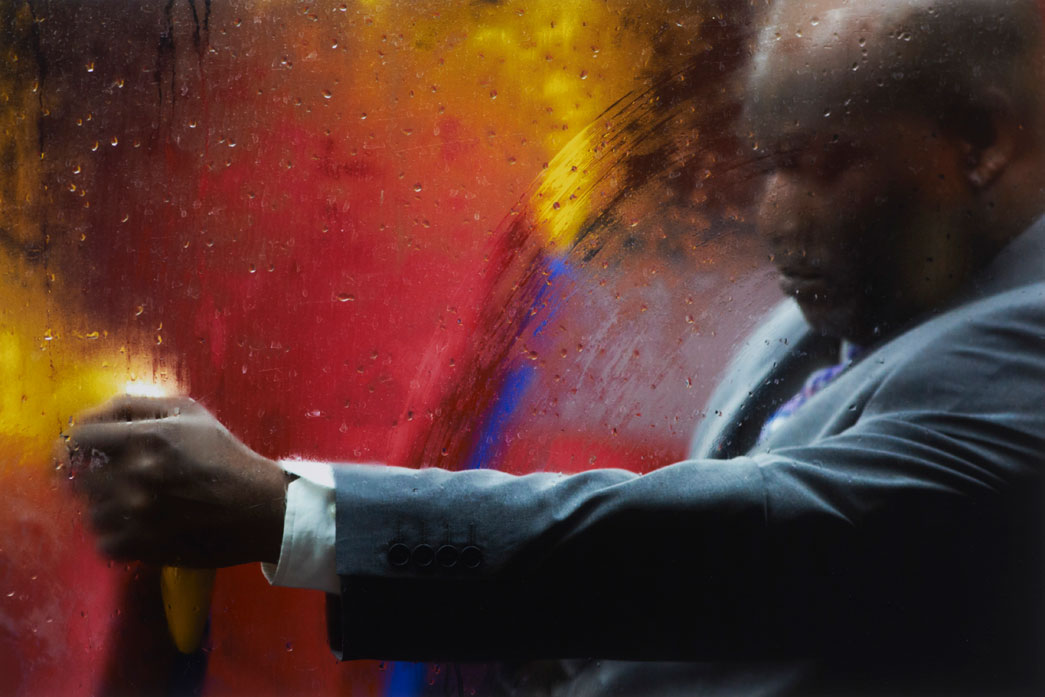 Nick Turpin, On the Night Bus.

Taking position on a raised platform at the shopping centre, Turpin waited for the numerous night buses to pull into their stops, then used a telephoto lens to look through the top deck windows. Focused on the framing of the individual windows, Turpin photographed passengers suspended in ‘no man’s land’, between their work life and their home life; in that recognisable transitional period of rest. The photographs are remarkably painterly, due to the condensation and external weather, and strike a familiar chord with those who have experienced the night bus. 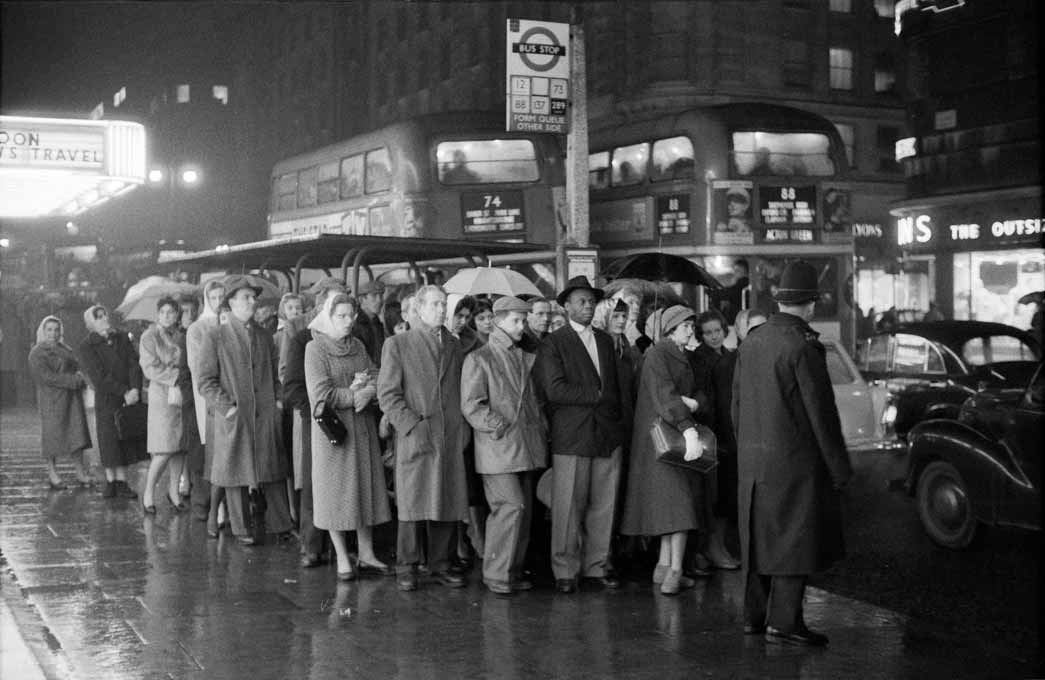 Earlier work on display in London Nights shows how photographers have long been fascinated with journeying through the capital at night. Barry Lewis’s series Coming and Going, which was commissioned by the museum in 1977, explores the daily realities of travelling to and from the city. We have on show four original photographs from this series drawn from the collections, including this one. 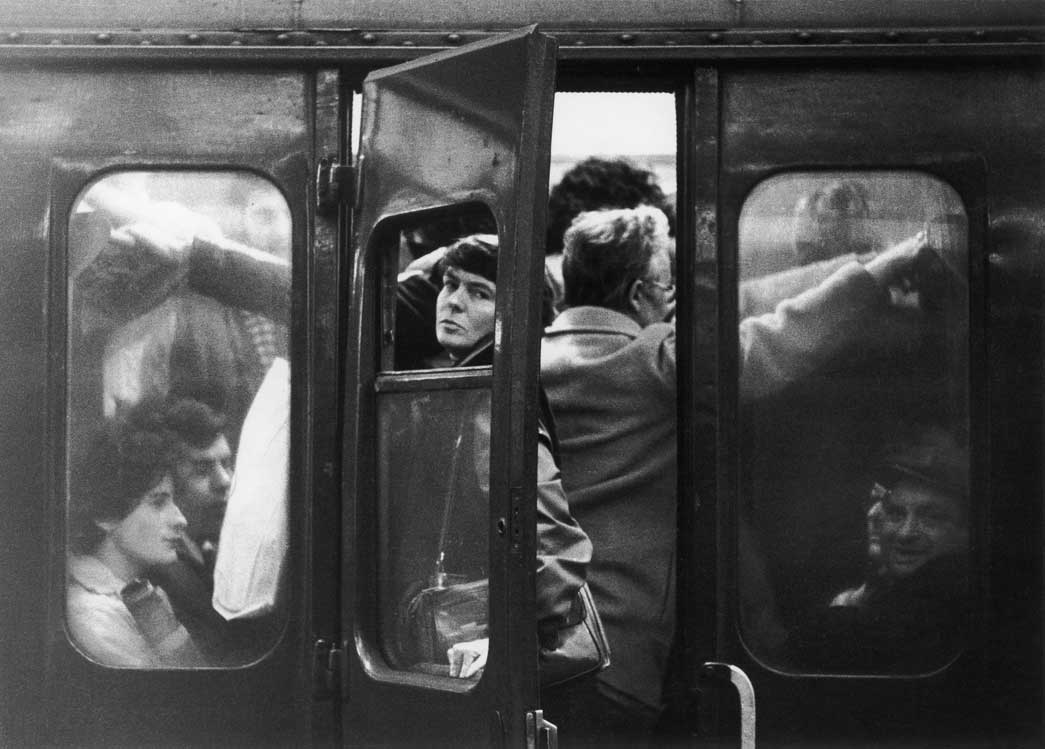 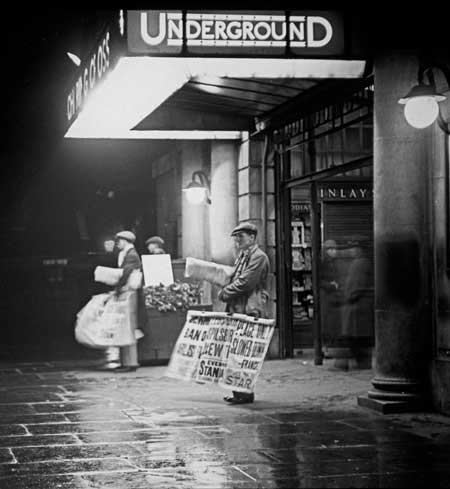 And then there are those photographers who have been pulled towards the train stations or bus stops themselves. Aspects of journeying that are all too familiar, then and now.

The everyday details of London life on the move deserve these slowed down observations, whether taken on foot, wheels or tracks. So next time you get the chance, take a moment to look up from your screen, paper or book to stare out the window. Or look around you while you walk, and take in the sights of a night journey for yourself. 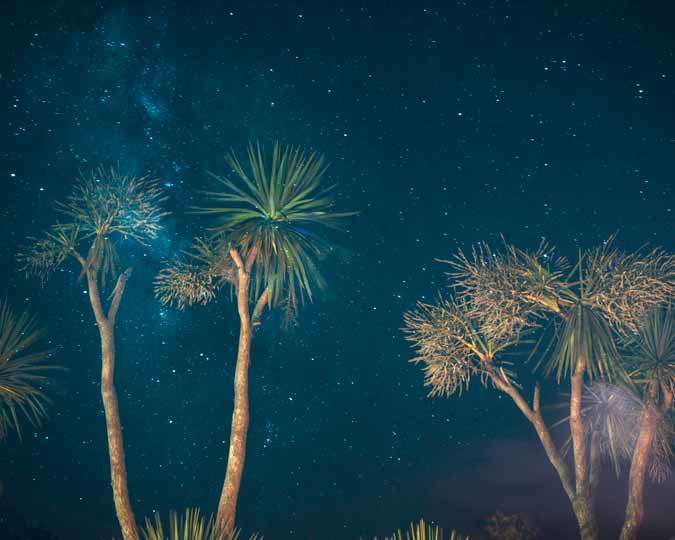 Displaying shots from photography students to capture how people see the city tonight.