With the UEFA Euro 2020 Football Championship rescheduled due to the Covid-19 pandemic, Dom and Zey explore previous moments in London’s history when football was either banned or postponed.

On 12 June 2020, football spectators and fans across the globe would have been settling in to watch the opening game of the UEFA Euro 2020 tournament. The tournament was due to be held across multiple cities in Europe to celebrate the 60th anniversary of the competition, with a selection of group games – including the final and semi-finals – held at Wembley Stadium here in London.

Because of the risk of spreading the virus through social contact, the tournament has been rescheduled for the summer of 2021. Football league matches were postponed across the world, including the Premier League. After a gap of several months, the Premier League returned on 17 June to complete the 2019/20 season.

The history of football, or at least ball games in general, spans centuries in the UK and globally, with historical evidence showing that people engaged in all sorts of ball games. This is certainly not the first time that football matches have been postponed. There have in fact been many attempts to ban the sport altogether, some more successful than others. Here we examine some of these moments from London’s football history. 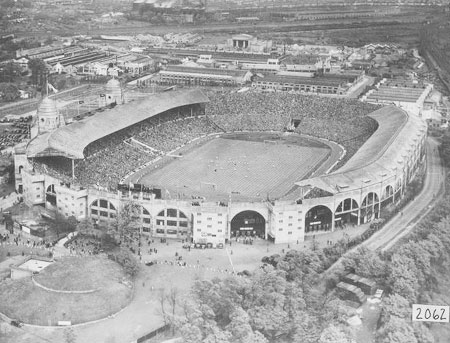 In the 12th century, Cleric William Fitzstephen described London in ‘Descriptio Nobilissimi Civitatis Londoniae’ and mentions the playing of ball games at Carnival. Carnival, or Shrovetide, was the annual festival marking the beginning of Lent. He writes:

"After lunch all the youth of the city go out into the fields to take part in a ball game. The students of each school have their own ball; the workers from each city craft are also carrying their balls. Older citizens, fathers, and wealthy citizens come on horseback to watch their juniors competing, and to relive their own youth vicariously: you can see their inner passions aroused as they watch the action and get caught up in the fun being had by the carefree adolescents".

Transcribed from Latin, this text informs us that young players of the city each possessed their own ball, though it is unclear how many balls were in play at any one time. Fitzstephen does not elaborate on the rules of the game, but perhaps the presence of multiple balls meant that multiple games were being played in tandem. What we do learn is that football-like ball games had been played by the generations before, who seem to have been caught up in the fun of watching the action and reliving their youth. 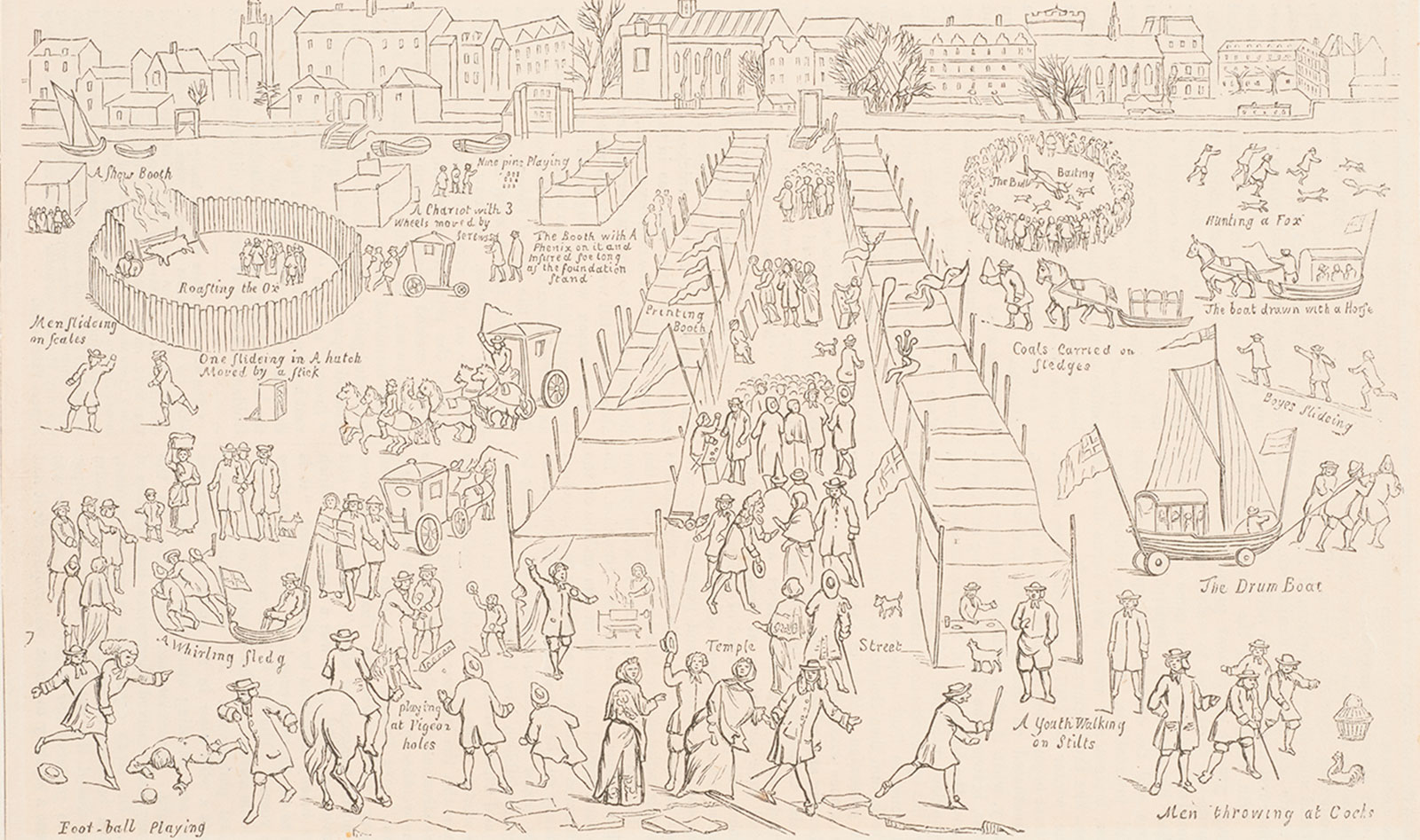 Football at frost fair on the Thames

View of a frost fair on the Thames in 1684 showing ‘foot-ball’ being played in the bottom left hand corner. This etching was probably made in the nineteenth century but is based on an engraving of 1685

In the 14th century there were many attempts to ban football. In 1314 the Mayor of London, Nicholas de Farndone, issued a proclamation to ban the game of football in the City as it was causing disruption. The punishment was imprisonment. Prior to this ban there were no rules in comparison with the game we know today, and no regulations dictating the size of pitch; or distance between the ‘goals’. The sport allowed an unlimited number of players to participate, using a ball made from an animal bladder. This game was violent and caused damage to both people and property, in some cases resulting in death. Medieval football would certainly not have stopped for our modern VAR (Video Assistant Referee).

With the rise of Puritanism in the 16th and 17th centuries, football was targeted again, along with other sports and pastimes such as the theatre. Punishment for playing the game could result in being sentenced to the stocks, a restraining device that was used for corporal punishment and public humiliation. The Puritans wanted to keep the Sabbath as a day of peace and football was seen as a disturbance, so it was banned. The Puritans certainly would not have been watching Super Sunday on Sky Sports.

Nevertheless, football remained popular. Despite many laws being issued, no amount of bans or legislation could completely stop the game being played throughout the centuries. On 26 October 1863 representatives from clubs across London met to regulate the game at the Freemasons Tavern on Great Queen Street in the West End of London. The Football Association was born. 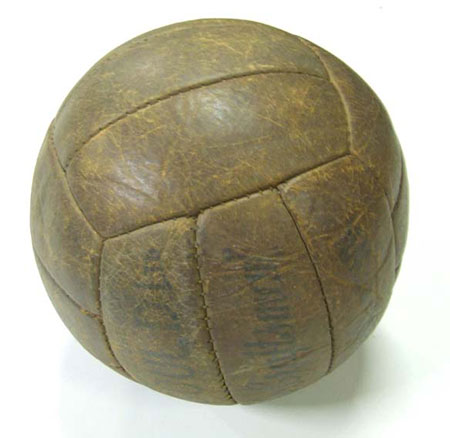 The two world wars of the 20th century brought long suspensions to the game. The men’s Football League completed its 1914/15 season, but due to the outbreak of the First World War, it was suspended until 1919. Men went to war and the women filled the gaps in the workforce at home. Professional footballers joined the war effort and many were killed in battle, including Walter Tull, who had played professionally for Tottenham Hotspur and was one of the first Black commissioned officers to serve in the British army commanding white soldiers. 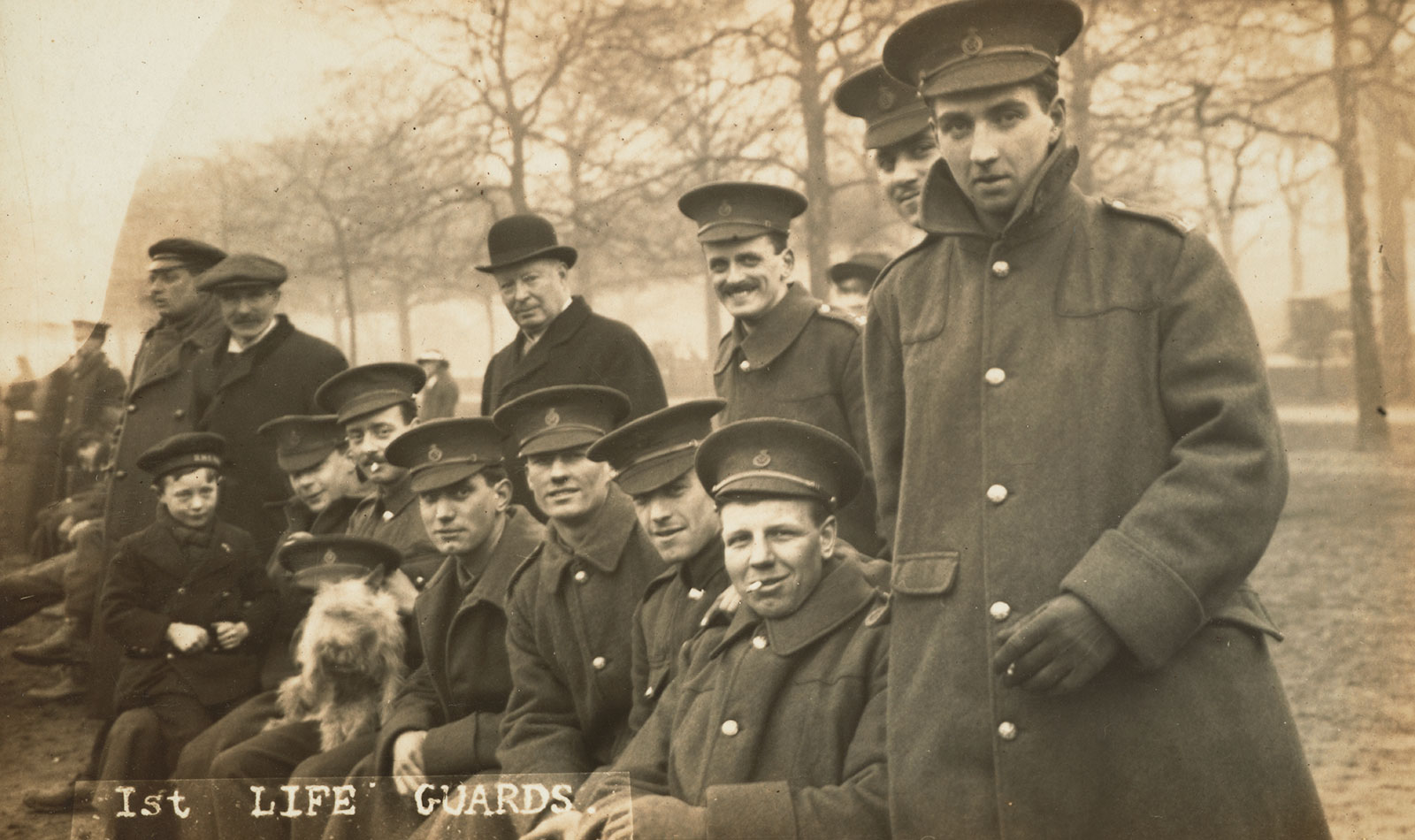 Wartime created a surge in women’s football. Many women worked in munitions factories, where they created teams to play football. Women had been playing football long before the war – we know for example of female teams existing in the Middle Ages. But women’s football was now being played competitively giving spectators and fans entertainment and a morale boost during wartime.

By the 1920s women’s football was very popular and games were drawing crowds of thousands. However on 5 December 1921 the Football Association banned women from playing football on their grounds. The FA’s reasoning at the time was that ‘the game of football was quite unsuitable for females and ought not to be encouraged’. Men were returning from war and women were no longer required to work and encouraged to return back to their duties in the home. The ban was not lifted until 1971. Women’s football is still popular today, but if that ban had not occurred perhaps we would be seeing a women’s league that had grown in parallel with the men’s. 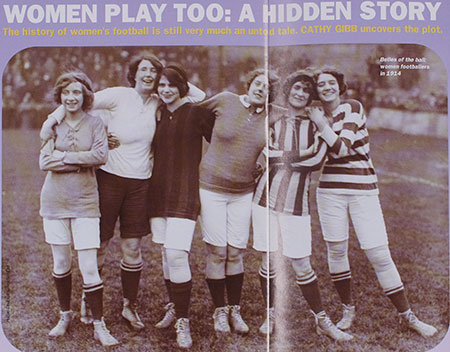 ‘Women Play too: A Hidden Story’

Photograph from article in Kick it Again magazine, titled ‘Women Play too: A Hidden Story’, 1995

The women’s UEFA Euro 2021 tournament has now been postponed until July 2022, following the movement of the men’s Euro 2020 to the summer of 2021. UEFA have stated that with the ‘commitment to the growth of women’s football at the forefront of [their] thinking’, they have moved it to the following year to ensure that the ‘competition will be the only major football tournament of the summer, providing it with the spotlight it deserves’. 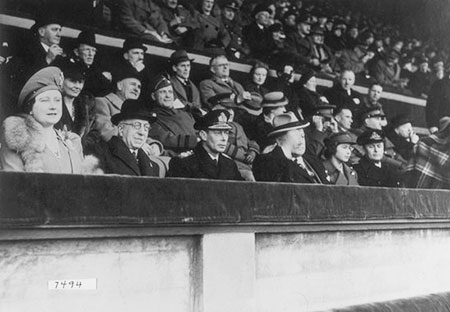 Football was suspended again during the Second World War until the 1946/47 season. The Wartime League replaced it during that time resulting in a Football League War Cup. The southern finals were held at Wembley and the spectators seen in photograph above, taken in April 1945, would have been part of a crowd of 90,000. The image here is in stark contrast to the royals from the past who tried to ban football. Now royals attend and support matches, and Prince William is even the current President of the Football Association (FA). 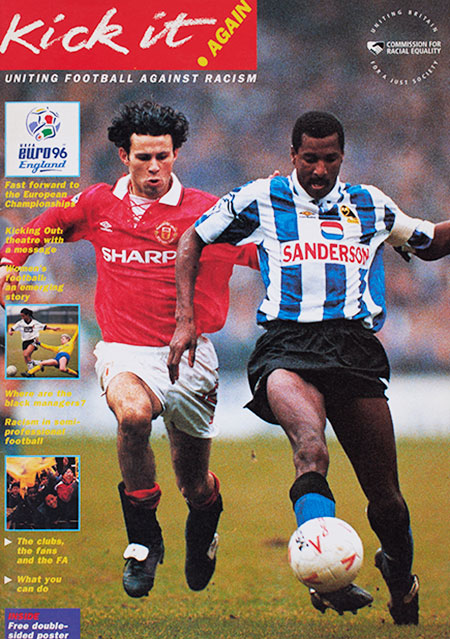 Kick it Again Magazine - Uniting Football Against Racism, produced by the Commission for Racial Equality, 1995

With the return of the Premier League in June this year, football continues to reflect the challenges of our time. Under strict new Covid-19 rules and social distancing measures, so far matches have been played in empty stadiums with seats covered with banners, artificial crowd noise to create atmosphere, and video communication platforms to stream live footage of fans cheering from their homes. Poignantly, the opening matches also saw players and officials take the knee to show support for the Black Lives Matter movement, with all players’ kits customised to read ‘Black Lives Matter’ across the back of their shirts where surnames would usually be. How this will translate into combatting racism and anti-blackness within football and creating lasting change is yet to be seen. 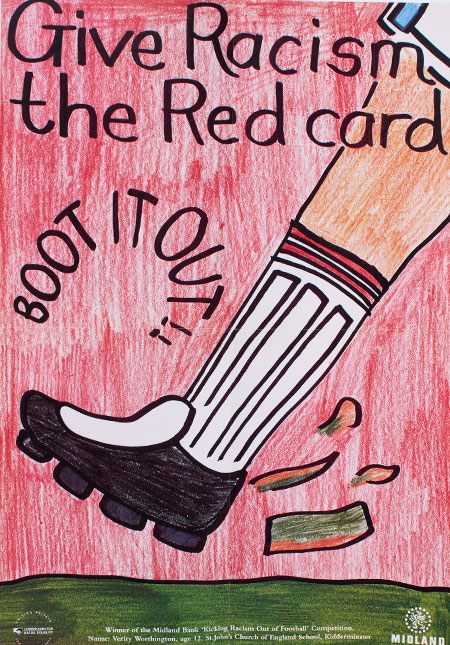 'Give Racism the Red Card, Boot it Out!'

As we look ahead to the start of the new Premier League season beginning in September, fans are waiting to hear whether a limited amount of spectators will finally be allowed to attend matches within stadiums, those attending will be under strict new Covid-19 rules and social distancing will still be implemented. The collection at the Museum of London reminds us that football has been a source of comfort and entertainment to those living through strange and difficult periods of London’s history.

A note on Walter Tull: A professional footballer who played for Tottenham Hotspur, among other clubs, Tull was one of the first Black commissioned officers to serve in the British Army and lead white British soldiers into battle during the First World War. Tull fought in the Battle of the Somme in 1916 and was killed in action in 1918 during the First Battle of Bapaume. Find out more about Walter Tull and his extraordinary achievements on this YouTube video from BBC Sport 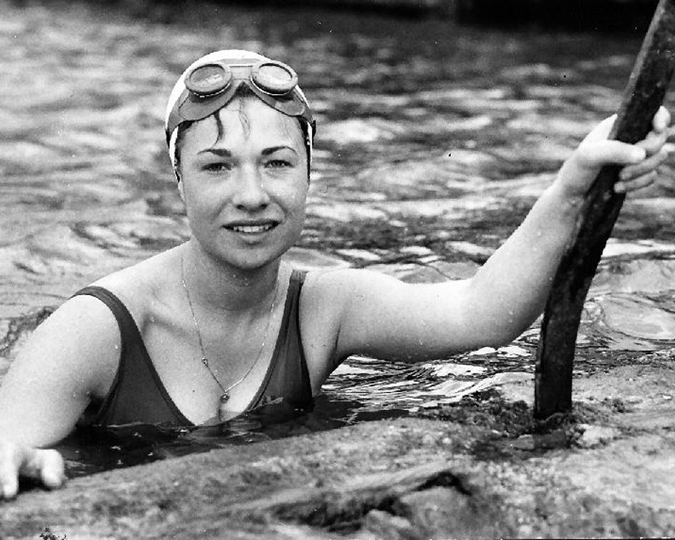 Caitlin Davies, author of Downstream: A History and celebration of Swimming the River Thames, takes a look at some of the pioneers of swimming in the Thames. 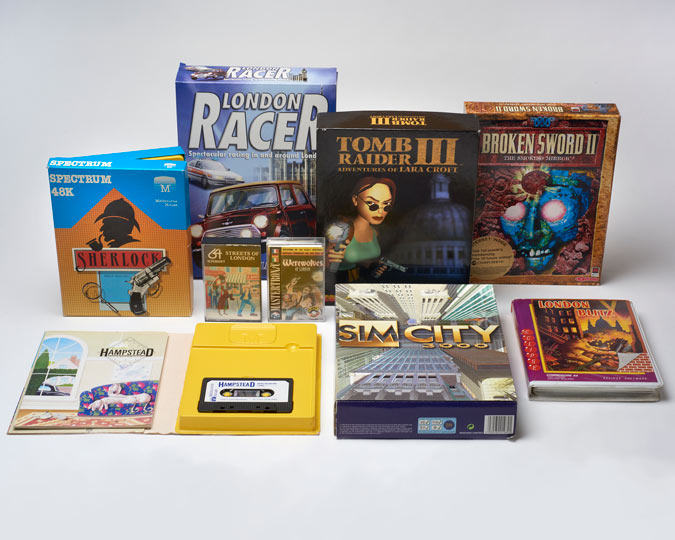 The challenges and rewards of preserving antique video games in the Museum of London.