Photographers Roger Mayne and Henry Grant brought an outsider's perspective to North Kensington, fascinated by the community they found there. Final part of our series on documenting the changing lives of black Londoners.

Our Curating London project is about to move into the borough of North Kensington. We're collecting contemporary objects, images and stories to record how Londoners live in the 21st century. In North Kensington, the Museum of London will collaborate with local youth arts collective FerArts to explore the rich history and identity of this culturally diverse area of London. To mark the occasion, and commemorate Black History Month, we’ve delved into our collections to highlight the work of photographers who documented North Kensington’s black British community, from Charlie Phillips to Neil Kenlock.

Generally better known than Charlie Phillips’ images are Roger Mayne’s pictures, taken in and around Southam Street in North Kensington. Not far from the more upmarket part of West London he called home, the white freelance photojournalist encountered in Southam Street a world of difference. In 1956, the road’s derelict Victorian terraced houses, some of which had suffered bomb damage during the war, were earmarked for demolition as part of a slum clearance programme. They were to make way for a modern council estate, Erno Goldfinger’s now famous Brutalist Trellick Tower. 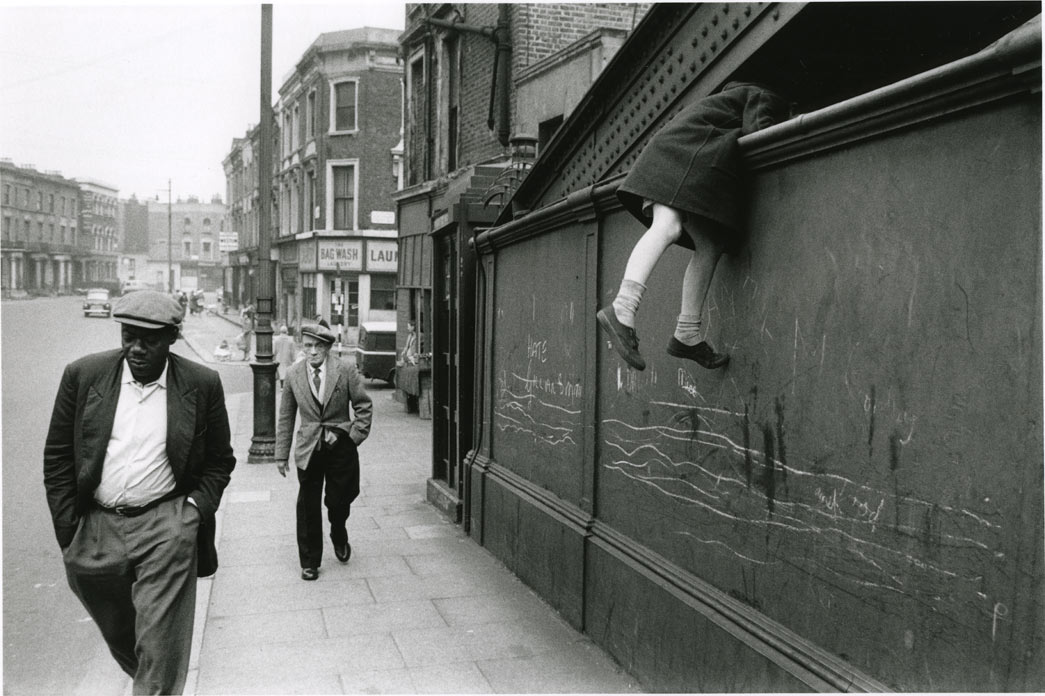 Mayne became fascinated by the vivid working-class community that populated the street and he returned to the area time and again. Southam Street had it all: children playing football and other games, jiving teenagers, gossiping mothers, and newly arrived immigrants. “I just remember turning the corner into Southam Street and being greeted by this wonderful life,”. Over a period of five years Mayne repeatedly photographed the street and its surrounding neighbourhood, eventually producing circa 1,400 photographs that capture the many different strands of local life in the area. 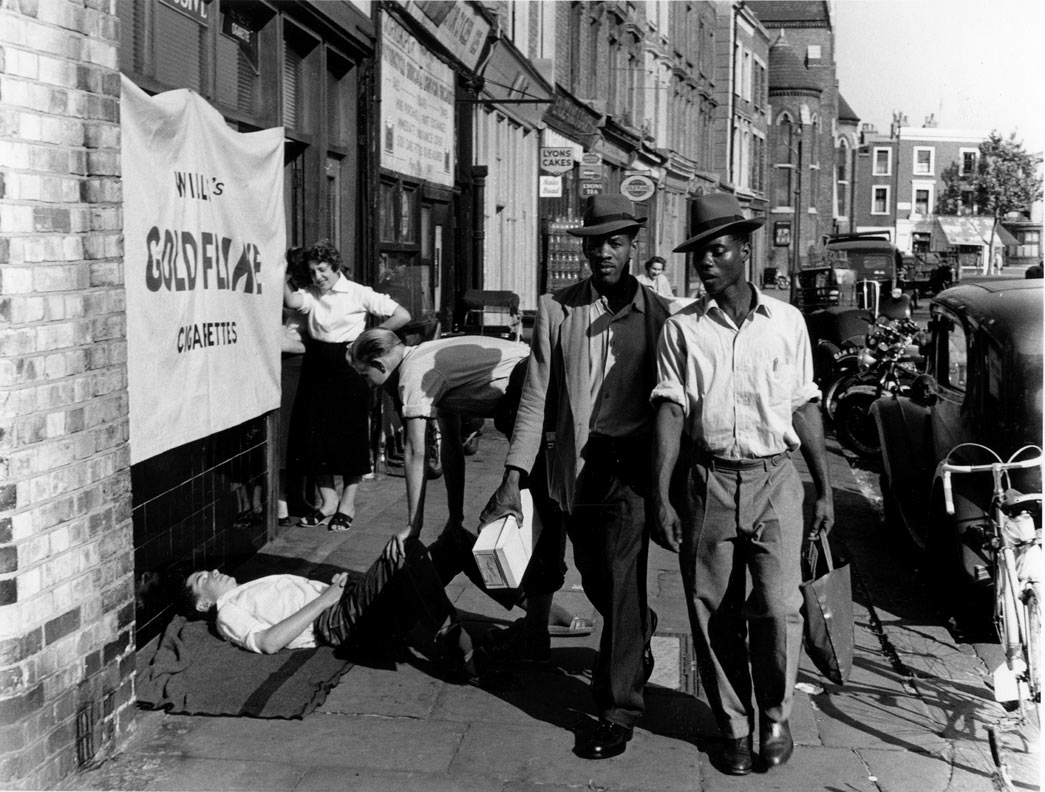 Like Charlie Phillips, Mayne was a self-taught photographer, but came from a very different background. He originally hailed from Cambridge and became acquainted with the work of celebrated photographers such as Walker Evans, Paul Strand and Henri Cartier-Bresson during his studies in chemistry at Oxford University. He is now one of the best known British social documentary photographers of the twentieth century. Mayne’s pictures of North Kensington form an interesting juxtaposition with Phillips’ both documenting the economic and social changes in post-war London.

Unlike Phillips, Mayne experienced life in North Kensington from the point of view of an outsider. He stated at the time that “my reason for photographing the poor streets is that I love them and the life on them (I am concerned here with what I see: for the moment it is irrelevant that most of the houses have no baths and that their structure is endangered by disrepair). Empty, the streets have their own kind of beauty, a kind of decaying splendour and always great atmosphere.” 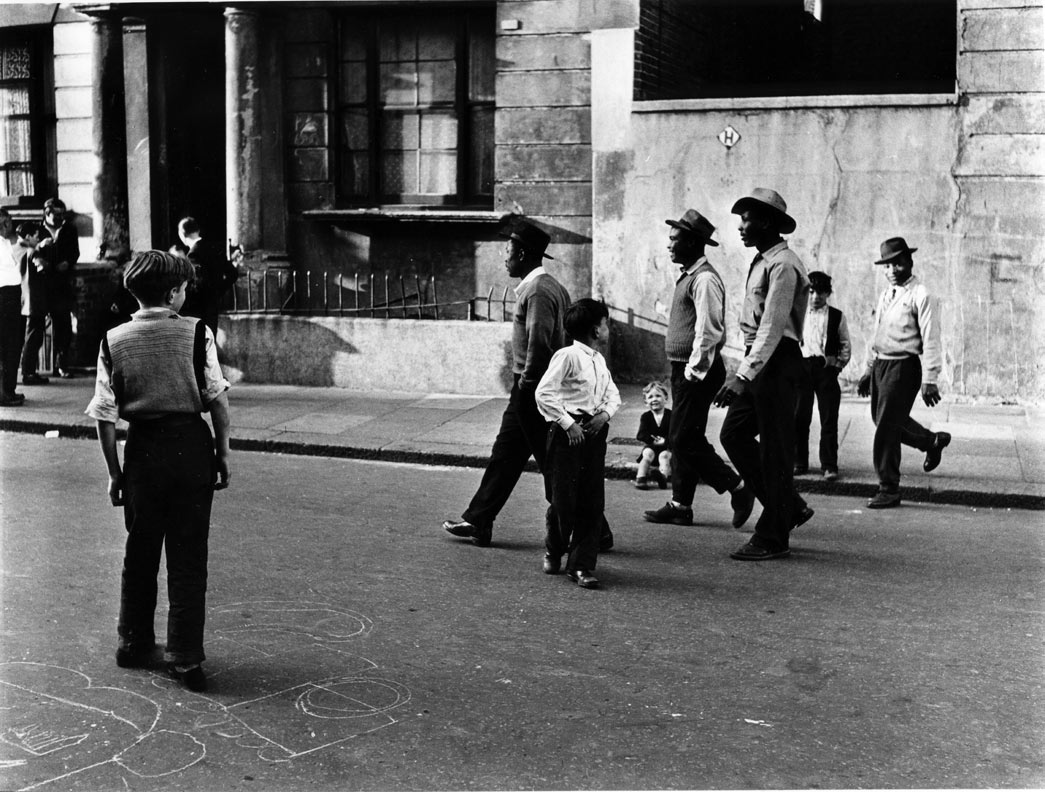 A group of black men walking along Southam Street, W10, 1956

Mayne undoubtedly had a more romantic view of the area than Phillips, and his work suggests a larger physical distance with his subjects when compared to Phillips’ who was firmly embedded in the community he photographed. Mayne’s gaze nevertheless exposes some of the sharpest divisions and intersections between class and race in this local community. He recorded black and white Londoners living side by side, but a more subtle reading of his photographs also reveals the close co-existence of two profoundly different worlds of experience.

Images of ‘Teddy Boys' and 'Teddy Girls’ are among Mayne’s best-known work. This subculture was associated with Rock and Roll, and popular with young working class people. They sported fashionable tailored suits, quiffed up hair and crepe-soled shoes. Juxtaposed with his photographs of black Londoners they remind us of the strong racist views held by some members of that subculture, who are said to have been instrumental in the attacks that ignited the 1958 Notting Hill “race riots”. 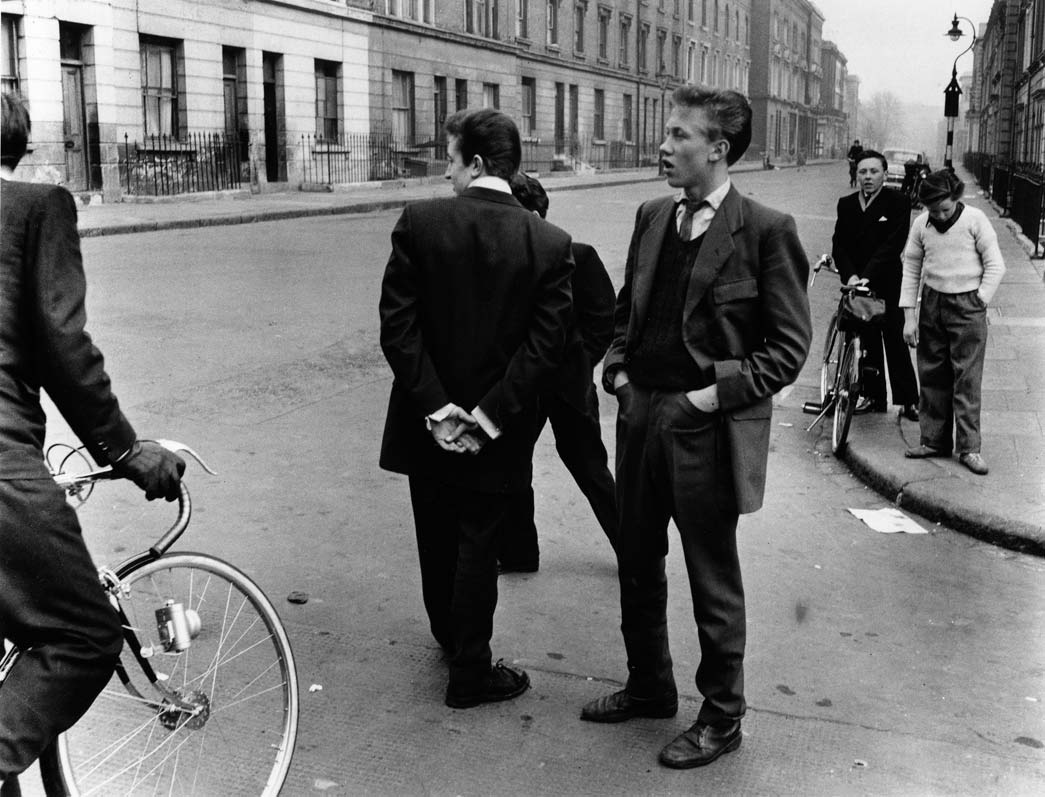 Much of Mayne’s work in North Kensington focused on the exuberant outdoor play of children, a common theme in mid-century street photography. “The first day I discovered Southam Street I was so excited. I was a bit shy, and eased myself into photographing the children. When I had taken the photos they just went on with their games, playing football or swinging on lampposts. They got to know me and understood I wanted them photographed unawares.” 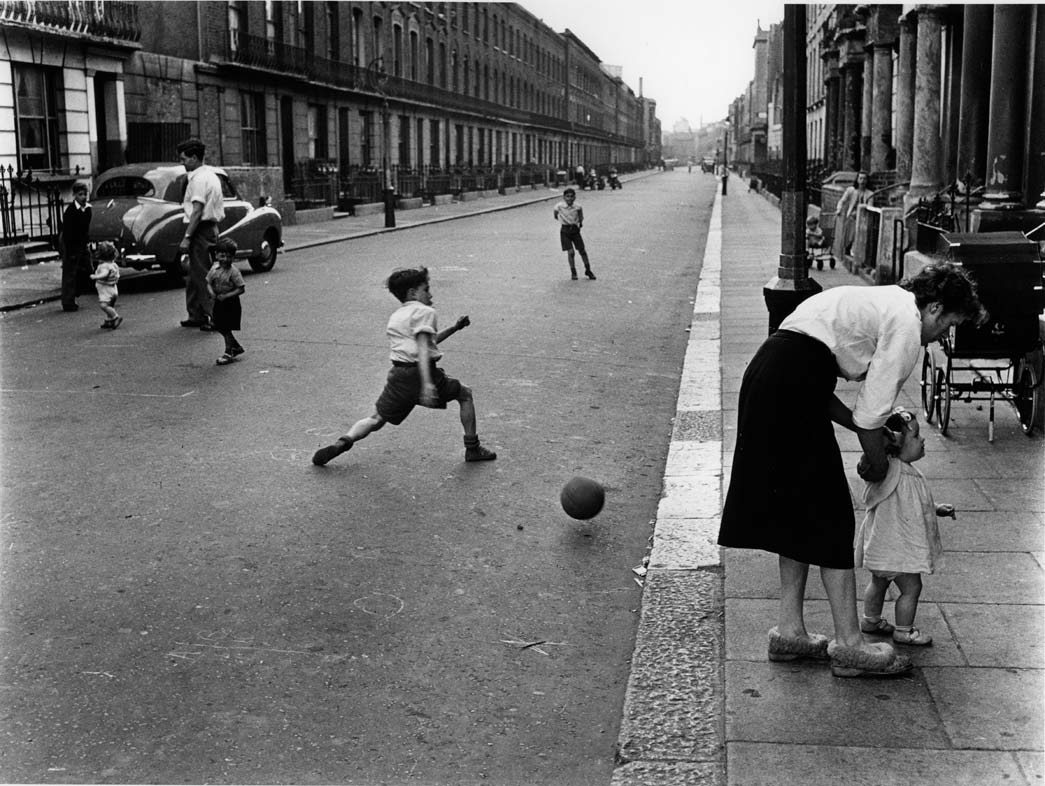 Boys playing football in the middle of Southam Street, W10, 1956

Photographer Henry Grant, whose archive of around 80,000 images forms a substantial part of our photo collection, was equally fascinated by the liveliness and imagination of children at play, particularly in impoverished neighbourhoods. Grant was an active supporter of social and political reform and an avid photographer with an unusually broad vision of London. He visited North Kensington in the 1950s and 1960s to document the ‘junk playgrounds’ that sprung up all around London in the late post-war period. The radical new concept of the Adventure Playground emerged in this period, in response to the widespread phenomenon of children utilising bomb and building sites to play among ruins and waste material. Strategies to adopt such makeshift spaces as regulated playgrounds mitigated risk, while maintaining the excitement and imaginative power of such unruly places. They represented much-needed play spaces in otherwise deprived neighbourhoods. Grant’s photographs of the Adventure Playgrounds around Notting Hill capture this minor revolutionary moment in outdoor play. It continues to have a legacy today, with children from all sorts of cultural-economic backgrounds coming together to climb, slide, swing, run, build, craft and explore. 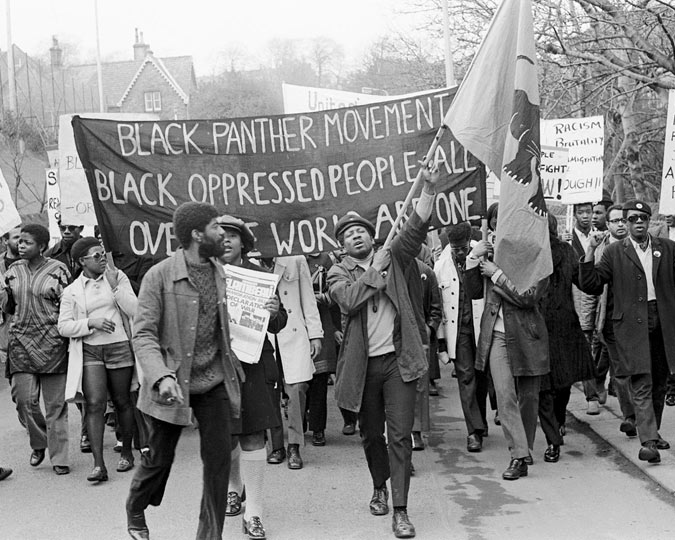 Two radical photographers who captured the lives of black Londoners. 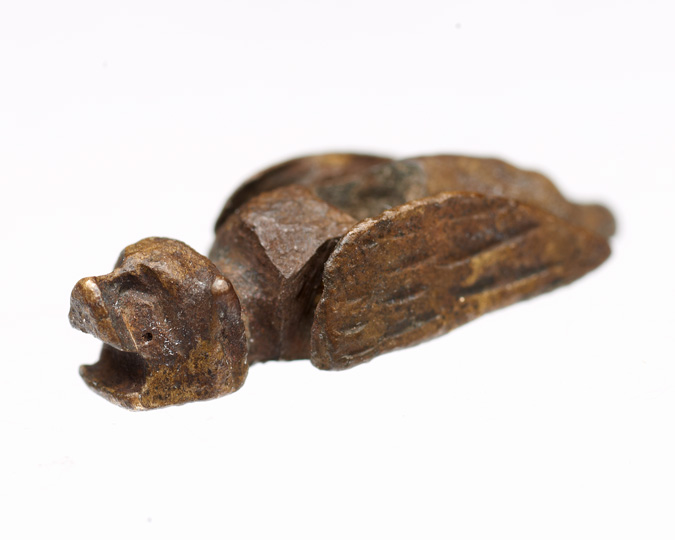 The Smallest Dragon in London

Matthew Russell tells us about a dragon smaller than a five pence coin from the collection.