Curator Danielle Thom reveals the dark underside of the Georgian and Victorian Pleasure Gardens, home to high fashion and low morals. Part of our series on how London's Pleasure Gardens transformed nightlife, entertainment and style.

Over a thousand people came to Vauxhall Gardens each night, and several thousand more to Ranelagh and the smaller pleasure gardens dotted around eighteenth-century London. They came, among other things, to eat and to drink, with the natural consequence that there was a pressing need for lavatory facilities in the gardens. This need was addressed in the most rudimentary way, prompting the poet Christopher Smart to publish the following satirical verse around 1753:

In sweet Vaux-Hall I love to stray;
But wish it were completely gay:
In splendid Scenes we drink and eat;
In sordid Huts—evacuate:
Ah! Why, ye Gods! More Care about
What we put in, than we put out? 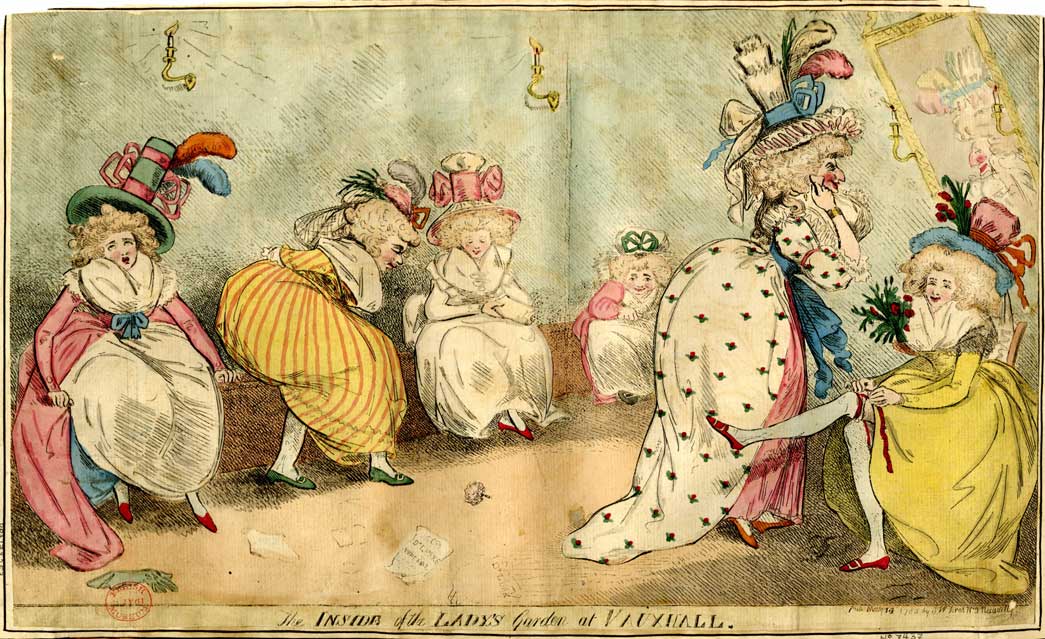 The inside of the lady's garden at Vauxhall, 1788

There were no public toilets as we would understand them in eighteenth-century London – that is to say, individual cubicles containing a flushing toilet and sinks for handwashing, which were only introduced in earnest towards the end of the nineteenth century. If caught short in public, men could and did find a convenient alleyway. The situation for women was not quite so simple, anatomically speaking, but many poor and working women had little choice when out and about, and had to retreat to a dark corner when the need arose. There were a few communal privies, including the communal ‘longhouse’ originally established by Richard Whittington (London's first mayor, of talking cat fame) in the fourteenth century. These simply overhung the mouth of the Walbrook river and relied on the tides of the Thames to take away their offerings. In general, though, the situation was far from ideal. 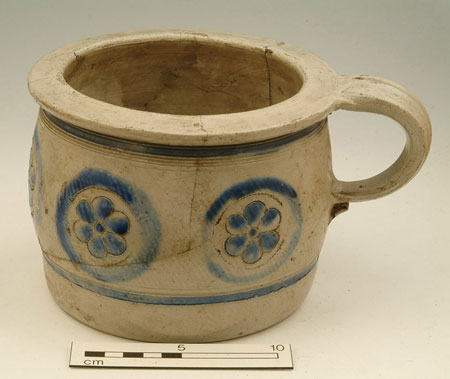 At home, matters were a little more comfortable. Wealthier households might have an earth closet, a kind of dry toilet which ensured that waste was buried in soil, and virtually every dwelling had at least one chamber pot or a bourdaloue, which would be emptied into a cesspit (by a servant, if you were lucky). The contents of earth closets and cesspits were collected periodically by ‘night soil men’, and their contents sometimes repurposed as manure. The flushing toilet was patented in 1775, although was only found in wealthier households – and was connected directly to the Thames via an old, inadequate sewer system. 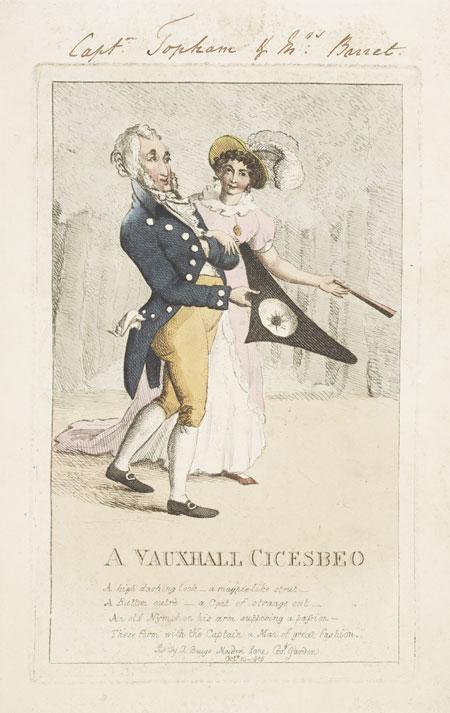 A cicesbeo was the male friend of a married woman who accompanied her to events and served as a companion.

It’s not surprising that Smart picked Vauxhall Gardens as an example to illustrate London’s unfortunate cloacal situation. The eighteenth century was a period in which public, paid-for entertainments flourished – which meant that more and more people were spending time outside their homes, or the homes of their friends and family (where a chamberpot would always be handy).

‘Respectable’ women, in particular, were suddenly in a situation where access to a discreet and reasonably hygenic toilet facility could not be taken for granted. In Vauxhall, a communal women’s privy appears to have existed, and was illustrated in a satirical print by the artist Thomas Rowlandson, although this may be an exaggerated representation – Rowlandson was known for his scatological and titillating images of women. Still, many women – and men – must have taken advantage of the garden’s dark corners and convenient plants.

Writing in the 1750s, the Venetian adventurer Giacomo Casanova was struck, when visiting London, at ‘the hinder parts of persons relieving nature in the bushes’ in London’s parks and gardens. This may have been a discreet solution, but a dangerous one for women in particular, for the darker parts of Vauxhall Gardens were known for drunkenness and debauchery, and a woman ran the risk of being harassed and assaulted by men.

The very wealthiest patrons, who arrived by carriage and were accompanied by servants, would have been able to retreat discreetly to their carriages or a private nook and make use of a chamberpot, but for most visitors to the pleasure gardens, there was no pleasure at all in answering the call of nature. As was the case with so many aspects of London’s pleasure gardens, the glittering surface hid a rather nastier reality.


First published during #RedressingPleasure – thank you for helping us to crowdfund our new gallery of 18th century fashion!