For our Tattoo London exhibition, we commissioned body art from four tattooists from around the capital. Meet those artists and learn more about the development of London's tattoo culture in this series of photographic portraits by Kate Berry. The Tattoo London display closed in 2016. 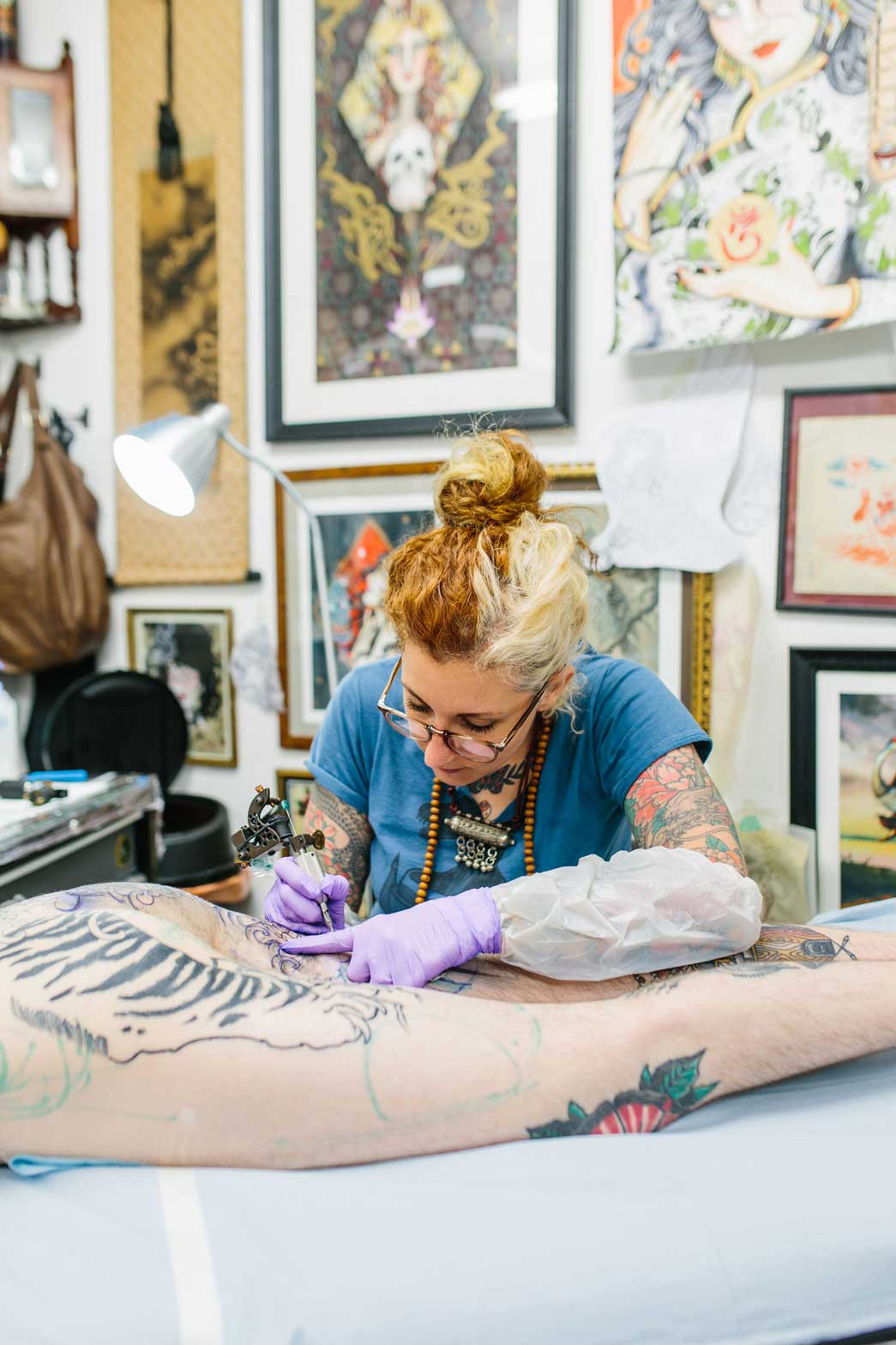 Claudia de Sabe was born in Padua, Italy in 1980. She studied art from a young age and attended her first tattoo convention when she was just 14 years old. After university, Claudia started working as an apprentice at a couple of tattoo studios in Italy. Having travelled to London to be tattooed, she accepted a summer placement at Frith Street Tattoo and eventually relocated to the capital.

Claudia moved to Jolie Rouge on Caledonian Road, which gave her time to focus on her drawing and find her individual style. She is inspired by Japanese design and Victorian iconography, often works on large pieces and has a dedicated client base. She sees herself as one of the new generation of artists in London and is always striving to learn and develop her techniques. Claudia now works at Seven Doors Tattoo and travels to guest at studios across the world. 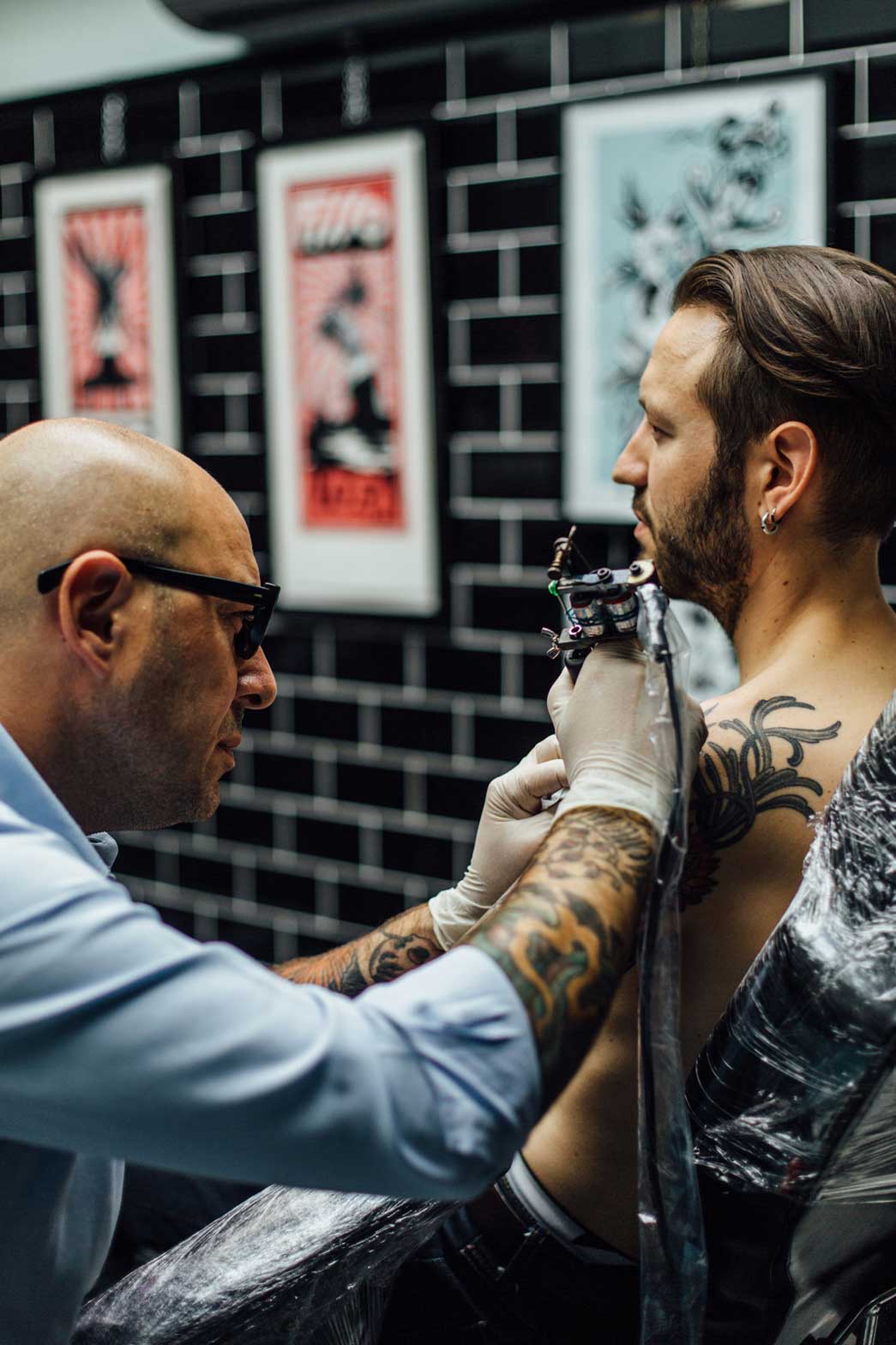 Mo Coppoletta was born in Verona, Italy in 1971. He studied law at university but by his mid-20s had become immersed in the world of tattooing. Mo moved to London and worked as an apprentice before securing a job as a professional tattooer. London’s historic architecture and strong tattoo culture drew Mo to the capital, and the city continues to inspire his art.

Mo established The Family Business tattoo studio in 2003. Customer care sits at the heart of the business, with Mo keen to ensure that his clients are treated with respect and leave with a tattoo that has been drawn with sensitivity. Mo’s style is ornate and is influenced by Japanese and Art Deco imagery. Now working as a designer for brands across the world, Mo tattoos fewer clients than he used to, but continues to inspire and mentor those venturing into the profession. 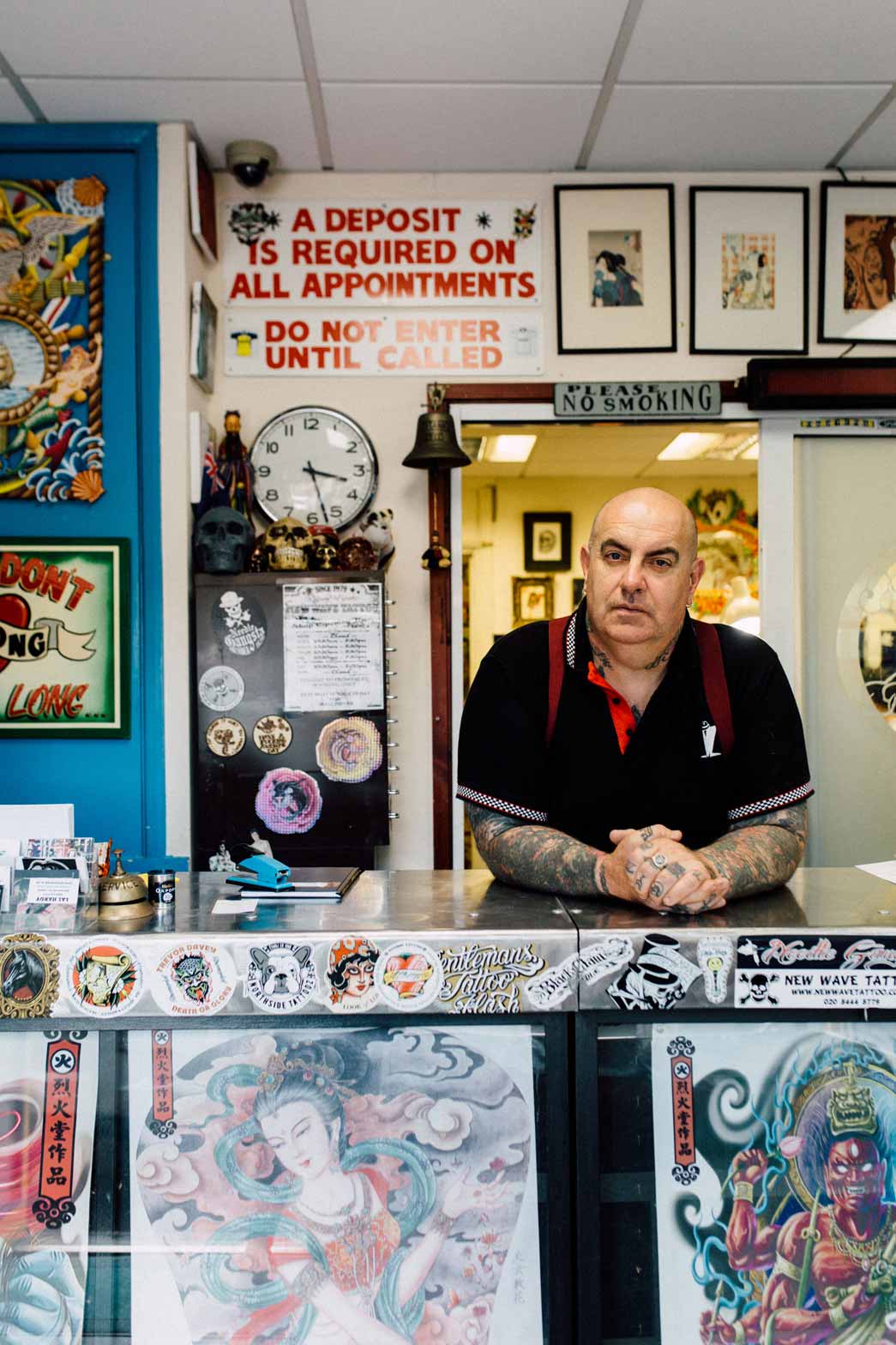 Lal Hardy was born in London in 1958. He started experimenting with tattooing as a teenager and was just 21 years old when he opened New Wave Tattoo in Muswell Hill. He was inspired by family members who had been tattooed during their time in the military, and the Teddy Boy revival of the 1970s. Lal’s work is traditional and often reflects London culture and he has tattooed footballers from north London clubs, as well as celebrities including Dave Grohl. Lal has been tattooed by over 70 artists from around the world.

When New Wave first opened, Lal had to make up his own needles as prepared kit wasn’t available. He taught himself how to solder and produced all his stencils by hand. New Wave began as a small back room shop with a flat above, but now covers two floors of the building, with work stations for eight artists. Alex Binnie of Into You

Tattoo artist Alex Binnie sketches at his Into You tattoo studio.

Alex Binnie was born in Oxford in 1959. Alex got his first tattoo at the age of 17, went to art school in the late 1970s and later got a job as a medical illustrator at St Thomas’s Hospital in London. It was during this time that he started experimenting with tattooing, and by the late 1980s was tattooing full time. Watching his friends in the art scene struggle to make a living, Alex loved the directness of tattooing and decided to make this the focus of his art.

After spending a couple of years in Los Angeles, Alex moved back to London in 1993 and opened Into You studio. Inspired by strong graphic design and traditional tribal iconography, Alex’s style is bold and distinct. He specialises in large work, viewing his customers’ bodies as a canvas and always striving to give them something better than they imagined.

The tattoos designed by these four artists were featured in the Tattoo London exhibition at the Museum of London (although only on paper), and have become part of the museum's permanent collection. They'll be an enduring marker of the capital's body art scene, and its creativity and exuberance. 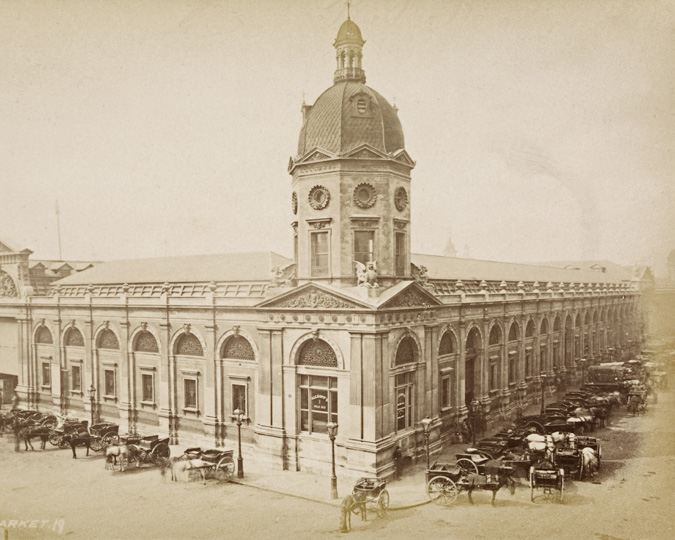