Our upcoming Secret Rivers exhibition showcases the hidden waterways running beneath London's streets, and the objects excavated from them over the centuries. The most unusual is a remarkable communal toilet seat from the 12th century. 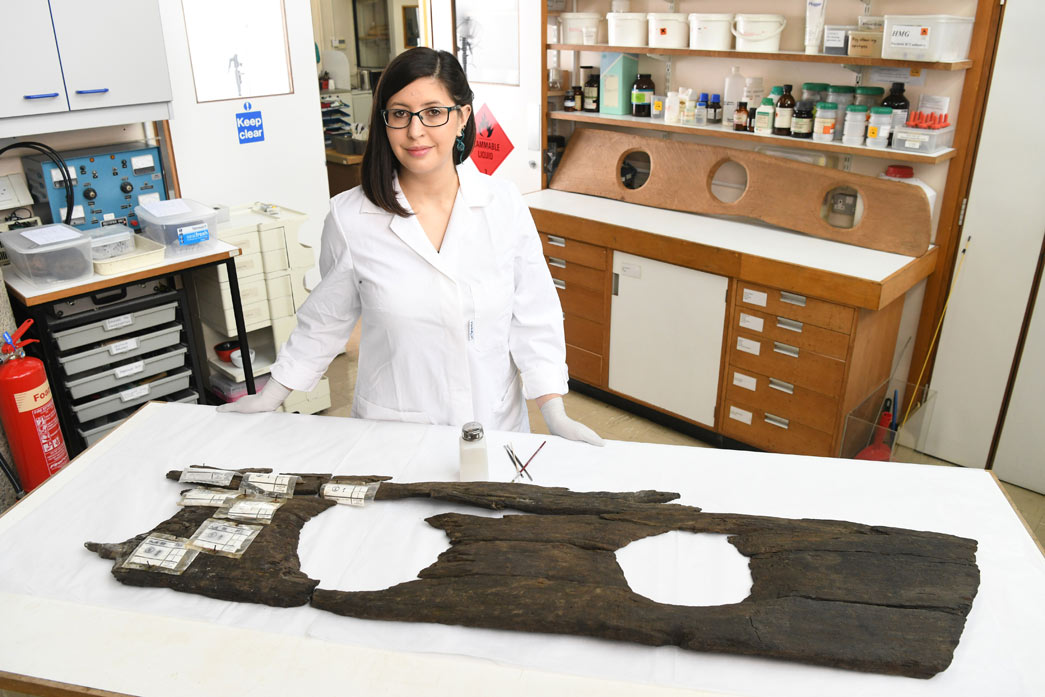 The toilet seat in a Museum of London conservation lab

An extraordinary survival, almost 700 years old, this toilet seat was found during archaeological excavations in the 1980s. Made of a single plank of oak, it was originally big enough for three people to share at the same time (presumably, three people who knew each other very well). It was dug out of waterlogged earth, above a cesspit where the now-buried River Fleet flows into the Thames. Despite centuries in the ground, it has rotted very little, providing a fascinating insight into the daily lives of Londoners in a very different city.

Luisa Duarte, the archaeological conservator who prepared the toilet seat for display, said: “We are very lucky in London that we tend to get really great preservation of a lot of things from the river." The wet conditions helped stop oxygen from reaching the wood, preventing it from rotting. “In the case of the metals we have very low corrosion, and in organics we have a very low biological activity. That’s why in London we have so much wood and leather – sometimes we have more organic Roman material than in Rome." 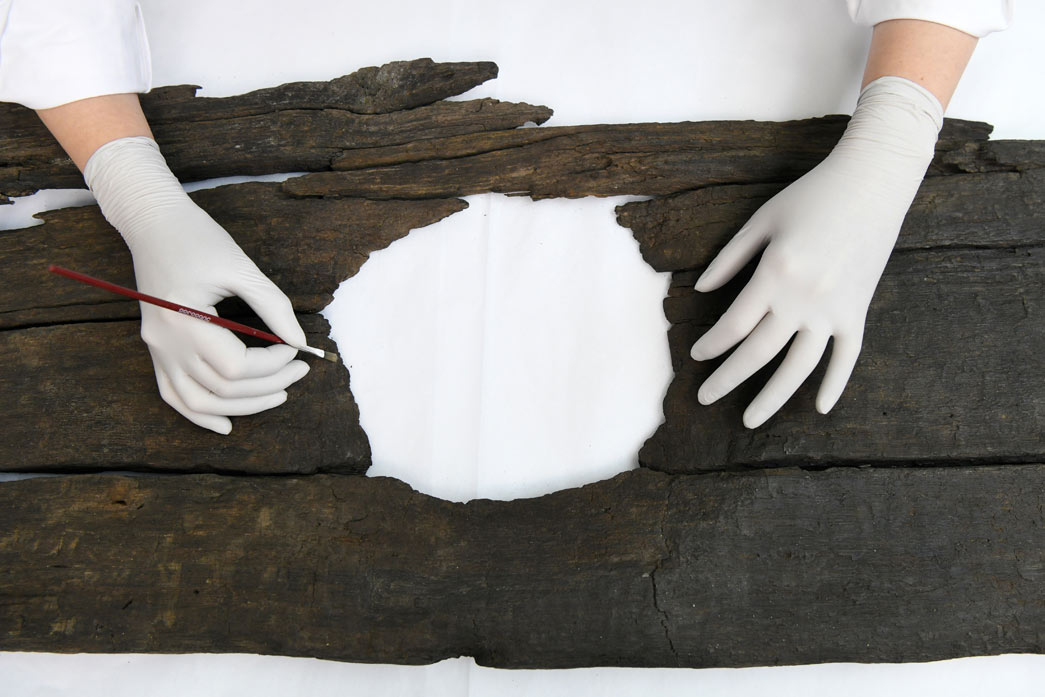 The toilet seat under conservation, to preserve the medieval wood 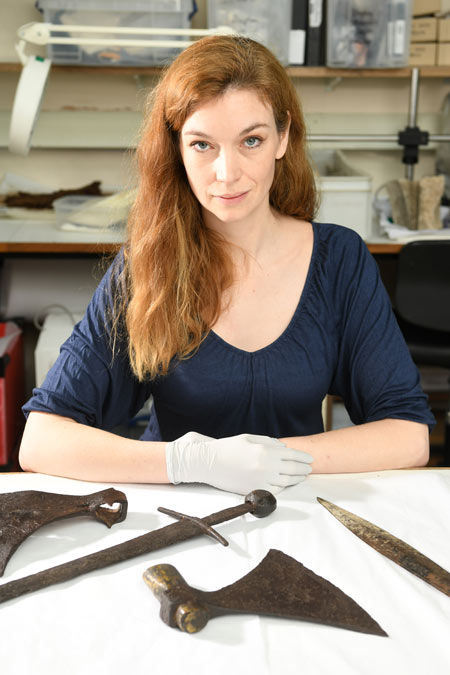 Curator Kate Sumnall with a selection of objects from Secret Rivers

Secret Rivers is filled with archaeological objects rescued from the forgotten waterways of London. There are nearly fifty smaller rivers that emptied into the Thames, and for thousands of years Londoners relied on them to provide drinking water and carry away effluent — unfortunately, often at the same time.

Most are now hidden from view, paved over and turned into drains, or dug out into canals. But these phantom tributaries shape the streets of London today — like the River Fleet, which gives its name to Fleet Street, and is the source of our medieval toilet seat.

Kate Sumnall, one of the curators of the Secret Rivers exhibition, explained what we know about the site: "Before the Roman settlement of London, the lower Fleet was a wide, open river with two eyots, or small islands. During the 11th century, the land around the southern eyot was reclaimed and the channel was infilled. This was also the site of a bridge over the Fleet which connected with an east-west road. The archaeological excavations which discovered the toilet seat also revealed a row of buildings that fronted onto this road.

"These buildings were a mix of commercial and residential, in what is now Ludgate Hill. Historic records from the 13th century show that one of the buildings was known as ‘Helle’ and was owned by John de Flete, a cap-maker, and his wife, Cassandra. The three-seater wooden toilet belonged to this building, meaning that we probably know the names of the people whose bottoms would have sat on it.

The southern reaches of the River Fleet, flowing beneath Holborn Bridge and Fleet Bridge

Detail from the Copper Plate Map of London, c. 1559

"The toilet seat was found over a wicker-lined cesspit, which would have captured the human waste dropped through the holes. The construction of the cesspit would allow liquids to drain out and be filtered by the ground, while the solids would be collected. This means it would fill up and periodically a new pit would have to be dug. This toilet would have been a private facility, probably reserved for the use of the de Flete family and household. There was a common privy, for public use, located nearby.

"There is no surviving evidence about the nature of the structure that would have enclosed the toilet, but it is likely to have been constructed from wattle and daub. The toilet seat itself was constructed from a single plank of oak and the three holes were cut using an axe."

The River Fleet is a very appropriate place to have found this toilet seat: it was known for centuries as one of the smelliest rivers in London. Human, animal and industrial waste all polluted its waters. The Jacobean poet Ben Jonson was so disgusted by the river that he wrote a satirical epic describing the Fleet, where "Arses were heard to croak, instead of frogs".

‘…How dare
Your dainty nostrils (in so hot a season,
When every clerk eats artichokes, and peason,
Laxative lettuce, and such windy meat)
‘Tempt such a passage? When each privy’s seat
Is filled with buttock? And the walls do sweat
Urine, and plasters? When the noise doth beat
Upon your ears, of discords so unsweet?
And outcries of the damned in the Fleet?’

Attempts at dredging the river to keep it clear failed to deal with the smell. By the late 18th century, London authorities decided to pave over the river, hiding it beneath the city streets. It became one of the secret rivers of London — still flowing with human waste, as part of the city's sewer network. 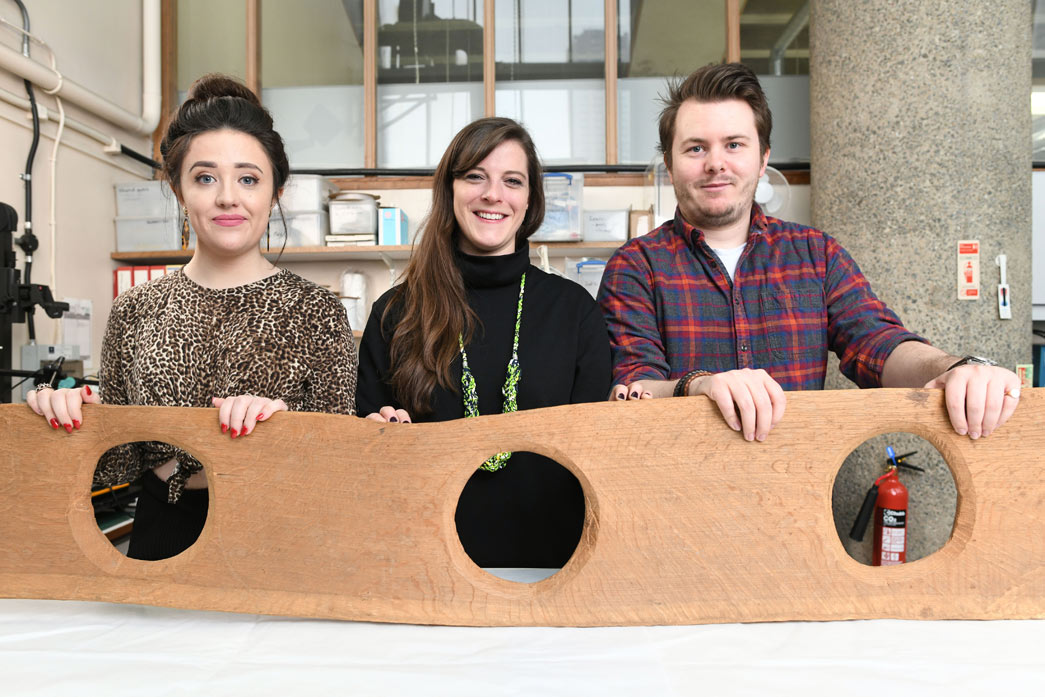 As well as the original, a replica of the full toilet seat will be displayed in the Secret Rivers exhibition. You and your friends can sit side-by-side, just as John and Cassandra de Flete did, six and a half centuries ago. But please, keep your pants on.

Secret Rivers is a free exhibition at the Museum of London Docklands. It opens 24 May 2019. 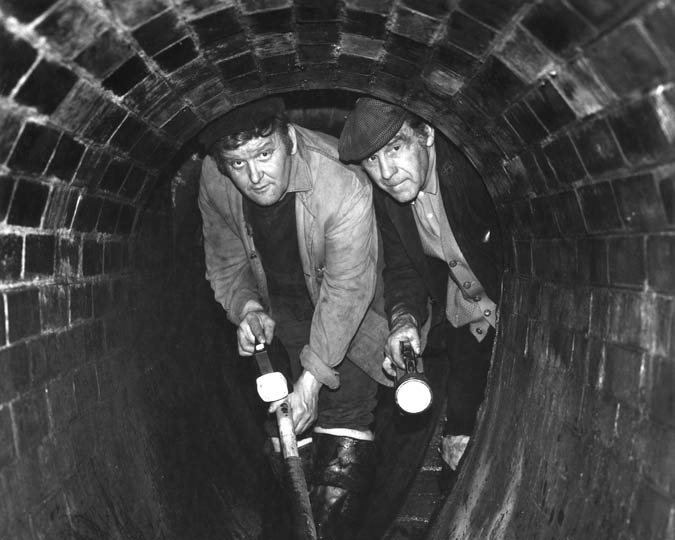 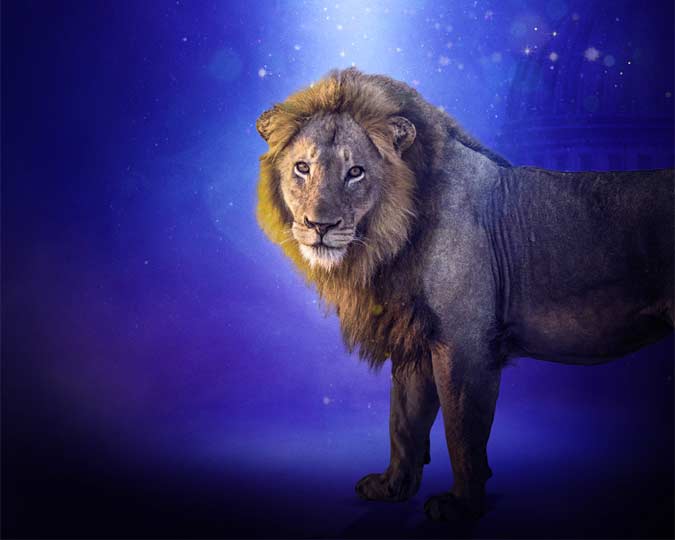