You know the popular nursery rhyme, but what is it all about? Why was London burning? Did pouring water on it really help? Sing along with us and then discover more below.

You can click here to find a full transcript of this video.

What's it all about?

No prizes for guessing this one! ‘London’s Burning’ is clearly about a fire raging through the capital. Some historians disagree, but it's often thought to be about the largest blaze in the city's history – the Great Fire of London.

The Great Fire took place in 1666. Back then, London didn't have a fire brigade, but there was still some equipment to fight it with. Believe it or not, there were ‘fire engines’ (barrels on wheels) and ‘fire squirts’, which were essentially giant syringes! 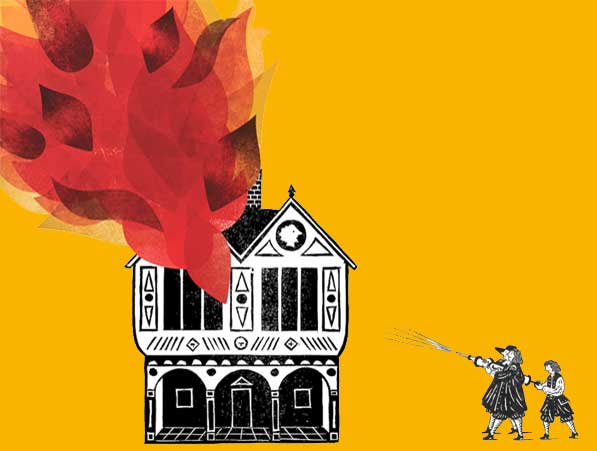 From articles, objects, and games to our immersive Minecraft experience, here are all of our Great Fire resources together in one place.

Learn to play it!

This video shows you how to play the tune to 'London's Burning' on a ukelele. You'll need to practice!

What do you think?

Don't suppose you have a minute to tell us what you think of this resource? It's only a minute! Maybe even less. We've got five little questions for you right here. Thanks! 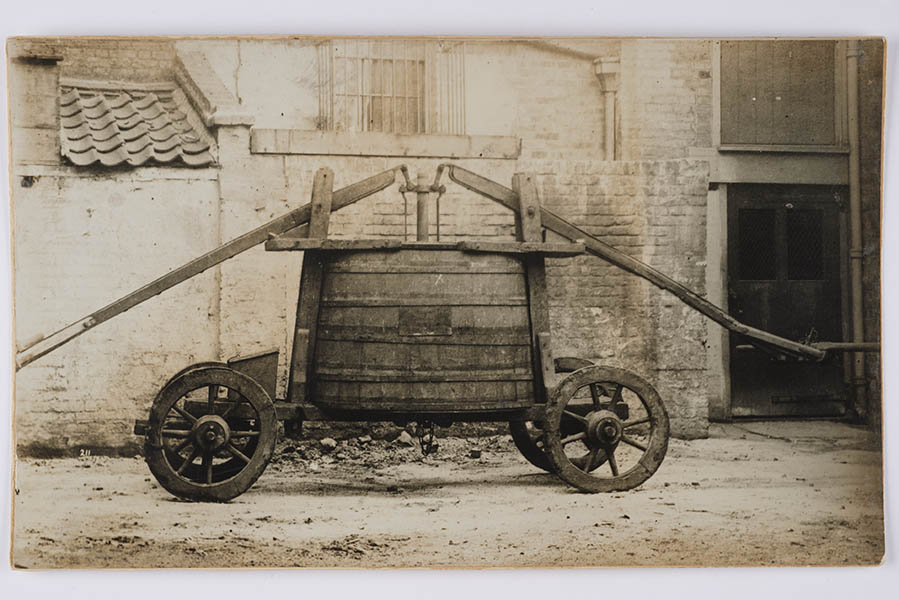 Where do you think the water was stored?

This type of fire engine was used in 1666. It would have been wheeled to where it was needed, and the barrel would have been refilled regularly with buckets of water. When people pumped the handles, water squirted out of the spout in the centre. It would have needed four people to operate and was very hard work!

How many differences can you spot? 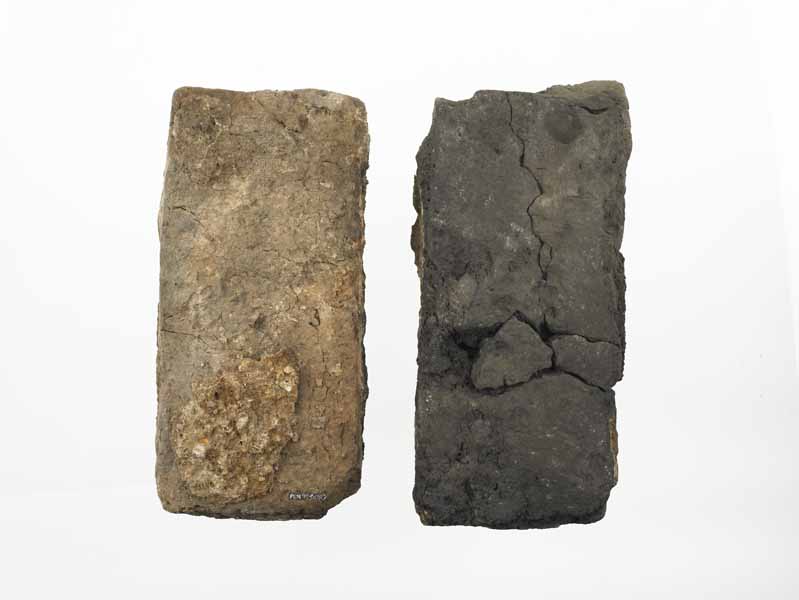 This is one of many burnt bricks from the cellar floor of a shop which stood close to Thomas Farriner’s bakery on Pudding Lane.

What is the main clue that this brick has been in a fire? 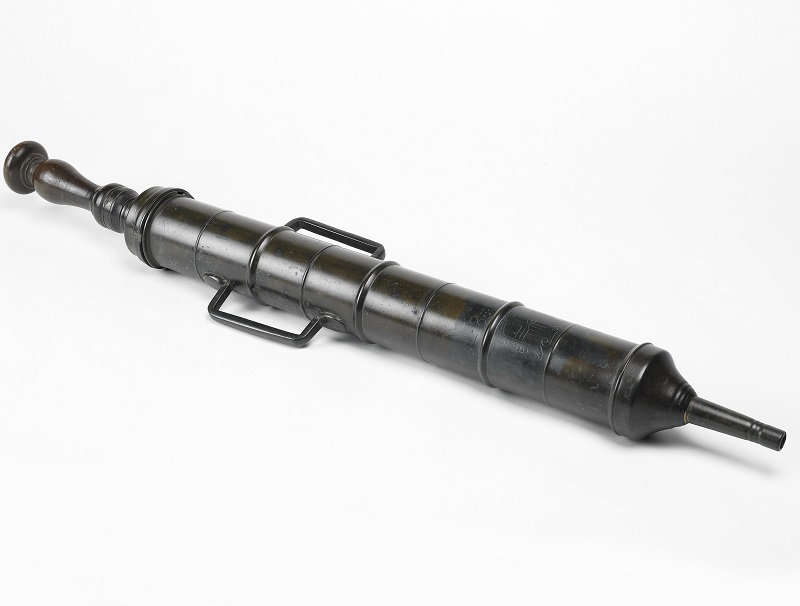 Imagine you’re using the fire squirt. Would it have been easy to use? 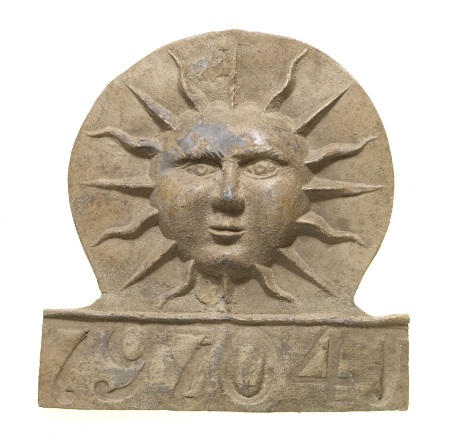 After the Great Fire of London, some people started to insure their properties against fire damage. They would regularly pay money to a company, and if a fire was reported, that company would send their own ‘fire brigade’ to put the fire out.

Fire marks like this one were placed on the outside of the building to show which company it was insured by.

Have a go at designing your own fire mark. What pictures and words would it have on it?

How is London's Burning sung?

‘London’s Burning’ is often sung as a round, as it is in our video. What do you think a round is?

In a round, different people start singing at different times. In this case, when the first person gets to the line ‘Fire, fire!’, the second singer (or group of singers) starts singing ‘London’s Burning' from the beginning. Do you think it sounds nice?

Can you try singing the song in a round with your family or friends? You might need to practice a few times!

Isn't there another version of the song?

Although historians aren’t sure exactly where the song came from, some think that the earliest known version of ‘London’s Burning’ is in a manuscript which is kept safely in King’s College, Cambridge. It dates back to 1580 – 86 years before the Great Fire of London. Though the tune is the same, it isn’t about London at all! In fact, the first line is ‘Scotland, it burneth’!

Even nowadays people sing different lyrics depending on where they come from. In some countries, people still sing ‘Scotland’s burning’ instead. These lyrics are said to be about the burning of Edinburgh, Scotland, which took place in 1544 when English armies were ordered by Henry VIII to attack the city.

Why not sing the song again, but this time replace London with ‘Scotland’, or another place name?

Hasn't London had other major fires too?

The first major fire that archaeologists have found evidence for in London happened as far back as AD 60! At that time, London was called Londinium and was Roman Britannia’s main city. During a revolt against Roman rule, Queen Boudica’s forces burned Londinium down and reduced most of the city to dust. Why do you think Boudica chose to burn down Londinium?

In medieval London most of the buildings were made of wood, and so fires were very common. For instance, in 1087 a huge blaze burnt down the old St Paul's Cathedral, and in 1212 a terrible fire in an area of London called Southwark killed many people and severely damaged London Bridge. In the years after that fire, the 1212 fire was known by some Londoners as 'The Great Fire of Southwark'. There were numerous other smaller fires during the medieval period as well – London was often ‘burning’!

In 1633, only 33 years before the Great Fire of London, 42 houses and shops which stood on London Bridge, plus 80 buildings on Thames Street, burnt down and some were never replaced. Because of this, there was a large gap in the street of houses leading up to London Bridge. This gap stopped the Great Fire of London from damaging the bridge in 1666!

During the Great Fire of London, did they ‘fetch the engines’ and ‘pour on water’?

On 2 September 1666, the Great Fire of London started in a baker's house in Pudding Lane, and by the time it was over four days later, much of the medieval city lay in smoking ruins.

The fire had started in the middle of the night when many people were asleep and unable to respond quickly. This, on top of a very strong wind and a hot, dry summer, meant that the fire raged speedily out of control. London really was burning – at the height of the fire, it would have taken about 30 minutes to walk from one side of the blaze to the other.

People did ‘fetch the engines', but there weren’t many fire engines to use, and they were manned by ordinary Londoners or local soldiers rather than professional firefighters. They mainly used buckets of water, fire squirts and fire hooks to try quell the blaze. Instead of fighting the fire, most Londoners focused on fleeing and getting away.

Yes, brave people did ‘pour on water’, but this wasn’t the best way to stop the fire from spreading. The most effective approach was to pull down houses with huge hooks – or even to blow them up with gunpowder! This made gaps called ‘fire breaks’ between houses, so that the flames wouldn’t spread from one wooden house to the next quite so easily.

The Great Fire was finally put out on the morning of Thursday 6 September, but some places still smouldered for months after it had been put out. The fire had a devastating effect on the lives of Londoners from all parts of society. It took about 50 years to rebuild the ruined city!

Can you make up a new verse? It could be about pulling the houses down with the fire hook or having to pack up your possessions. 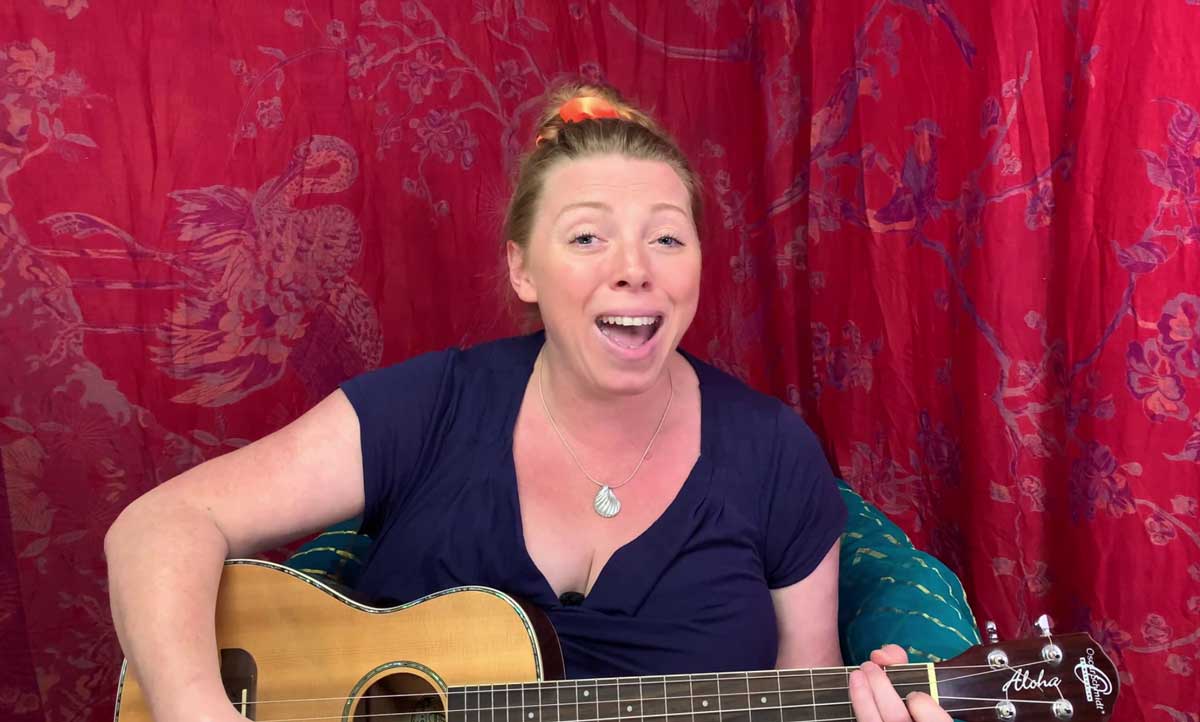 Watch more performances of classic nursery rhymes and discover the history behind them.

See all our rhymes
Video transcript

Charlie: Hello everyone! Welcome to the Museum of London’s Rhymes in Time. I’m Charlie.

Chelsea: We’re not on fire! Chelsea.

Rolo: And Rolo the Rat!

Charlie: And we’re here to sing with you today. So, we hope you’ve got your singing voices ready!

Chelsea: Oh! Here’s a fun fact for ya! Did you know that this song is all about the largest blaze in the city’s history? The Great Fire of London.

Amber: Do you know all the words? Shall we sing it together? Ready?

Charlie: Well done – that was fantastic! Got access to a ukulele? Click the link in the description and you can learn how to play London’s Burning too.

Chelsea: We hope you enjoyed singing along with us today.

Emma: Head to the museum’s website for more fun facts about the history of London’s burning, plus some more activities for you to try at home.