Stills from Putin’s Happy by Jeremy Deller, acquired by the Museum of London with support from Art Fund and the ACE/V&A Purchase Grant Fund. ©Jeremy Deller

The Museum of London has acquired a film which documents protestors in full voice, on a subject that has divided opinion across the country for the past six years. Created by artist Jeremy Deller, Putin’s Happy captures a polarised political and social landscape in the wake of the 2016 Brexit Referendum.

Commissioned in 2019 for the Austrian steirischer herbst’19 contemporary art festival, Putin’s Happy (2019) sits within Deller’s cannon of politically aware work, which often explores Britishness and, specifically, Englishness – the people, icons, myths, folklore and cultural and political history of the country. While it begins in positive fashion, with a musical performance of the National Anthem, which segues into Beethoven’s Ode to Joy, the film, shot in and around Parliament Square between January and March 2019, soon reveals a divided nation.

The film, acquired with support from Art Fund and the ACE/V&A Purchase Grant Fund, focuses on the Leave and Remain protests and is filled with off-the-cuff conversations with activists and onlookers. Jeremy Deller allows people to open up about their views on Brexit, the media, and a wide range of social and political concerns, to explain their standpoints.

The 40-minute film eavesdrops on the confusion and anger felt by many, documenting a new and increasingly polarised social and political landscape. Its title is a nod to claims of Russian interference in the Referendum, following widespread allegations about disinformation campaigns spread via media and social media channels.

Putin’s Happy bears witnesses to some of the troubling cultural and political currents running through the United Kingdom, finding frustration and resentment amongst the protesting crowds. Yet, the film also includes interviews with some remarkably upbeat young people, providing optimism amid the rancour.

Jeremy Deller, said, “It was the worst of times and it was the worst of times. The streets of London around Parliament Square on so many days in 2019 became a living Hogarth painting. There was a constant cast of characters acting out all the nastiness and paranoia of social media. It would be funny if it was satire but unfortunately it was reality.”

Francis Marshall, Senior Curator of Art at the Museum of London, said, “Putin’s Happy offers a snapshot of the fractured debates that erupted in the wake of the 2016 referendum, shining a light on the nation’s relationship with the EU, Westminster and itself. Six years after the referendum, we can interpret the film for its immediate relevance to our lives today but also as part of a longer historical view of London as a centre for national debate, and for creative and artistic engagement. It will become part of the Museum of London’s collection, alongside the Women’s Suffrage collection, Trump baby blimp and Brian Haw’s peace camp- to document the city’s history as a place for protest and activism, a destination where people have long gathered to have their say.”

Putin’s Happy is a significant addition to the Museum’s contemporary art holdings. Over recent years it has acquired a growing number of film and video works, including Portrait of a River (2013), by Nikolaj Bendix Skyum Larsen, and the four London-based chapters from Laurence Lek’s digital game-based project Bonus Levels, one of which, Europa, Mon Amour (2016 Brexit Edition), imagines a dystopian future Dalston in the wake of leaving the EU. These moving image works sit alongside significant holdings of politically engaged conceptual art such as Margaret Harrisons’ Homeworkers (1978-80), Stephen Willats’ Working With a Defined Context (1978), and Peter Liversidge’s Sign Paintings for the NHS (2020), made in response to Covid-19.

Jeremy Deller (born 1966) is an English conceptual, video and installation artist. He studied art history at the Courtauld Institute of Art, before completing an MA at the University of Sussex. He began exhibiting in the 1980s, often in unconventional spaces, including his own bedroom. Subsequently, his work has been shown in major venues worldwide, including Centre Pompidou and Palais de Tokyo, Paris, Kunstverein, Munich, Skulptur Projekt, Münster, Museum of Contemporary Art, Chicago, New Museum, New York, Hammer Museum, Los Angeles, and the Hayward Gallery, London. Deller won the Turner Prize in 2004, was awarded the Albert Medal of the RSA in 2010 and, from 2007 to 2011, served as a Trustee of the Tate Gallery.

About the Museum of London

The museum is open Monday - Sunday 10am – 5pm and is FREE to all. You can explore the Museum of London with collections online – home to 90,000 objects with more being added regularly. www.museumoflondon.org.uk.

The Arts Council England/V&A Purchase Grant Fund is a government fund that helps regional museums, record offices and specialist libraries in England and Wales to acquire objects relating to the arts, literature and history.

Art Fund is the national fundraising charity for art. It provides millions of pounds every year to help museums to acquire and share works of art across the UK, further the professional development of their curators, and inspire more people to visit and enjoy their public programmes. Art Fund is independently funded, supported by Art Partners, donors, trusts and foundations and the 130,000 members who buy the National Art Pass, who enjoy free entry to over 240 museums, galleries and historic places, 50% off major exhibitions, and receive Art Quarterly magazine. Art Fund also supports museums through its annual prize, Art Fund Museum of the Year. The winner of Art Fund Museum of the Year 2021 is Firstsite in Colchester. www.artfund.org 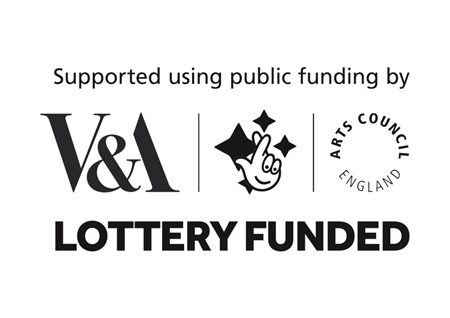