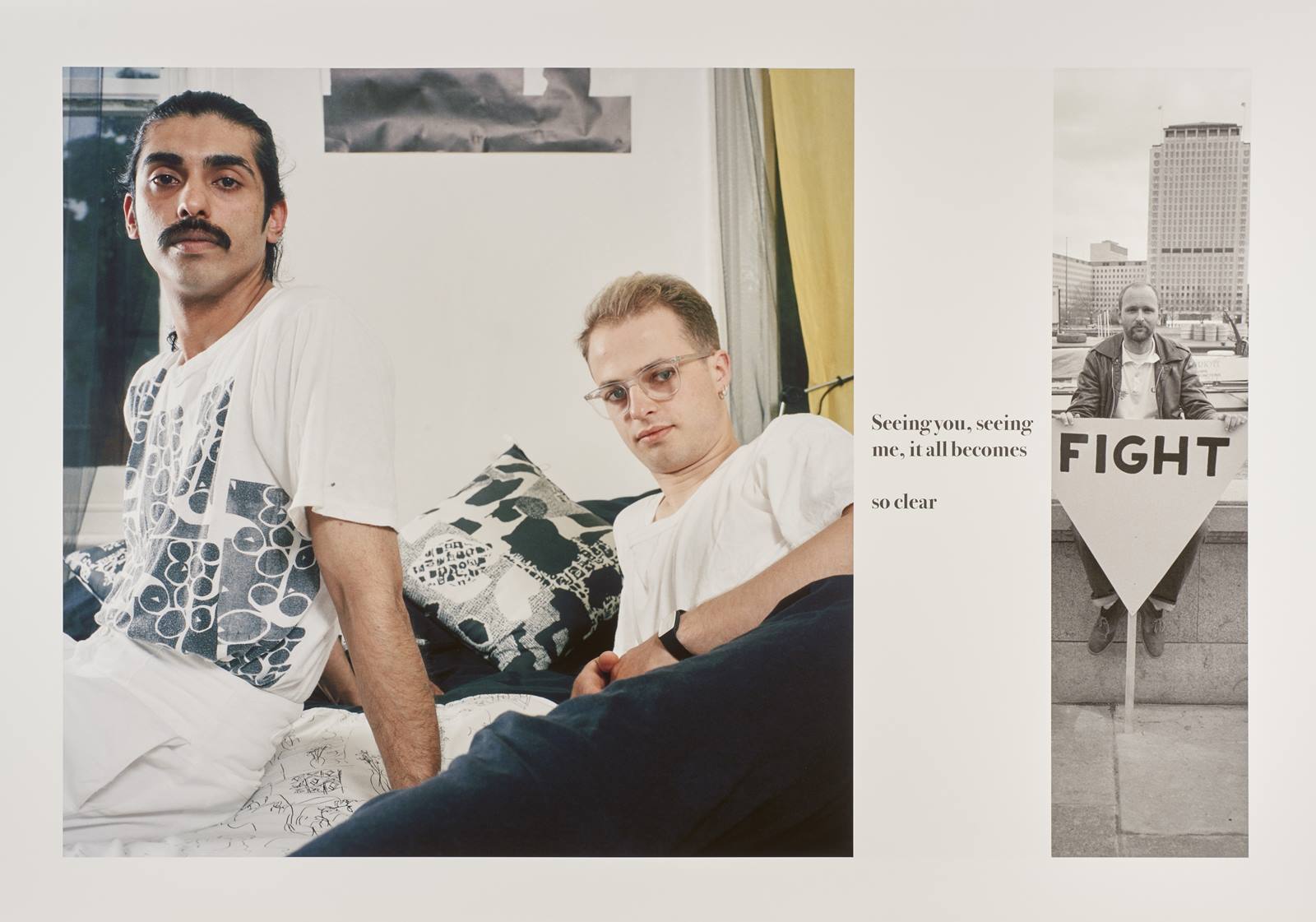 Today, the Museum of London announces that the photography series 'Pretended' Family Relationships, by critically acclaimed photographer and queer activist Sunil Gupta, has joined the museum’s collection. The acquisition of this landmark 1988 work precedes its permanent display in the Museum of London’s upcoming West Smithfield location — The London Museum, opening 2026 — in a gallery dedicated to the history of home life in the capital.

The title of Sunil Gupta’s series ‘Pretended’ Family Relationships (1988) references an incendiary phrase in Margaret Thatcher’s controversial Section 28, which prohibited local authorities from promoting “the acceptability of homosexuality as a pretended family relationship”. This troubling clause had a far-reaching impact on LGBTQ+ communities between its inception in 1988 and repeal in 2003, legitimising homophobic discrimination and marginalisation. Thirty-four years after the declaration of this Local Government Act, Section 28’s legacy still lasts today.

The series consists of three-part photo collages that pair portraits of interracial, same-sex couples with lines of poetry by Gupta’s then partner, the poet and academic Stephen Dodd. Gupta’s series documents the intimacy, ordinariness and domesticity of gay relationships, counter to commonplace stereotypes of homosexuality at the time of the work’s creation.

Sunil Gupta, said: “I started this series as a set of colour portraits of gay male couples in interracial relationships, as I was in one and it seemed to me that many people in my friend network were as well. Section 28 happened, which compelled me to enlarge the concept of the series to address the blatant homophobia and attack of our rights contained within it. It meant that I could for the first time include women as subjects as the law addressed both women and men. Like many of my projects, ‘Pretended’ Family Relationships was not a commission but done as a response to what was happening to both me and my community.”

Francis Marshall, Senior Curator at the Museum of London, said: “This acquisition of Sunil Gupta’s work is an important addition to the museum’s contemporary photography collection. His photographs will sit alongside images that span the history of photography in London, from Fox Talbot to the present day. Moreover, these particular prints, from the ‘Pretended’ Family Relationships series, significantly extend our ability to tell LGBTQ+ histories within the new Museum of London at West Smithfield. We look forward to visitors seeing these diverse representations of domestic London life on display.”

This acquired series of four photo collages will be displayed at The London Museum, enabling visitors to see LGBTQ+ life reflected in the museum’s Past Time galleries. With the work’s focus on interracial same-sex couples and domestic intimacy, ‘Pretended’ Family Relationships will reside within the Home section of Past Time, reflecting the domestic lives of the museum’s LGBTQ+ visitors and communicating the links between home life, family bonds, political history and personal identity. The work will go on display as The London Museum opens to visitors in 2026, preceded by a festival in 2025. Photographs from ‘Pretended’ Family Relationships are not currently held in any other public collections in the UK.

With a relocation to West Smithfield beginning at the end of 2022, the Museum of London will reopen as The London Museum, while occupying Smithfield market buildings that have lain derelict for over three decades. In 2025, the new museum will host a festival curated by Londoners in and around the new museum building. The festival will give Londoners a chance to see the remarkable architecture of the General Market building alongside music, art commissions, food and events inspired by London and all its people from the past, present and future. School groups will be given special access through a programme of dedicated activity. The full opening of the museum and its Past Time galleries will happen in 2026.

For more press information, please contact the Museum of London on [email protected] or 07967313176

The history of Section 28:

In July 1972, the first Pride in the UK is held in London, then named the UK Gay Pride Rally. Attendance swells in 1988 in response to the introduction of Section 28 by Margaret Thatcher’s Conservative government.

In 1988, Section 28 of the Local Government Act 1988 states that local authorities "shall not intentionally promote homosexuality or publish material with the intention of promoting homosexuality" or "promote the teaching in any maintained school of the acceptability of homosexuality as a pretended family relationship”.

In 1989, the campaign group Stonewall UK is set up to oppose Section 28, and formed opposition to the government act alongside groups such as The Pink Paper, OutRage! and GAY TIMES.

In 2003, Section 28 is repealed in England and Wales, lifting a 15-year ban on councils and schools intentionally “promoting homosexuality”.

In February 2005, the UK’s first LGBT+ History Month takes place, less than two years after Section 28 was repealed in England and Wales.

Sunil Gupta is a photographer, artist, educator and curator who completed a doctoral program at the University of Westminster in 2018. Educated at the Royal College of Art, Gupta has been involved with independent photography as a critical practice for many years focusing on race, migration and queer issues. In the 1980s, Gupta constructed documentary images of gay men in architectural spaces in Delhi, his “Exiles” series. The images and texts describe the conditions for gay men in India at the time. Gupta’s series “Mr. Malhotra’s Party” updates this theme during a time in which queer identities are more open and also reside in virtual space on the internet and in private parties. His early series “Christopher Street, New York” was shot in the mid-1970s as Gupta studied under Lisette Model at the New School for Social Research and became interested in the idea of gay public space.

About the Museum of London

The museum is open Monday - Sunday 10am – 5pm and is FREE to all. You can explore the Museum of London with collections online – home to 90,000 objects with more being added regularly. www.museumoflondon.org.uk.