How much do we know about the people who lived in medieval London? Human Osteology Curator Rebecca Redfern explains what skeletal remains from a burial site in East Smithfield can tell us about population diversity in London in the Middle Ages.

Medieval Londoners came to the city from across Britain and Europe, and because of diplomatic visits, religious pilgrimages and warfare, people also came from North Africa and the Middle East. We know this because of documents written at the time, such as parish records, which noted a variety of information about a person, including their name, gender, place of origin, nationality, occupation and where they lived. Many of these sources are available to search online. Like other historical documents, these records tend to provide lots of information about the lives of those with money, power and influence, usually men. There is also the problem of earlier periods having fewer and less diverse documents than later ones, meaning that for the 14th century, the lives of women, particularly those of African descent are under-represented. However, as archaeologists only know too well – absence of evidence is not evidence of absence! Women of African descent can be found in other sources, such as a 12th century stained glass window at Canterbury Cathedral.

Unlike the problems of documentary evidence, there is plenty of archaeological evidence for people’s lives in 14th century London, and one unique source of evidence are the skeletons of people who were buried in the city’s cemeteries. Skeletons contain lots of evidence about a person’s life, which are not always recorded in written records. By looking at traits shared across populations such as the shape of certain bones in the skull and ancient DNA (aDNA) from bones and teeth, we can figure out where people’s ancestors came from. Chemicals in teeth, which are locked-into the hard white enamel, can tell us where they spent their childhoods.

Our research project explored the ancestry of plague victims in the Middle Ages. We began by looking at the remains of adults who had died during the Black Death pandemic in 1347-1351 and had been buried in special cemetery. The plague was caused by the Yersina pestis bacteria, which killed many thousands of people across Europe and Asia in the 14th century. Many of the people who died in London were buried in a special cemetery which had been created before the pandemic reached England, at East Smithfield, close to the Tower of London. Written records and archaeological evidence show that the emergency burial ground was only in use for two years, from 1348 to 1350, during the height of the pandemic.

A total of 634 individuals form the site archive, and previous studies of some of these individuals, had found that many had travelled to London from elsewhere in Britain, a result also supported by a larger aDNA study looking at mitochondrial DNA (a piece of genetic code passed from mother to child). As historical and archaeological research has shown that in Medieval England, many people of African descent and mixed heritage had families who had been in England since the 11th century, we realised that the earlier studies might not ‘see’ them. Therefore, we used a forensic anthropology method called macromorphoscopics, which helped us to establish a person’s ancestry by looking at the shape of their facial bones and other features of their skull. Using data from all over the world, we were able to see which geographical populations the people from East Smithfield were most similar to.

Using this method we studied the remains of 41 individuals, 19 of whom were female. For our total sample, 30% of the population was not of White descent. Focusing on the female evidence, four females were likely to be of mixed heritage, and three were of African descent.

The scholar, Professor Geraldine Heng, has studied racism in the Medieval Period. Her work shows that people of African origin or descent who visited Europe as diplomats, or had been enslaved in Europe, as well as those who had been freed or were born free, suffered from social, economic and political forms of discrimination. Like today, discrimination in the past negatively effected people’s health and how they were treated.

In archaeology, social inequalities can be identified in many different ways, and one way is how people are buried. When we looked at how the skeletons were buried at East Smithfield, we found that none of the plague victims with Black African or mixed heritage had been maltreated as you might expect to see in a population group that might have suffered from discrimination. We could see that their bodies were placed in the graves with care and respect, as can be seen in the image. What exactly this might have meant requires further research. 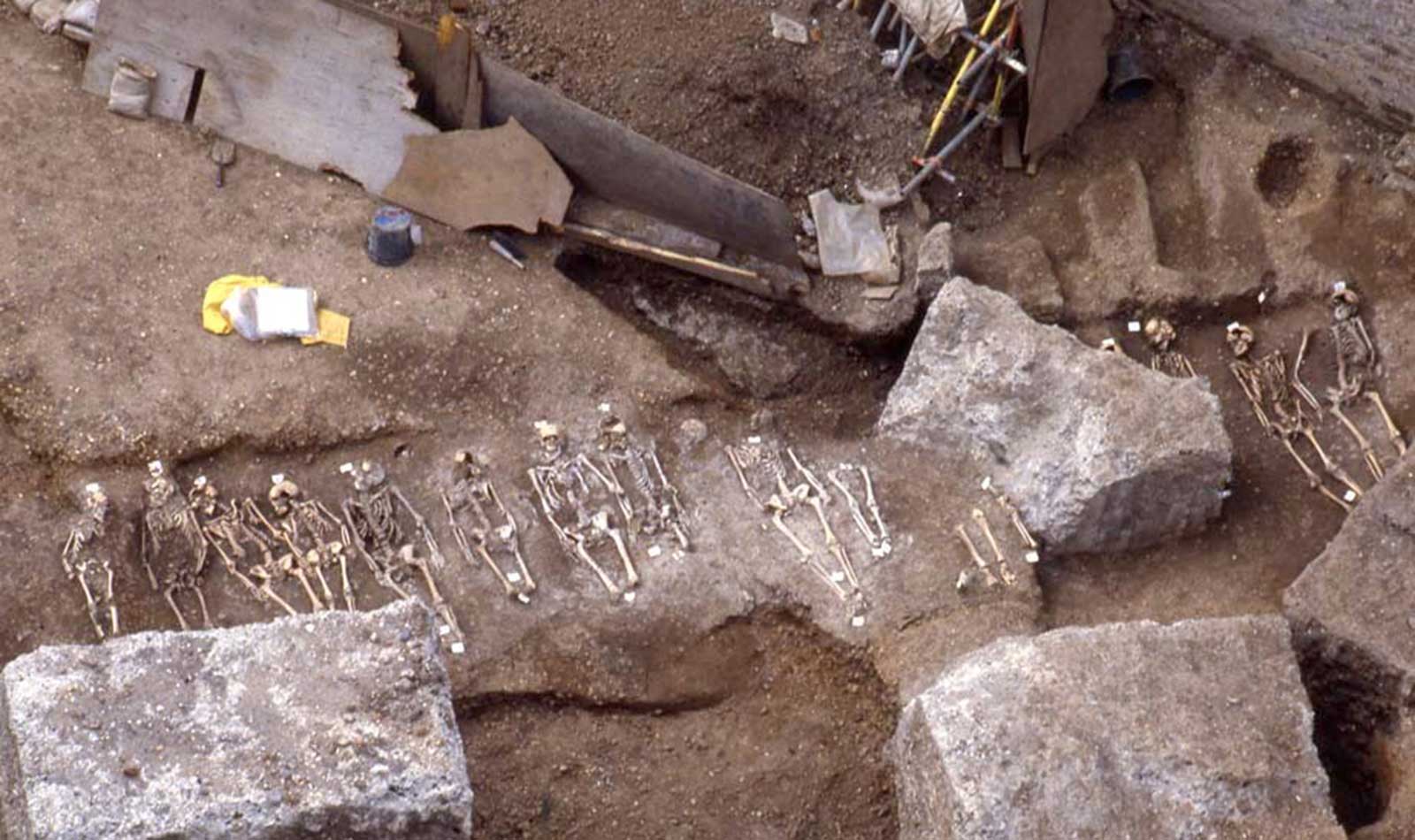 Excavation of one of the mass graves site, 1980s

We also looked at their skeleton to search for clues about their lives. For one 36 to 45 year old female of African descent, we saw that she had osteoarthritis in her spine and rotator cuff disease to her left shoulder joint, both conditions could have been caused by manual repetitive labour and are likely to have caused pain. She also had osteoarthritis in her jaw bones, meaning that she could have experienced pain when eating and speaking. Although osteoarthritis is common in Medieval people, in the case of this woman, it provides an insight into her lived experience, suggesting that her life, like many other women in the period involved much manual labour. Women were responsible for household work and were more likely than men to be domestic servants. In towns and cities, they could have more varied employment than in the countryside, including brewing beer, being shop or inn-keepers, spinning and weaving cloth, making and embroidering articles of clothing, and through family businesses were involved in highly skilled and complex manufacturing, such as making armour.

This piece draws on collaborative work with Dr Joseph Hefner (Michigan State University). Detailed information about the research can be found in this book chapter, and it has also been featured in Bonnie Greer’s ‘In Search of Black History’ podcast. More information about the method we used to investigate population diversity can be found on the Macromorphoscopic website (please be aware that this contains images of human remains) and on this webpage from the Smithsonian Institution in Washington DC. 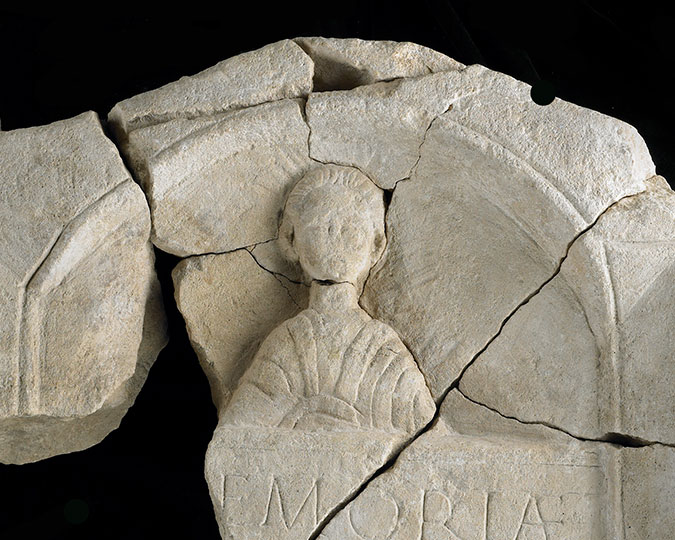 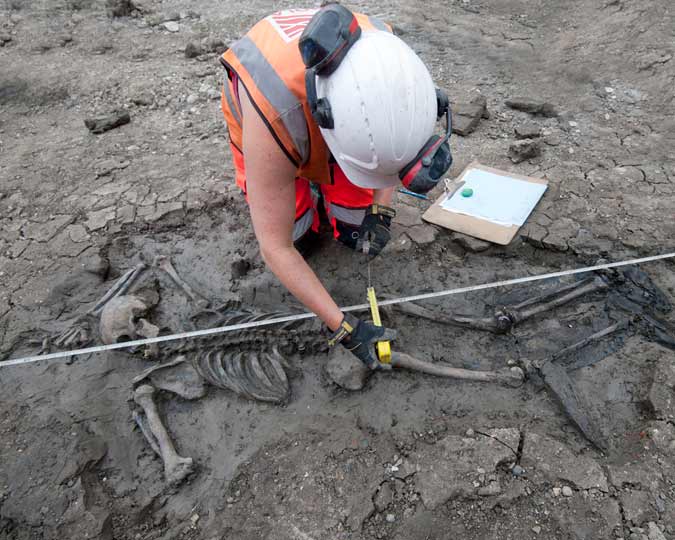