This September marks the 350th anniversary of the Great Fire of London. In 1666, the fire raged across London for five days, destroying thousands of buildings and rendering many Londoners homeless. Fire! Fire!, a 2016-17 exhibition at the Museum of London, explored the fire and how it transformed the City of London and the lives of those who lived there. We spoke to exhibition curator Meriel Jeater on why the Great Fire still matters today. 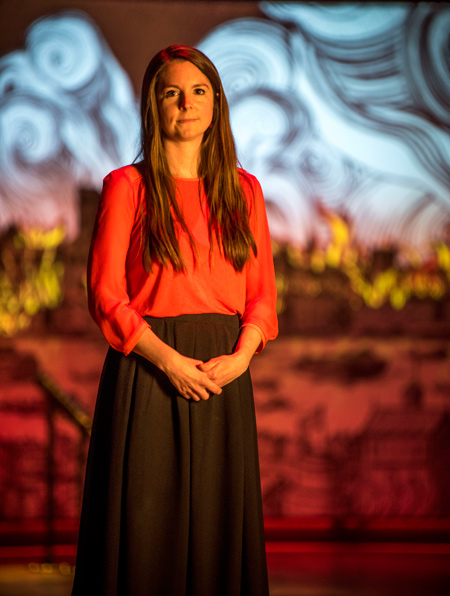 Standing in the Fire! Fire! exhibition she curated

Why is it important to mark the 350th anniversary of the Great Fire of London?

This was an event that had a huge impact on London. The devastation within the City of London was of a similar scale to the Blitz- it laid huge sections of the City to waste. That event is worth remembering- and we also want to show the resilience of London and its people in rebuilding their City.

What was your goal for the exhibition?

We wanted to make it accessible to all visitors, especially to children and families. The Great Fire is a major part of the primary school curriculum, so we knew that we had to create something that would be fascinating for young visitors as well as adults. Parts of the exhibition recreate the feeling of walking through the old, winding streets of London before the fire. You can see where the fire started, in a bakery on Pudding Lane, and watch it start to burn across the City- from inside the bread oven! 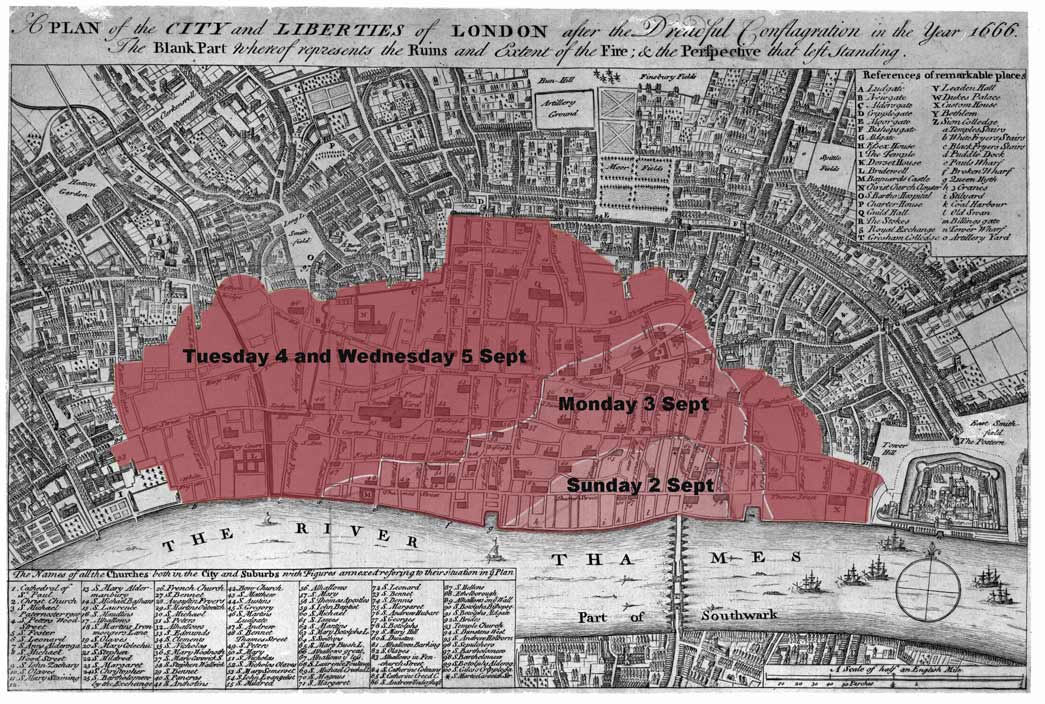 Map showing how the Great Fire spread across London

That sounds very exciting! Will it still be ok for younger children?

We’ve tried to make the exhibits easy to understand, and the experience is immersive, but not too frightening. We wanted the feeling of the fire to be evocative, but not strictly realistic. Our designers came up with a fantastic solution, which is to make the buildings look like the woodcut illustrations from the 17th century. It creates a slightly story-book atmosphere that gives the sense of walking into another time. 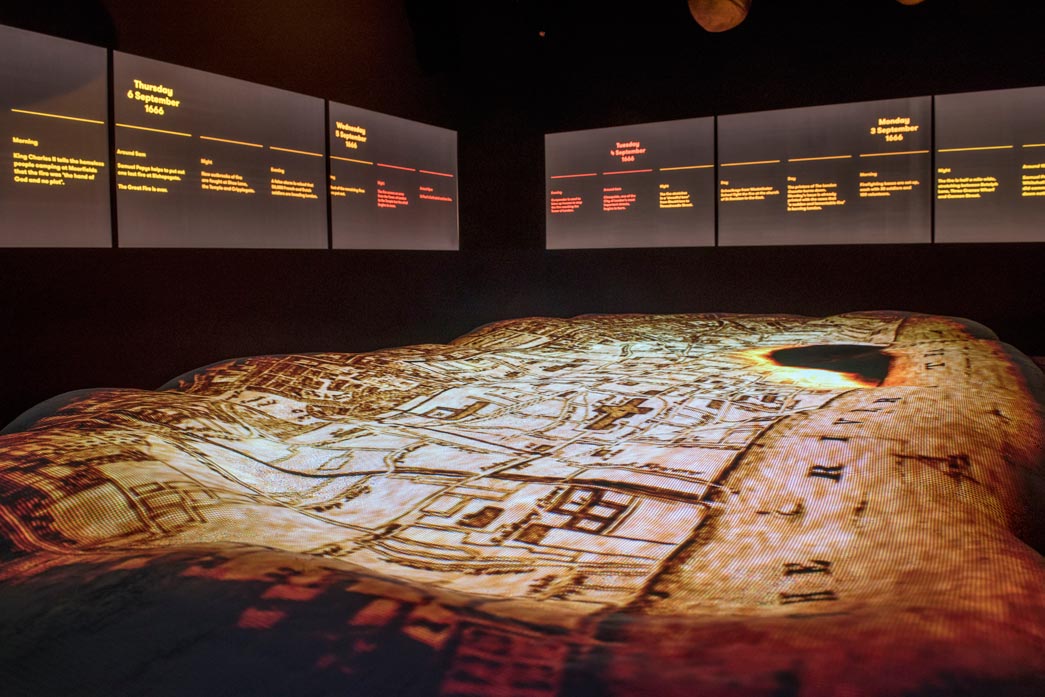 Inside the Fire! Fire! exhibition

We have animation, sound and lighting to represent the flames, and we use shadows of people to represent Londoners trying to escape the fire. We’re trying to create not just an exhibition, but an experience.

For that same reason, we’ve installed lots of interactive exhibits, so that visitors won’t just look at the objects on display- they’ll get to investigate them, even touch some. I wanted to give people a sense of what it’s like to be an archaeologist, piecing together the ruins of London to find out what happened. You get to do some hands-on detective work. 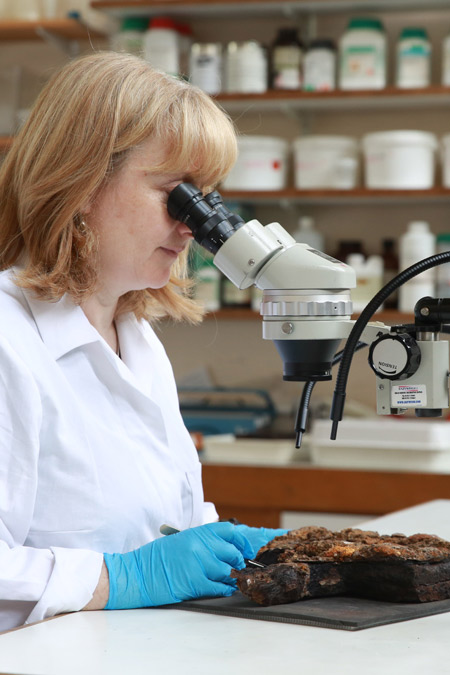 A conservator examines an object burned by the Great Fire

What will visitors be able to find out?

We have some microscopes that visitors can use, to look at real samples of the ruins excavated after the fire. You can see the soot that was dug out of Pudding Lane, where the fire started. It sounds commonplace, but by examining it, archaeologists were able to tell that it came from burnt pitch- that is, there were barrels of tar being stored in Pudding Lane, just a few doors down from the bakery. No wonder the fire spread so quickly!

We also have some mystery objects- things which were so corroded and heat-damaged that it’s almost impossible to tell what they were. But we have X-rays alongside, which show the original purpose of these objects. These are some of my favourite objects in the whole exhibition. Can you tell what this was used for? 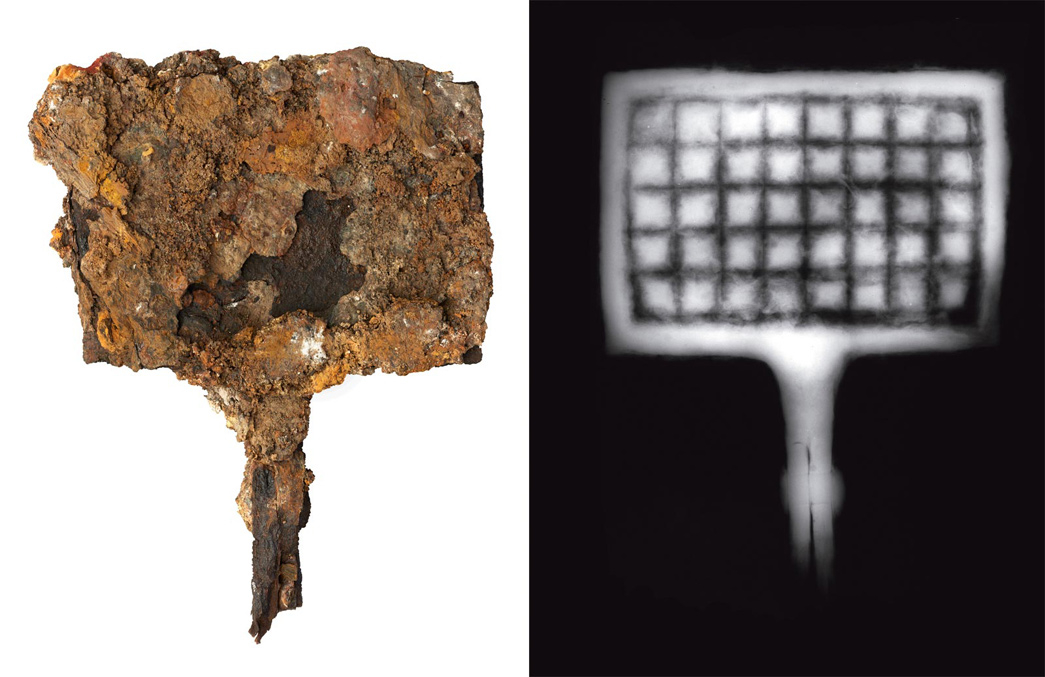 There are also some engaging interactive elements, perfect for kids. You can learn about how Londoners tried to save their belongings from the fire by packing a trunk, or try on 17th century firefighting equipment. We have a whole section of how Londoners fought the fire.

As you travel deeper into the exhibition, the space really widens out, and the overhanging ”houses” disappear- instead, we have a huge panorama showing the ruins of London that were left behind. We wanted to give a sense of desolation, and then about how a new City of London rose from the ashes.

Used to pull down buildings during the Great Fire of London; ID no. B737

Is that the main thing you’d like visitors to take away?

For me, the most important thing is the impact that the fire had on people. Often, we talk about how the fire changed London structurally, or architecturally- the rebuilding of St. Paul’s, for example. But as I researched this exhibition, what struck me most were the personal stories that came out. Over 100,000 people were made homeless by the fire- how did they cope?

We’ve used personal accounts to portray the human side of the disaster, via letters that were written after the fire. You can listen to those stories, and see the original letters from 1666. We also have many objects that people lost during the Great Fire after they were forced to abandon their homes- from padlocks to beautiful glassware, all melted and scarred by the flames. 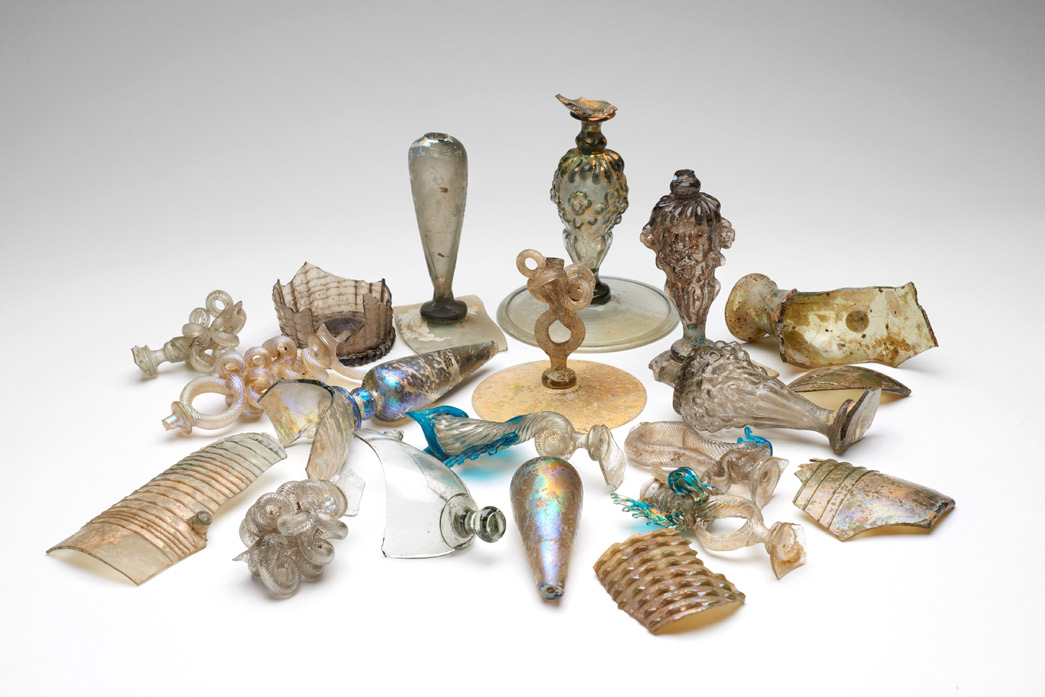 Excavated from a house burned during the Great Fire

What was the human cost of the Great Fire?

Surprisingly few people seem to have died in the fire itself. Six deaths is the most commonly attributed number, although we only have partial records for the period immediately after the fire. But even without counting those who were killed during the blaze, the chaos and disruption must have been terrible. There were riots in the immediate aftermath, when rumours spread that the French were attacking. We also explain in the exhibition about the consequences of the fire- including who was blamed for starting it.

Areas of tents and temporary shelters for homeless Londoners sprang up outside the City – these new harsh living conditions must have taken their toll on people. And those people weren’t just homeless - by the laws of the time, tenants had to continue paying rent to the owners of the land where their houses had stood. They were expected to rebuild at their own expense.

The government cleverly anticipated that there would be disagreements between tenants and landlords about who should pay to rebuild so a special Fire Court was set up to sort out disputes very quickly and get people building as soon as possible. We explain all about it in our section on rebuilding after the fire. And to give visitors a better sense of the job faced by Londoners, we have a giant map of the City, where you can use model houses to create the post-fire London – or a new City of your own design. 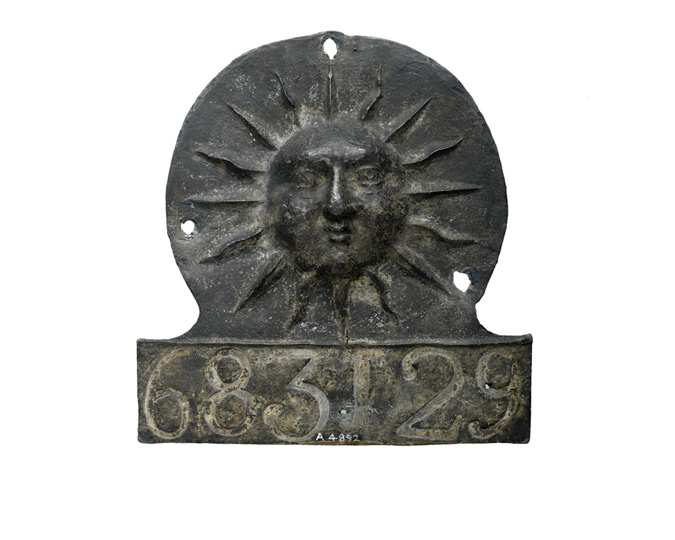 We examine the objects from the museum's collection that reveal how the 1666 Great Fire of London led to the creation of insurance.