PhD Researcher at the
Museum of London

The hidden biography of the Francis Golding collection

If the clothes you are wearing right now were acquired by a collection, what information about you and your life could be gathered from them? As the curator examined and catalogued your garments, what would they find?

The style, design and size of your clothing might indicate where you are located in the world, what your interests are, or your age. The signs of wear on your clothes are also important in telling how you wore them; do you roll the cuffs of your trousers up because they are a bit too long, do the elbows of your shirts wear through first? Perhaps there are some coffee stains on your shirt, maybe a missing button, or are your outfits always pressed?

Worn clothing can be full of clues which may seem ordinary, but can provide valuable biographical information. The most commonplace items or marks of use can aid curators in understanding and explaining histories about you and the time you lived in. But it is not just the exterior of objects that can tell us so much about who has worn them, but also what is inside.

In 2016, the Museum of London acquired a collection of clothing belonging to one man, Francis Golding. Golding, who sadly died from injuries sustained in a cycling accident in 2013, was a leading architectural, planning and conservation consultant involved with iconic London buildings such as the Gherkin and the Walkie Talkie and a self-identified gay man who entered his adulthood in post-Sexual Offences Act (1967) Britain. He was also an avid collector of antique Chinese ceramics, clothing, and correspondence which documented his lived experience.

Golding’s wardrobe reflects his interest in menswear and clearly demonstrates his personal style, which incorporated both vintage and contemporary items in his outfits, and contains pieces from iconic British designers including Barbour, Aquascutum, Tommy Nutter and Alexander McQueen. However, there was more than meets the eye with his clothing, as the curatorial team caring for the Dress and Textiles Collection discovered while examining the garments. 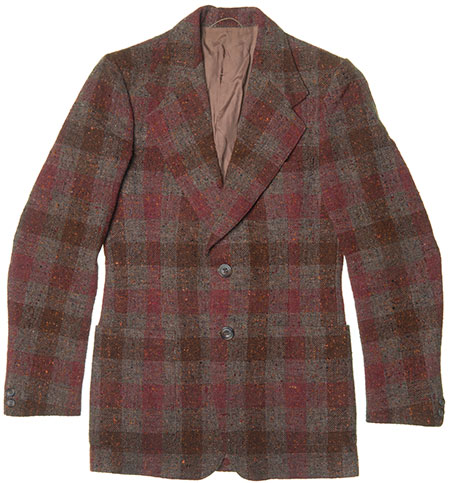 In many of his pockets, Golding had collected mementoes that clearly document events in his life. Train tickets, notes to himself and to him from others, opera and theatre tickets, party invitations and photos, amongst other ephemera found throughout the pockets of his blazers and trousers, sometimes with dates that span decades.

Even the most everyday objects can locate Golding and his garments in a place and time. Held in the same pocket of his neat red, brown and grey checked tweed blazer from the London boutique Browns, curators found two ticket stubs to The Royal Ballet’s The Sleeping Beauty dated Saturday 11 November, together with a pair from the opera L’Elisir D’Amore, performed at the Royal Opera House on New Year’s Day. By researching historical performances curators determined that The Sleeping Beauty was in 1978, while L’Elisir D’Amore was in 1981.

Boarding pass for a flight from Heathrow to New York, 1970s

In another pocket of this same jacket, is a ripped portion of an airplane boarding pass. Research into the minimal information written on the ticket has suggested that the flight was on a British Overseas Airways Corporation flight from Heathrow to New York, which would have departed in the early 1970s.

Although tantalising questions remain about these items: what did Golding think of the performances? Why was he travelling to New York? As Golding kept these ticket stubs in his pockets in the intervening years, it would seem that he treasured these events enough to keep the memory of them close, and that this smart wool blazer was one he preferred wearing for special occasions like travel and evenings out. 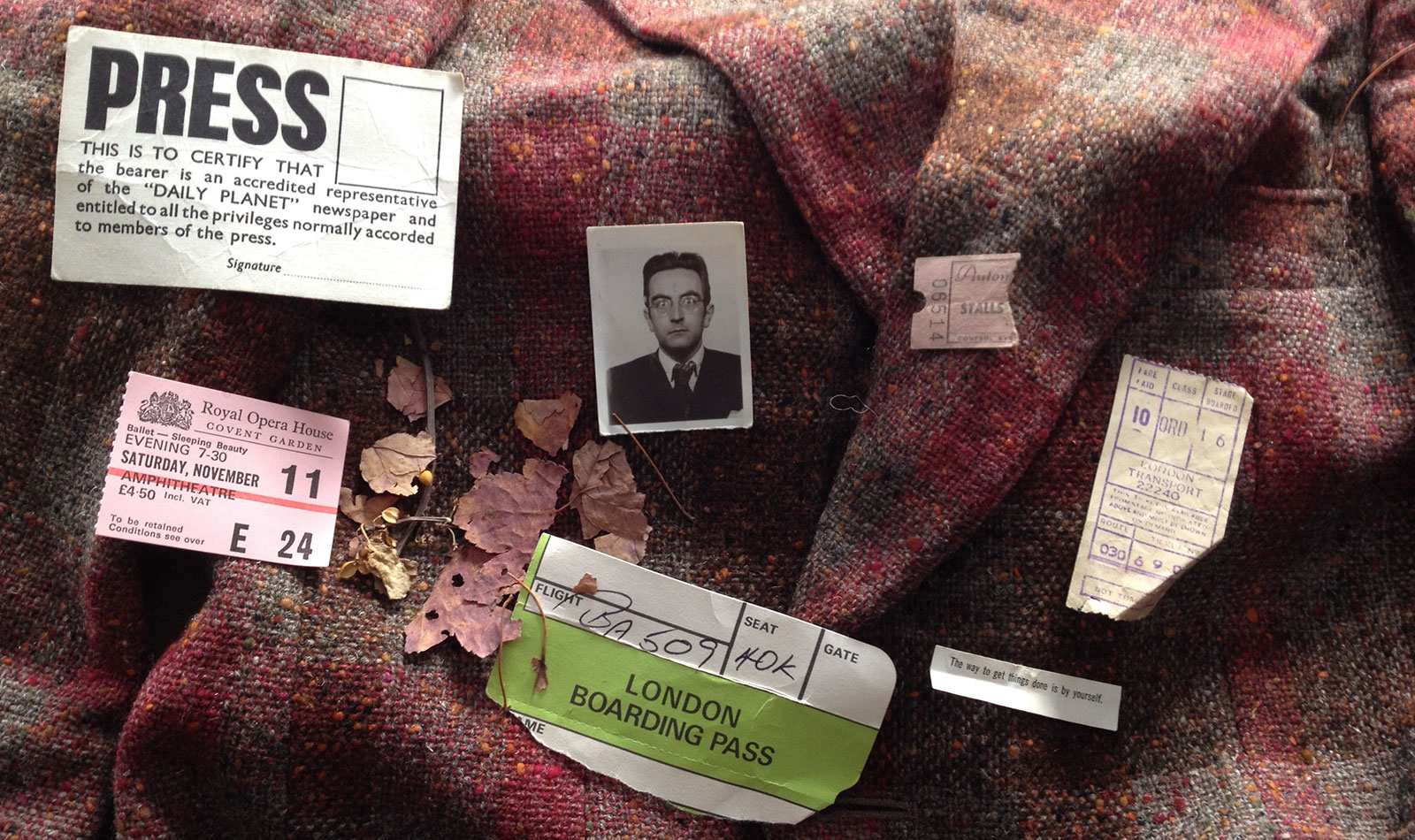 A pocket full of goods

It is these kind of details that bring to life the stories of the Londoners whose lives populate our collections, helping us to understand what London in their time was like, what kind of people they were and what living in London meant to them.

Cyana Madsen is a PhD student researching the curatorial methods employed in acquiring objects of worn clothing into public collections, and the effects of these methods on object biography. Cyana’s Techne AHRC-funded project is jointly based at the Museum of London and the University of the Arts London.

PhD Researcher at the
Museum of London 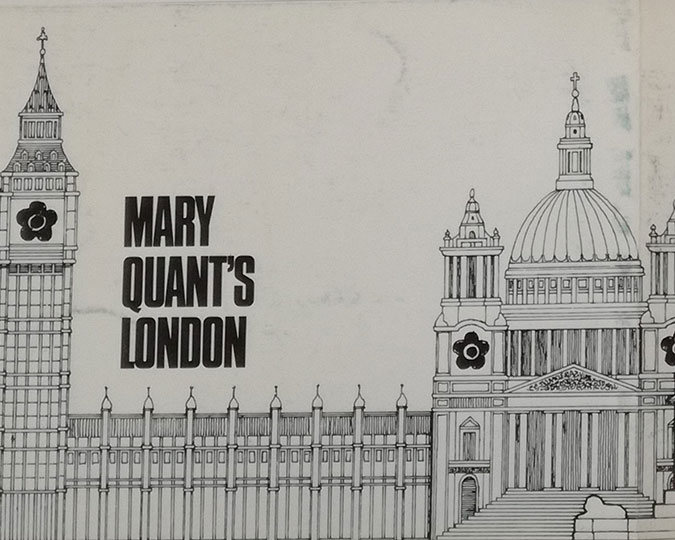 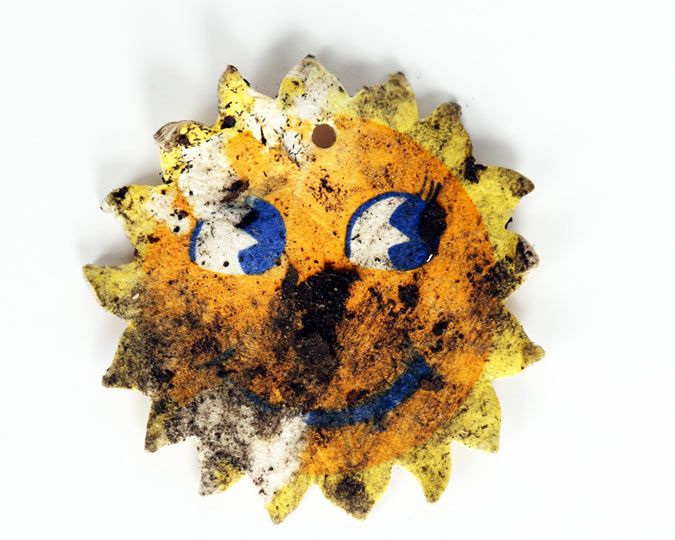 How litter-picking in the park can tell us about life in modern London.