As people across London head to the polls for the General Election on 12 December 2019, we thought we'd look back at London on election days through history, through paintings and photographs from our collections. 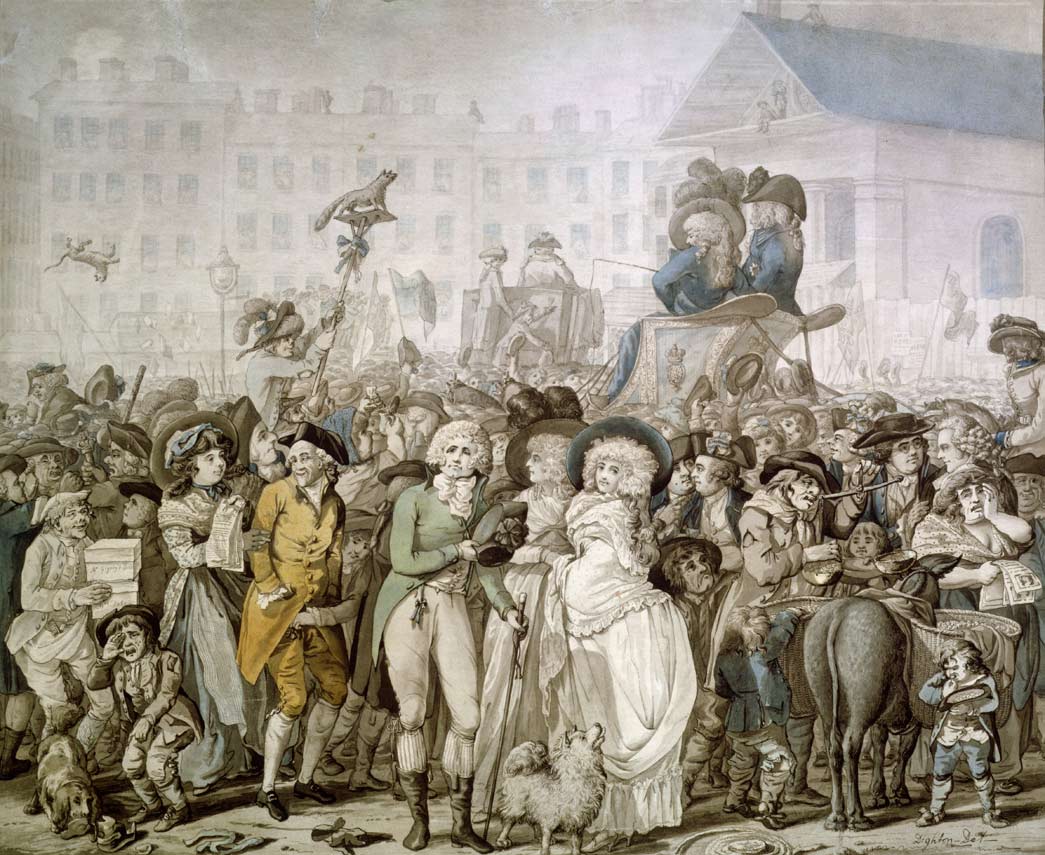 This pen and watercolour drawing by Richard Dighton captures the lively chaos of an election in 18th century London, radically different from voting today. At this time, the right to vote was severely restricted, with only a small class of property-owning men selecting Members of Parliament. There was also no such thing as a secret ballot: all voters declared their allegiances publicly, recorded on tally boards. This combination of a small electorate and public voting made it easy for political campaigners to bribe or threaten voters to choose their candidate. It was accepted practice for wealthy politicians to distribute free food and drink in exchange for votes (today, of course, illegal), and some campaigners tried to get their opponent's supporters too drunk to vote.

This atmosphere of misrule is captured by Dighton, who depicts well-known London politicians alongside caricatures of London stereotypes, from beggar-boys to pick-pockets. At the front is Lord John Townshend, who campaigned for election in Covent Garden. Beside him is the Duchess of Devonshire, a famous London noblewoman who was actively involved in political campaigning. The figures in the carriage are the Prince of Wales (the future King George IV) and his mistress.

Celebrating the polls in prison, 1806 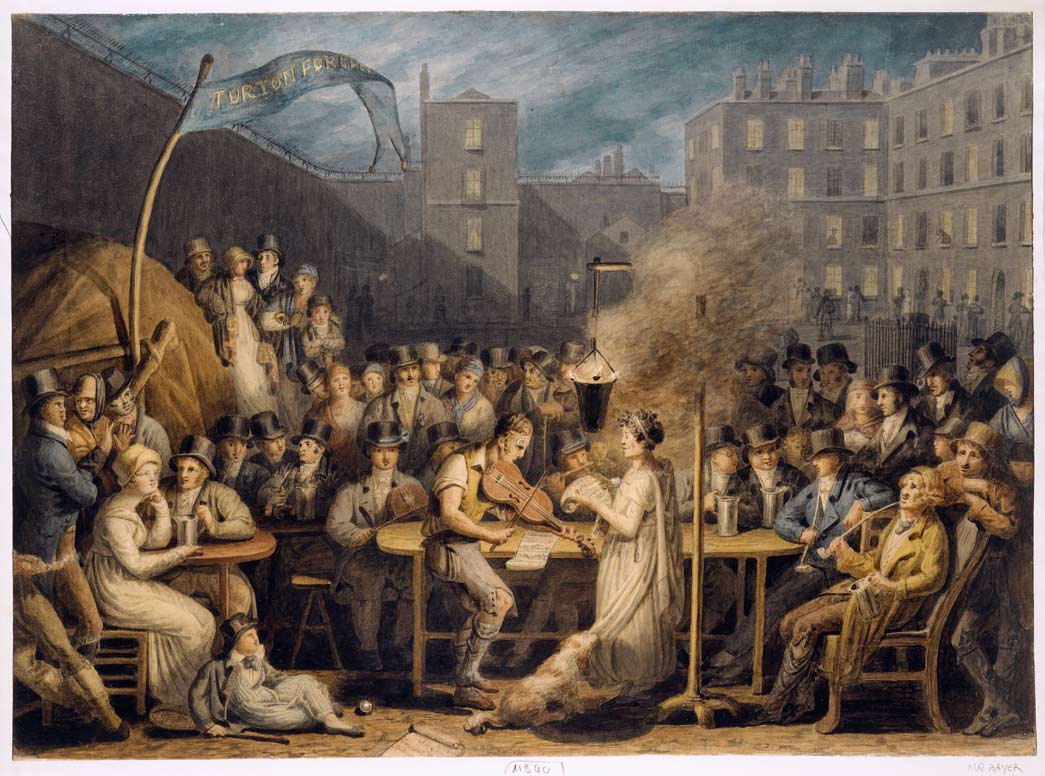 This watercolour by artist Matthew Dubourg depicts celebrations on the night of the 1806 election, in a rather unusual location: the courtyard of King's Bench Prison, just off Borough High Street. This was a debtor's prison, where inmates were imprisoned because they failed to repay loans. Debtors' prisons allowed wealthy inmates to live in very comfortable lodgings, with entertainments and creature comforts purchased from outside the prison. Here, well-dressed men and women are shown enjoying an outdoor concert, involving two violinists, a flautist and a singer, all celebrating the election of Thomas Turton as the MP for Southwark. The blue banner at the top of the painting shows "Turton Forever".

Thomas Turton was a supporter of the recently deceased Pitt the Younger, and defeated the sitting Tory MP for Southwark, George Tierney. The 1806 election, which ran from 29 October to 17 December, was caused in part by the death of Pitt, the Prime Minister, in the midst of war with Napoleonic France. It led to gains for the Whigs, the party of Pitt, but not the landslide their leader Lord Grenville had hoped for when he asked the King to dissolve parliament and call the election. In any case, it appears to have been a good enough result for the debtors of King's Bench Prison to celebrate.

Election of the Members for Westminster, 1818 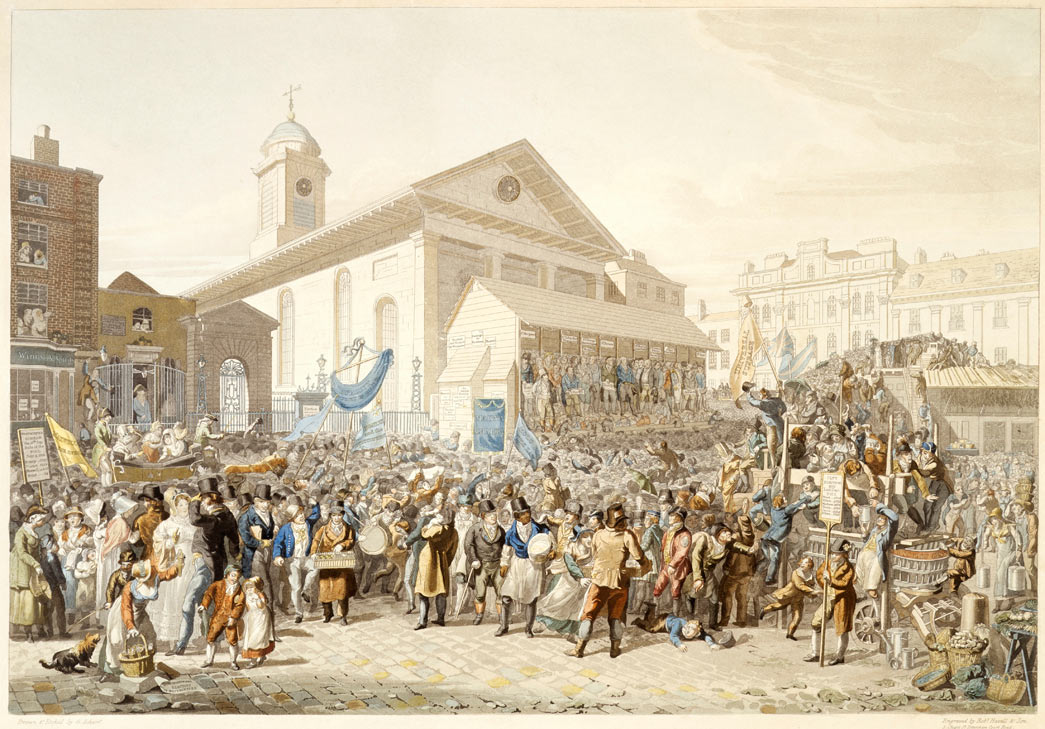 Representation of the Election of Members of Parliament for Westminster 1818

This coloured etching shows a crowd assembled outside St Paul's Church, Covent Garden for the general election of 1818. Forty years after Dighton's view of a drunken scrum filled with violence and theft, this shows a slightly more orderly election, although still much more raucous than modern ones. The candidates for parliament can be seen toward the back of the image, on the raised wooden structure temporarily built against the church. A placard in the left foreground shows the current state of the poll.

The main focus however is on the crowd, where children, men and women of many races wave banners, argue, cheer and generally purchase and sell foodstuffs. Street vendors include a pie man, milk man with a basket of undentified articles, a woman with a large basket containing small wicker containers of what might be shellfish. The message is clear: for many Londoners, Election Day was more about spectacle and a carnival atmosphere than it was politics.

There is a hint of radical change depicted here. One banner being waved reads 'Universal Suffrage' - at this point, an appeal for all men to have the vote. The candidate Hunt, trailing a poor fourth, was the radical Henry 'Orator' Hunt, who proposed annual parliaments, universal suffrage, a secret ballot and repeal of the Corn Laws. He was imprisoned several times by the government, but the political goals of radicals like Hunt moved us towards the voting system we enjoy today. 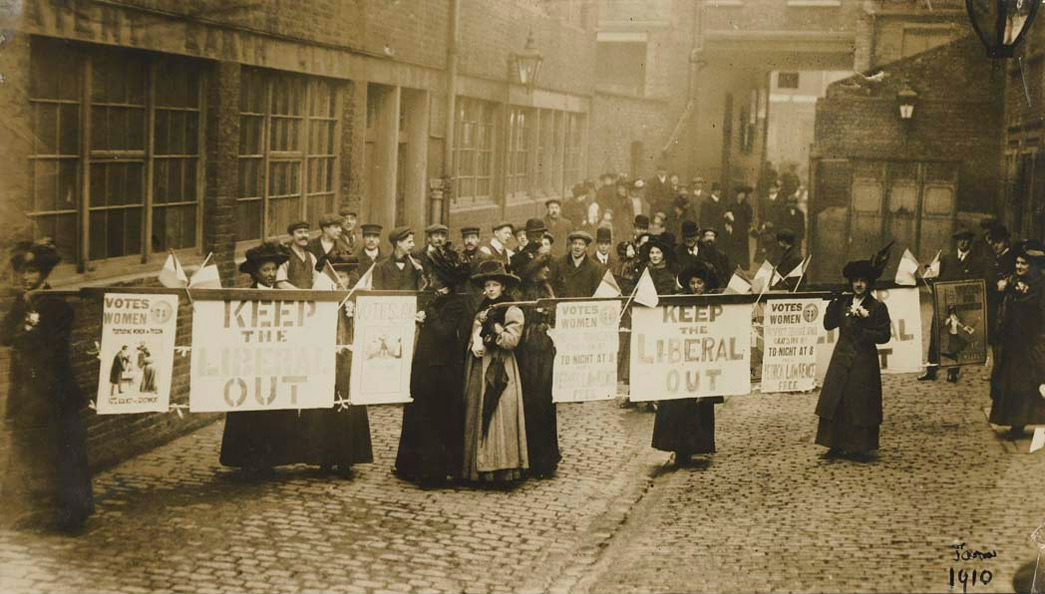 Suffragettes Campaigning during the General Election

In South St Pancras during the General Election, January 1910 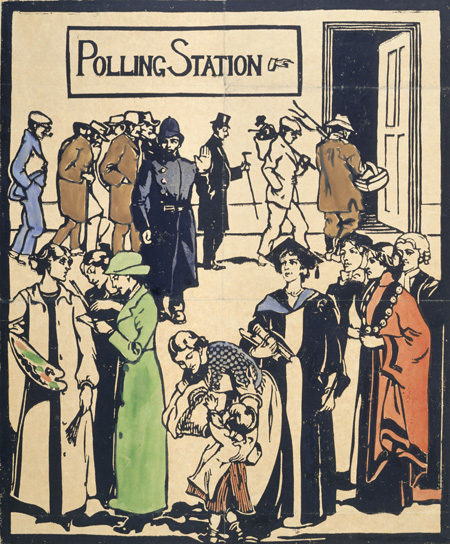 This suffragette postcard depicts the scene outside a polling station on Election Day: professional, intellectual and artistic women are stopped from voting by a policeman, while male agricultural labourers and aristocrats head inside.

This photograph shows suffragettes campaigning in South St Pancras during the General Election, in early 1910. Women were not permitted to vote in parliamentary elections, but the suffragette movement waged a bold campaign to pressure the Liberal party government to change the law. This included encouraging (male) voters to keep Liberal candidates out of parliament. The Liberals under Herbert Asquith suppressed the women's suffrage movement with increasing violence from 1903, imprisoning thousands of suffragettes.

This election, on 10 February, was the first of the two general elections of 1910. The artist Hilda Dallas was in charge of the campaign at the committee rooms at 7 St Andrews Mansions, Newman Street. During by-elections and general elections 'hit squads' of suffragettes would arrive in a constituency, hire the best public rooms and go to work immediately to try and keep the Liberals out of the House of Commons. The suffragette movement announced success in 1918, when the law was changed to allow some women over 30 the right to vote. Clashes at a Mosley riot in Trafalgar Square between supporters, protesters and police 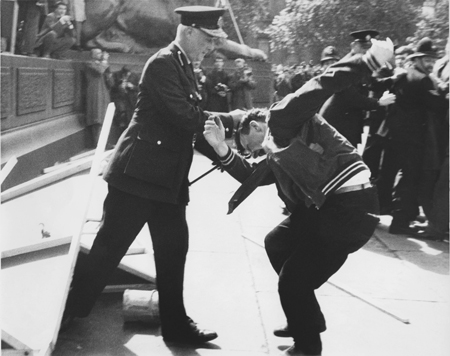 These pictures, by street photographer Bob Collins, were taken at a "Mosley riot" in Trafalgar Square, where police fought with supporters of, and protesters against, the British fascist politician Sir Oswald Mosley. Mosley had been the head of the British Unions of Fascists in the 1930s, and was imprisoned during the Second World War for his pro-Nazi views.

During the 1959 general election, Mosley stood as a candidate in Kensington North, a constituency that had recently suffered in the 1958 Notting Hill race riots. Mosley stood for the Union Movement, and his platform included a ban on mixed-race marriages and the deportation of Caribbean immigrants. He received 8.1% of the vote, and continued to face public hostility and low political success until he left Britain for France in 1966. 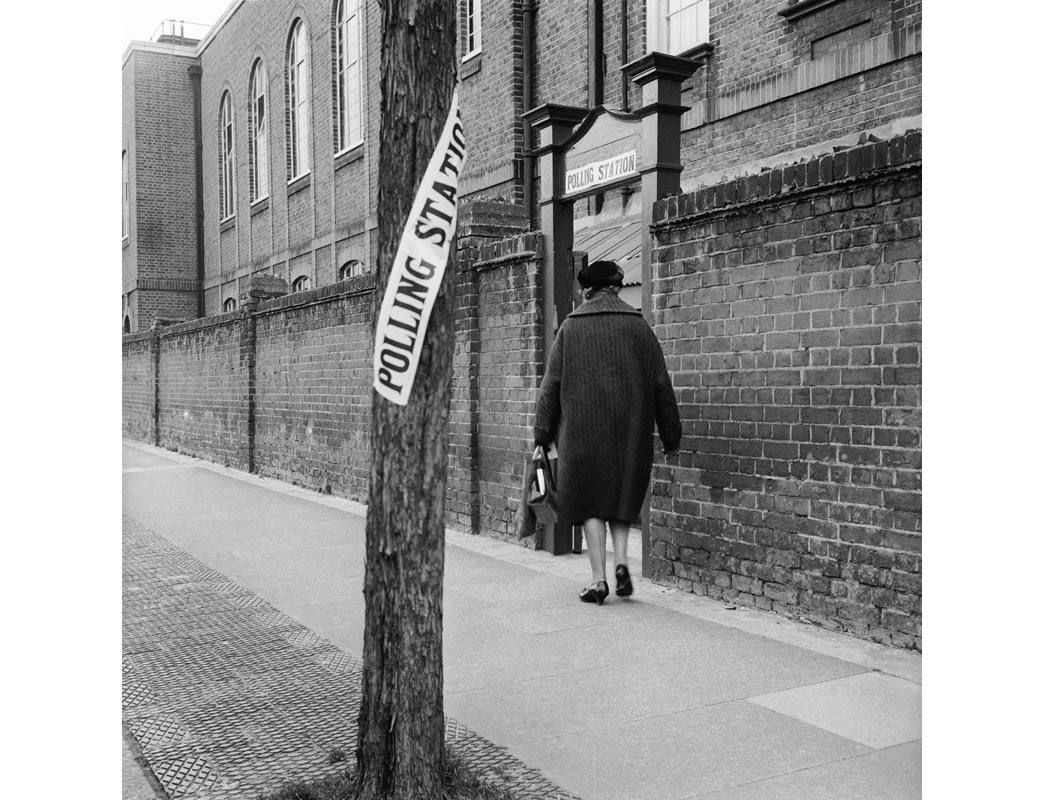 Outside a polling station during the 1964 general election

These photographs were taken on 15 October 1964 by renowned street photographer Henry Grant. From the early 1950s through to the 1980s, Grant documented the everyday lives and experiences of Londoners. He was a freelance photographer by trade but between assignments he would take pictures of the people of London. 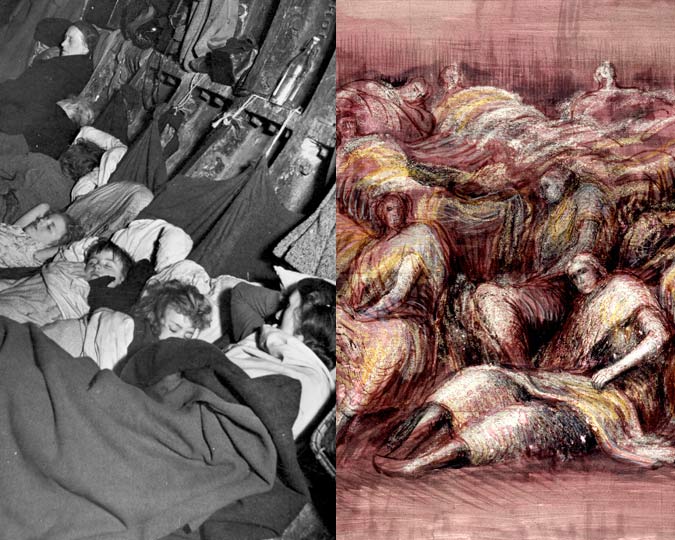 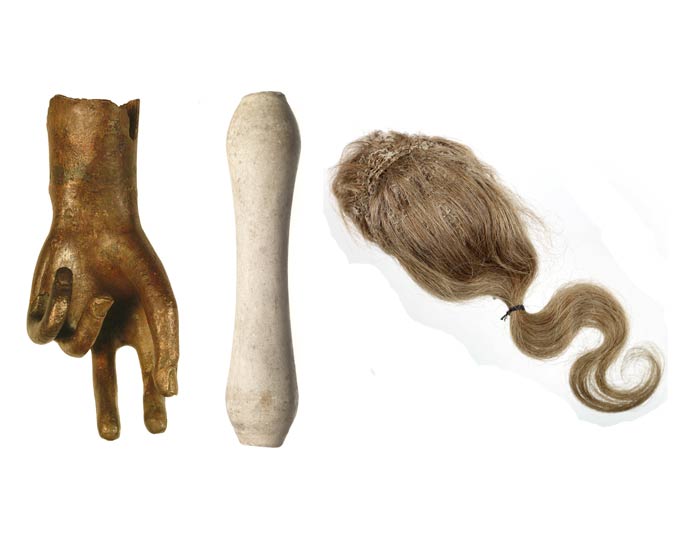 Alternative facts from the Archaeological Archive

What was this mystery object used for? Can you tell the real story from plausible lies? 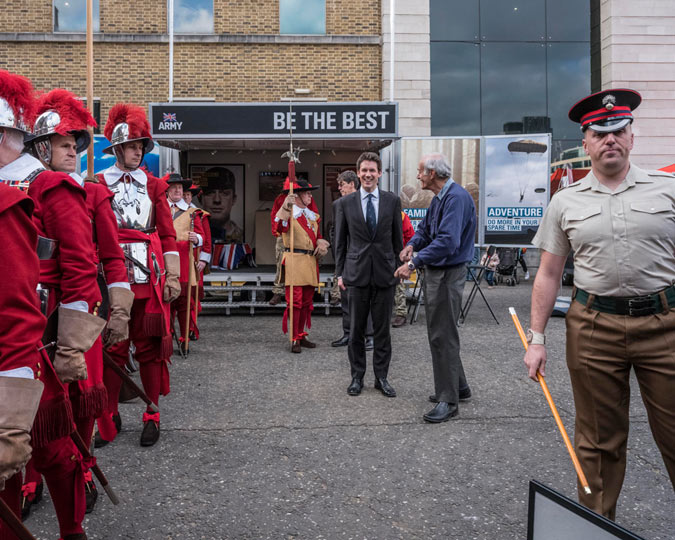 Magnum & the Museum of London run an ambitious project to build a photographic exhibition from scratch.