Rarely-seen photographs reveal the efforts archaeologists made after the Second World War to uncover Roman remains in the bomb-damaged City of London prior to its rebuilding. Museum of London curator Meriel Jeater explains how these discoveries were made. 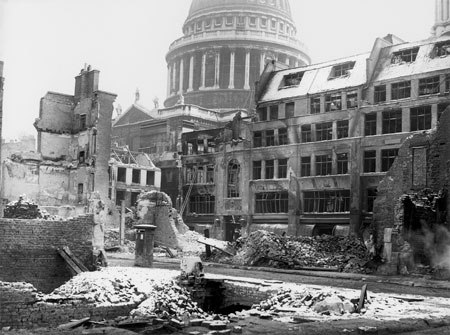 Photograph by Arthur Cross and Fred Tibbs. ID no. IN6899

During World War II, large areas of the City of London were devastated by German bombs, particularly between September 1940 and May 1941 in a period of bombing known as The Blitz. The rebuilding of the ruined areas after the war presented archaeologists with an opportunity to investigate the ancient remains of London which lay underneath the modern City.

The excavation proceeded in two phases: first, Roman discoveries made by the Roman and Mediaeval Excavation Council (RMLEC) and Guildhall Museum staff in the post-war years; the second, the most famous Roman excavation of the period – the temple of Mithras, first uncovered in 1954 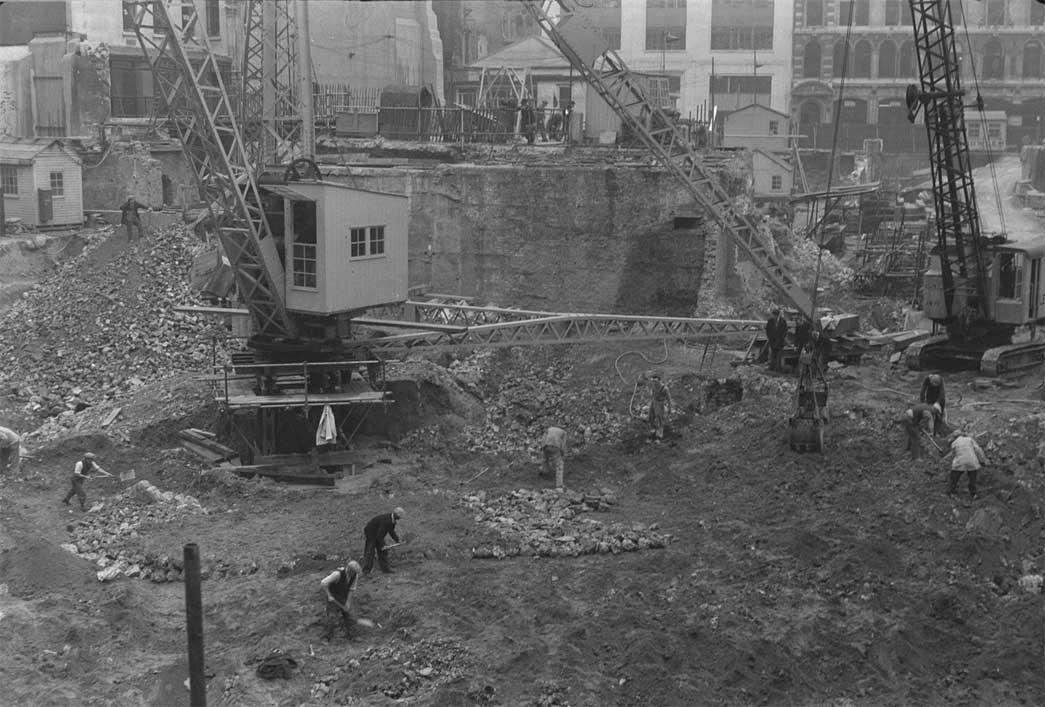 A building site on Lime Street where remains of Roman structures were found, 1951

At a time before modern health and safety rules, archaeologists worked alongside contractors on buildings sites with very little protection from the machinery, rubble, pits and mud. It could sometimes be very hazardous. In fact, Guildhall Museum Field Officer Ivor Noël Hume warned his replacement in 1957 that they ‘must be prepared to excavate pits, wells, etc. under conditions which sometimes threaten personal danger’. 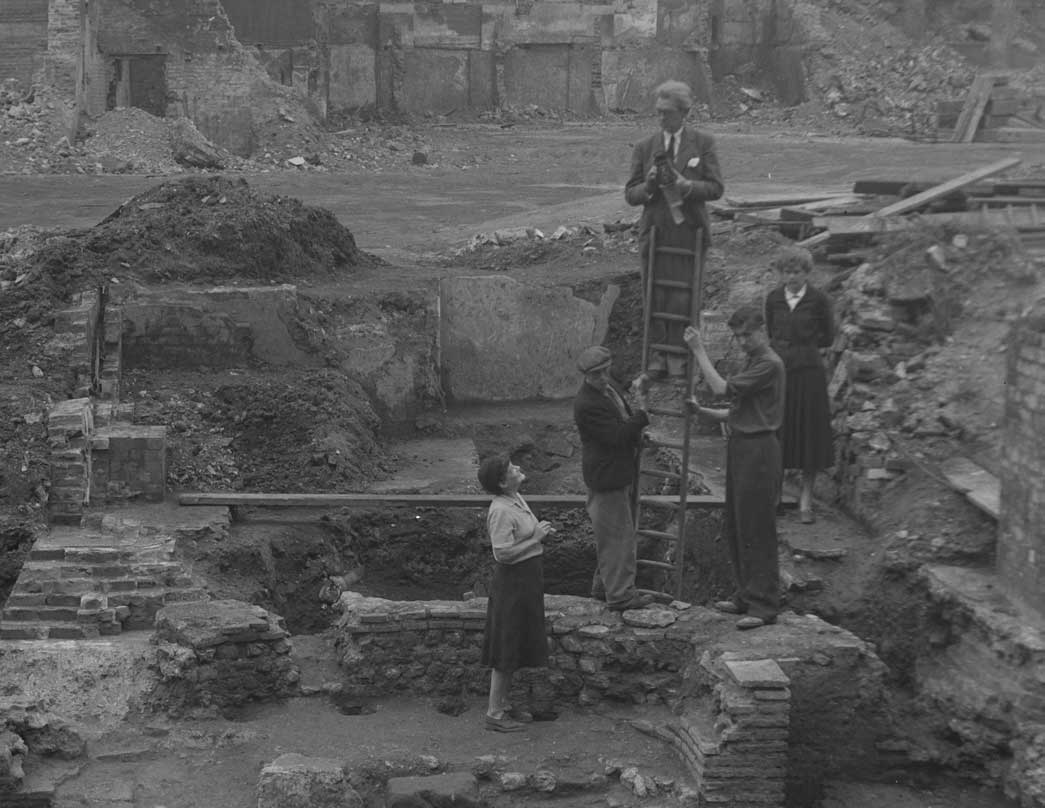 Audrey Williams talking to Professor W F Grimes while he photographs the temple of Mithras site from a ladder, 1954

Many archaeologists worked on these sites and are now famous names in the archaeological world, such as Professor W F Grimes, Dr Peter Marsden and Ivor Noël Hume. Others are less well-known but their work was essential in this phase of post-war archaeology. People like Audrey Williams, who ran the day-to-day work on many RMLEC excavations. She is often seen in photographs wearing her distinctive woollen hat. Or Audrey Baines, an archaeologist who worked for Ivor Noël Hume, first as a volunteer and then as a paid assistant, tirelessly helping him to dig and conserve objects for the Guildhall Museum. 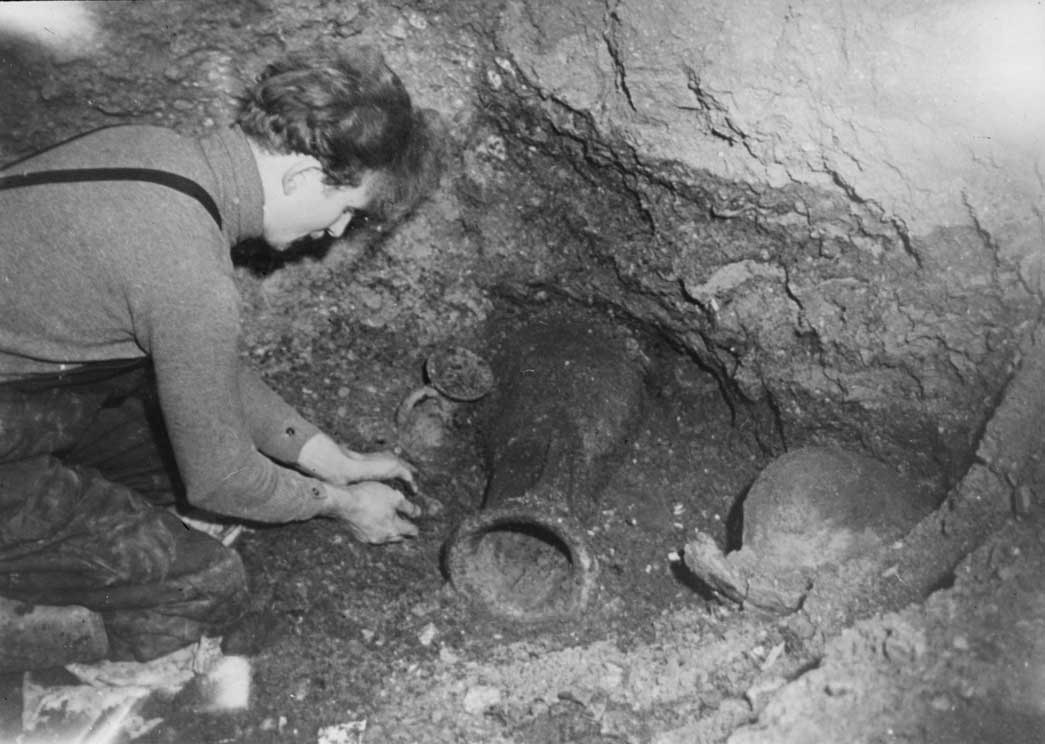 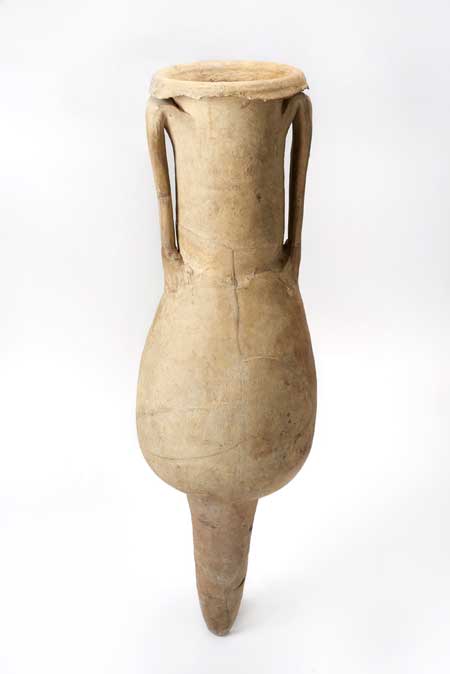 I have been working at the Museum of London for 17 years, long enough that many objects in the Roman gallery seem like old friends. However, I rarely thought much about the exact circumstances of their discovery. When choosing photographs from the archives for an exhibition in October 2017, I finally saw the moments when several of the objects actually came out of the ground.

The second half of that exhibition, curated by MOLA (Museum of London Archaeology), reveals the fascinating story of the discovery of the temple of the Roman god Mithras in 1954. MOLA also conducted more recent excavations on the site in 2010-2014, prior to the construction of Bloomberg's new European headquarters.

Thousands of amazing objects were discovered during the 1954 and 2010-14 excavations, including the head of a statue of Mithras himself, which you can view in the Museum of London's Roman gallery. Many other fascinating artefacts are on display in London Mithraeum Bloomberg SPACE. This new cultural space, reconstructed on the location of the original Temple of Mithras, also showcases an immersive experience of the ancient temple as well as a series of contemporary art commissions that respond to the history of the site.

Find out more about London Mithraeum Bloomberg SPACE on their website. 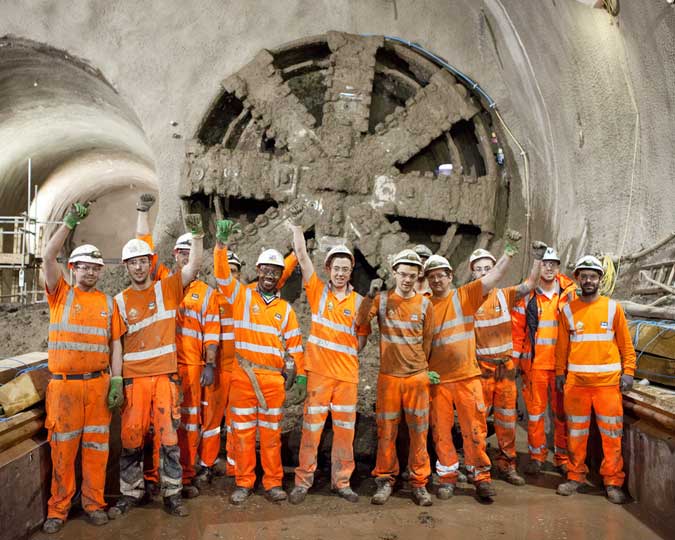 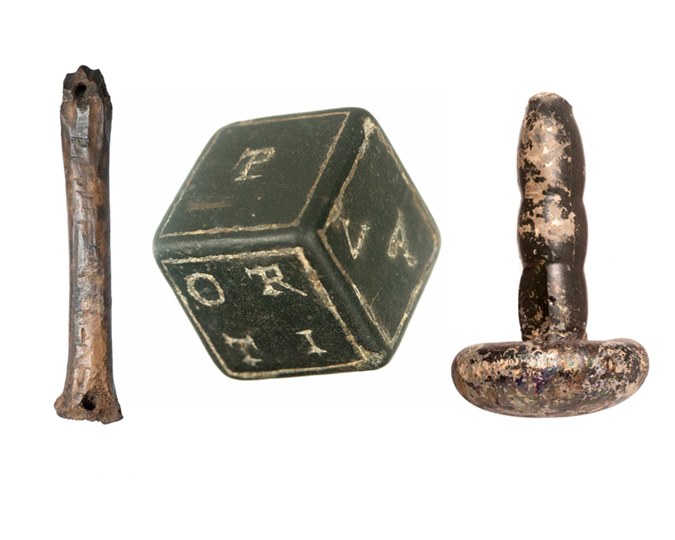 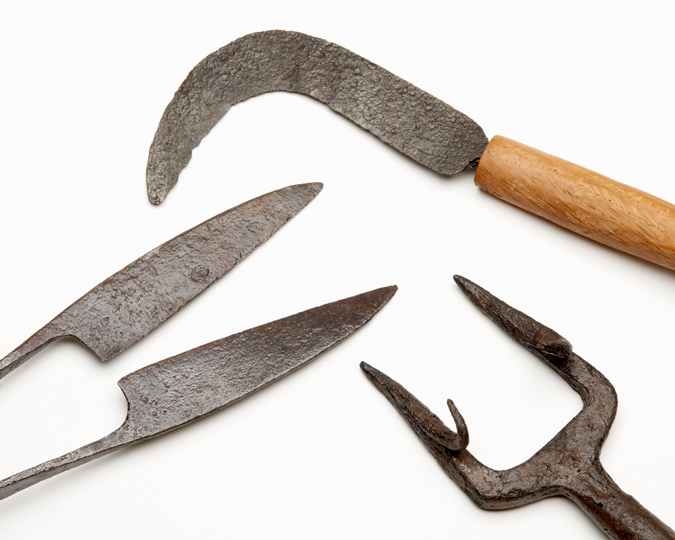