Our major exhibition London Nights featured 120 years of photography capturing the capital at night. To bring it up to the present day, we offered photography students the chance to display their work at the museum. Rosalie Wiesner reveals how we chose the winners and put their Night Visions on display.

When we conceived our London Nights exhibition, we were committed to engaging current students of photography in a creative way. Not just to display fresh photographic work, but to help to nurture the home-grown creative talent that London has to offer. We worked with the Royal College of Art and the London College of Communication, offering students of photography and photojournalism the chance to display their work alongside London Nights. The lecturers of each course, Rut Blees Luxemburg and Lewis Bush, are both celebrated photographers of the night themselves, whose work is featured in the London Nights exhibition. 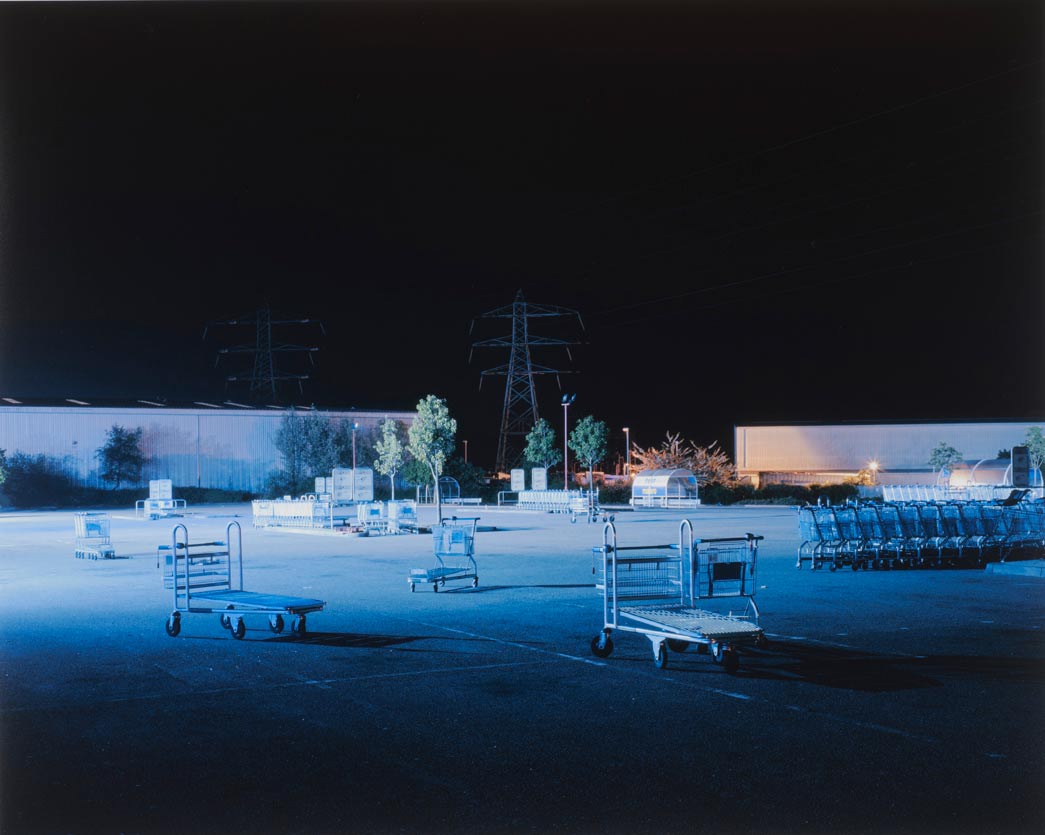 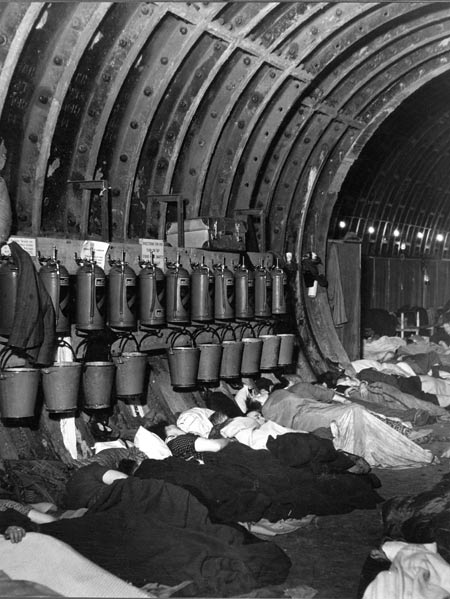 London Nights explores in three sections how photographers have worked in London at night: London Illuminated, Dark Matters and Switch On Switch Off. Watch curator Anna Sparham explain the exhibition in our video.

London Illuminated shows works that capture the aesthetic of the city at night through limited light. Photographers such as Paul Martin, Alvin Langdon Coburn, and Thierry Cohen feature here.

The second section, Dark Matters, explores the darker side of the capital at night, the mysterious and often gritty side of the night. It displays images from of the Second World War to the present day, looking at isolation, crime and homelessness. Photographers include Rut Blees Luxemburg, Bill Brandt, and Lewis Bush.

Swith On Switch Off looks at Londoners’ night-time relationship with rest, work and play, from the 1920’s to the present day, from portraiture to conceptual works. It features the likes of Nick Turpin, Tish Murtha, Mitra Tabrizian, Bert Hardy, Wolf Suschitzky and David Moore. 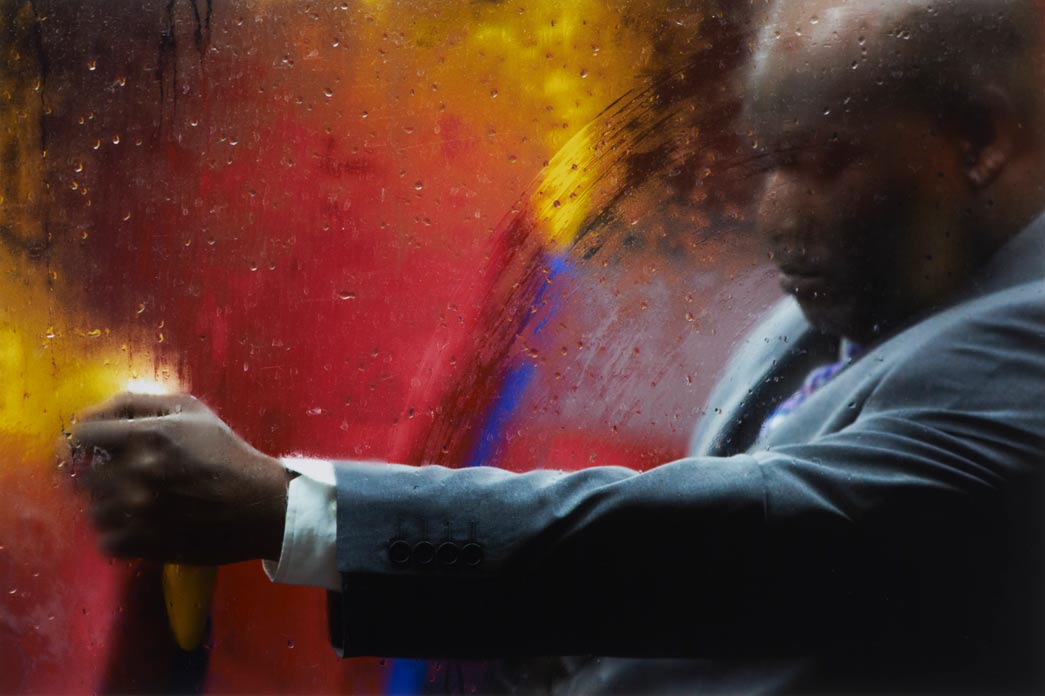 Nick Turpin. From the series On the Night Bus, 2016

Our brief for Night Visions was simple: the students’ images had to be shot in London and the work had to relate to the night, either literally or conceptually.

The curator of London Nights, Anna Sparham, and I presented our brief to participants at the London College of Communication. We delved into the subject matter of the exhibition, highlighting examples of photographers and their work from each section.

We also invited students to the Museum of London to discuss the opportunities and limitations of the display space: the Rotunda at the museum’s entrance, where almost every visitor will see their photographs. This outdoor (and very public) exhibition space forced the students to think about subject matter as well as choosing images that could stand alone, powerful photographs to capture the attention of a passers-by. Students were also able to get an exclusive look at some of the original objects going into the exhibition for inspiration, along with the lecturers of both courses, Rut Blees Luxemburg and Lewis Bush. Planning for the Night Visions display 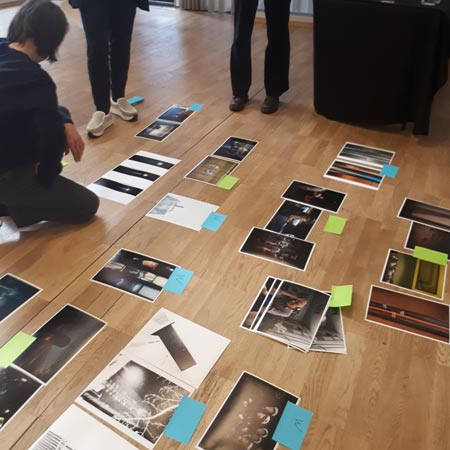 The selection panel review the photographs

Three months later, in January 2018, over 30 students submitted 136 images, with captions to give context and explain their ideas.

With limited display space available, we had a big editorial job ahead of us. As well as myself and Anna, our judges were both the lecturers, as well as someone who works with images on a daily basis, Financial Times writer and editor Liz Jobey.

Our selection process was simple: we scattered all the images across a few tables and looked at their immediate impact and visual strength. After reading their captions, each reviewer made an initial selection, sticking post-it-notes onto images they felt were strongest and resonated with London Nights. After vigorous discussion, we had a selection we felt was diverse enough in subject matter, approach, and represented the themes explored in London Nights. Just as important was choosing an equal balance of submissions from each college. Many hours were spent inside a locked room until we all agreed on the final selection.

We worked with a graphic designer to create the display, in the Rotunda entrance to the museum. We collaborated with the 14 selected students to finalise their caption so that they were simple enough for visitors who will not be familiar with their project or the wider exhibition – as well as an introduction to the display explaining the project and partnership. 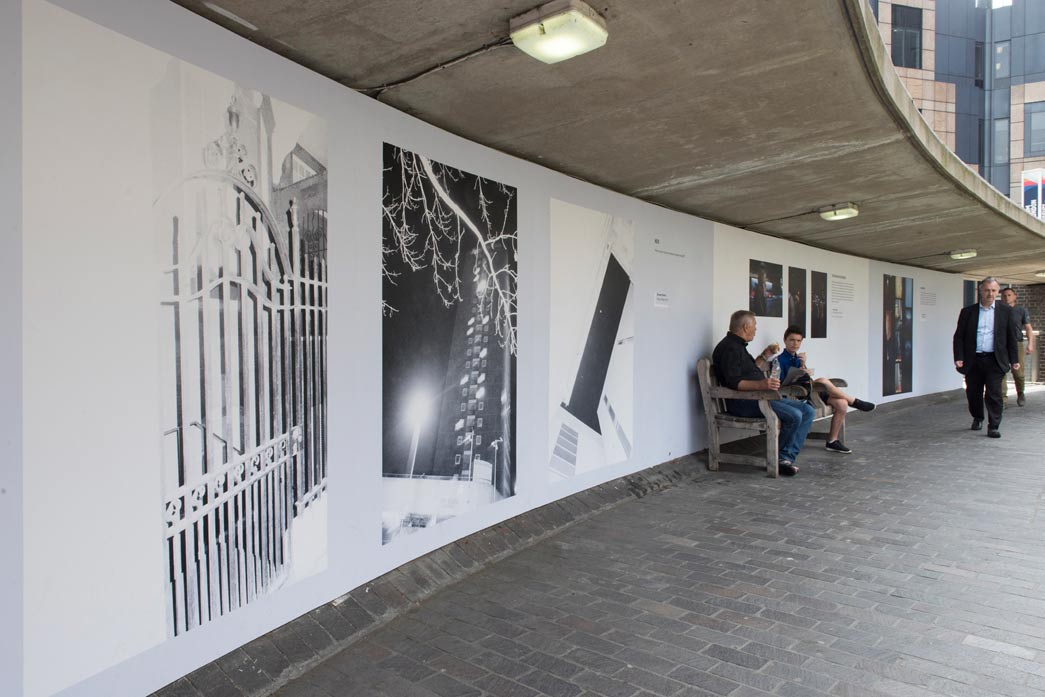 The Night Visions display at the Museum of London

The final display, called Night Visions, manages to push the boundaries of the themes in the London Nights exhibition. One series that stands out as acutely relevant are images looking at the aftermath of the Grenfell Tower fire, taken by LCC student Hiroyuki Taira, who has been documenting the community around the tower ever since the tragedy a year ago. Itamar Freed from the RCA explores the highly artificial environment of 21st century cities by photographing parks and gardens and giving them an exotic and dreamlike feeling, questioning ‘distinctions between the natural and artificial, real and manufactured, the wild and tamed’. 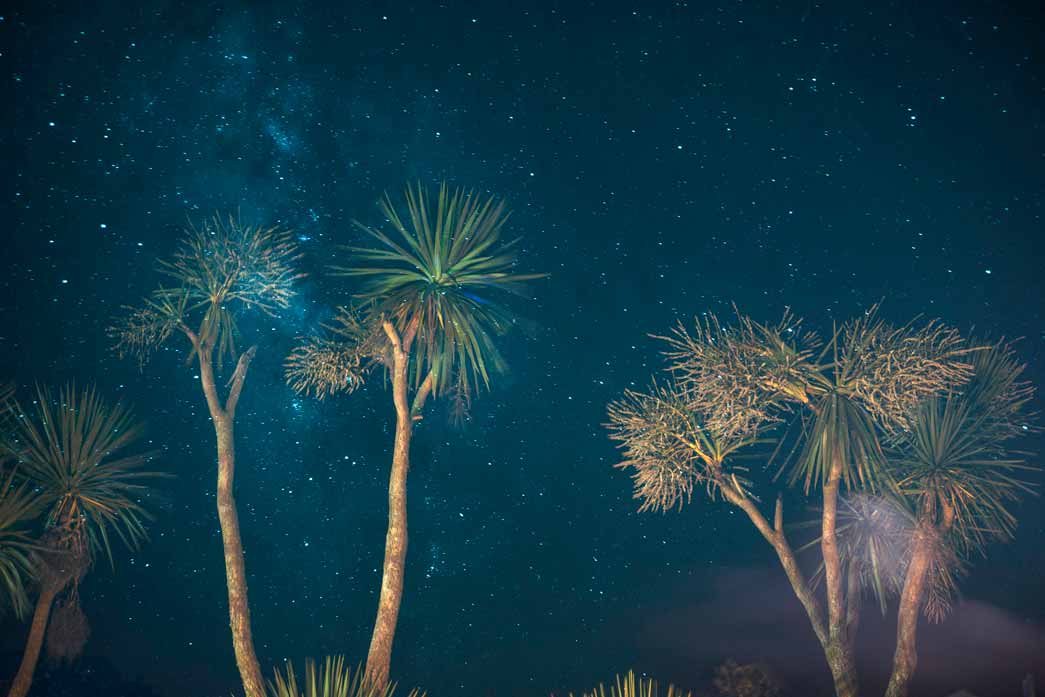 A student at the Royal College of Art, Itamar's work is on display in Night Visions

Both lecturers said that they appreciated the opportunity presented to their students, who have learned important aspects of the display of images as public art, outside of a traditional museum or gallery. There was also a valuable lesson in how the meaning of the work changes, particularly when photographic works are displayed as graphic prints rather than framed works of art. Read a blog post about the display by RCA.

Putting the images into a single display really made them come alive, in the way that each work relates to its neighbours and the playful varying scales. As visitors walk towards the museum, Night Visions leads them around the Rotunda, an intriguing spectacle that welcomes them into the Museum of London.