Our photography exhibition London Nights displayed over 200 photographs by 50 artists. We made curator Anna Sparham pick just five, showing how the exhibition reflects the many faces of London after dark. 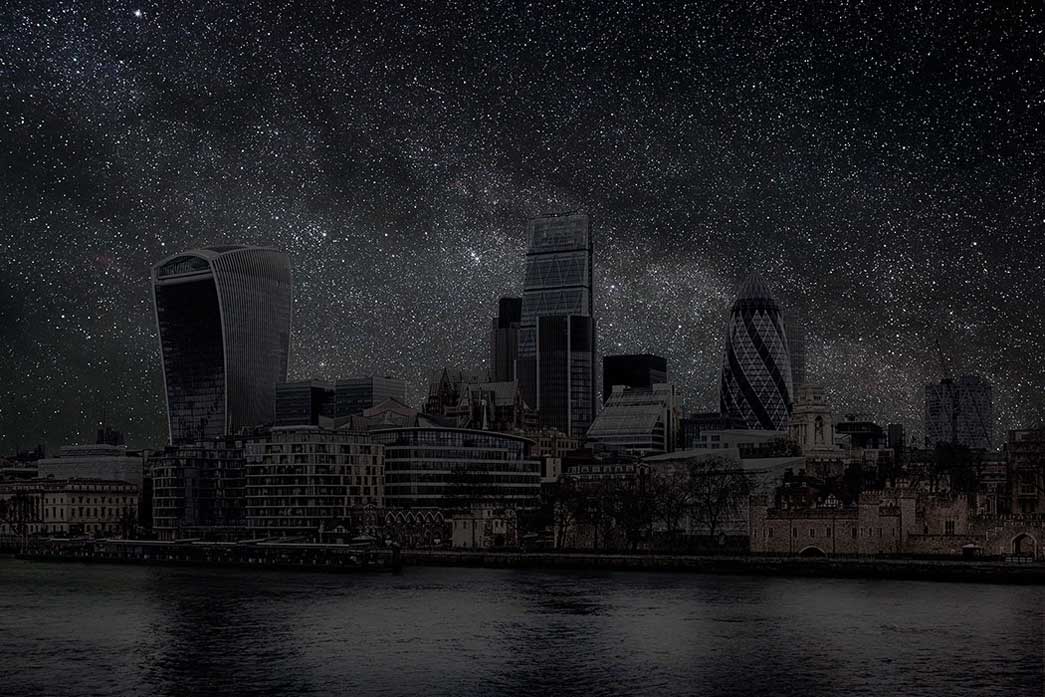 This mesmerising photograph depicts a densely starlit London skyline. Yet who has witnessed such a sky in London? The scene is in fact a digital composite. The buildings were photographed during the day, free of any illumination. Traversing the globe along the exact same latitude as London, Thierry Cohen photographed the magnificent sky over Kazakhstan: the same night sky that would be visible in London if not for light and atmospheric pollution.

Over the course of creating London Nights we were able to make a few stunning new acquisitions, including this one. It is wonderful to watch people engage with it. We purchased the print from Danziger Gallery in New York, and so its arrival was keenly anticipated. On opening the crate, it really didn’t disappoint. It is definitely a photograph worth seeing in person if you can. 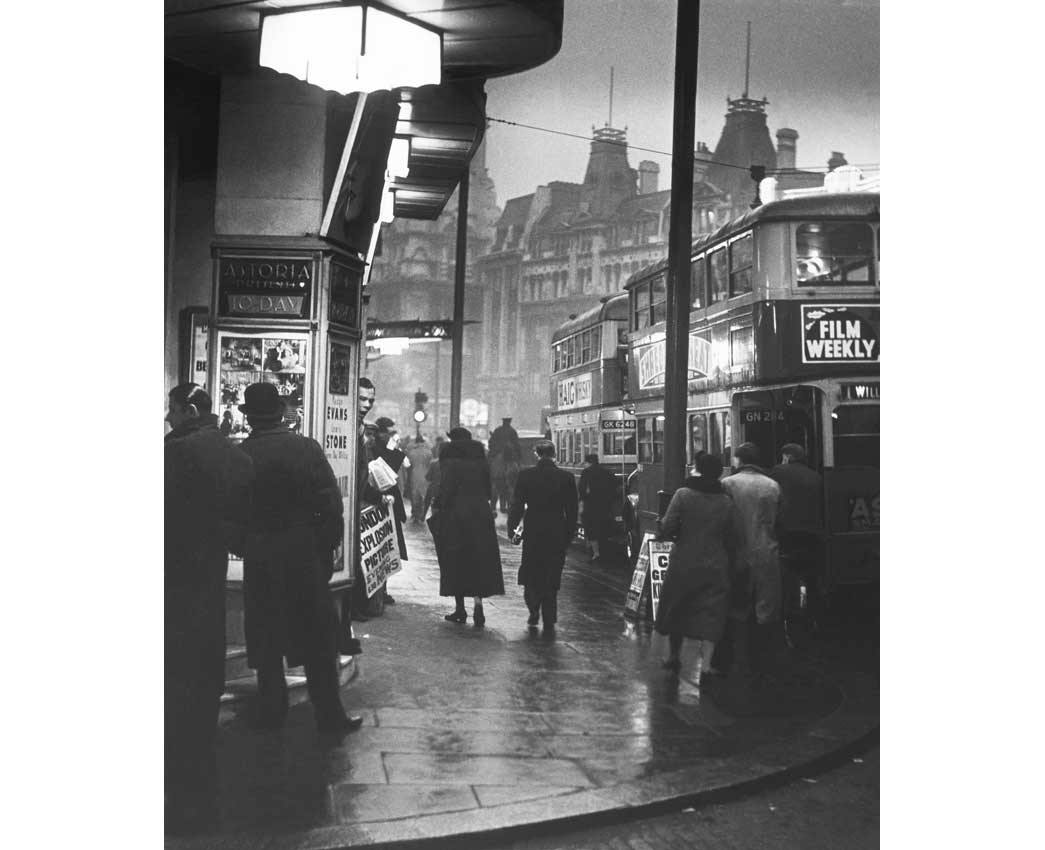 Our existing photographic collection contains so many gems, from the renowned to the barely seen. Wolf Suschitzky’s work remains a firm favourite and it is wonderful to see a few framed on the wall once more. I had the privilege of meeting Suschitzky several times, last when he was at the young age of 103.

His warmth and humour I think shines through in this photograph, which so perfectly observes the everyday life in London he found so visually intriguing. I enjoy the classic filmic quality that this evening scene conveys. The yawning man just peering around the doorframe, holding an ad for the Evening News, just brilliantly draws you in. Suschitzky later became an acclaimed cinematographer, including working on the film Get Carter. 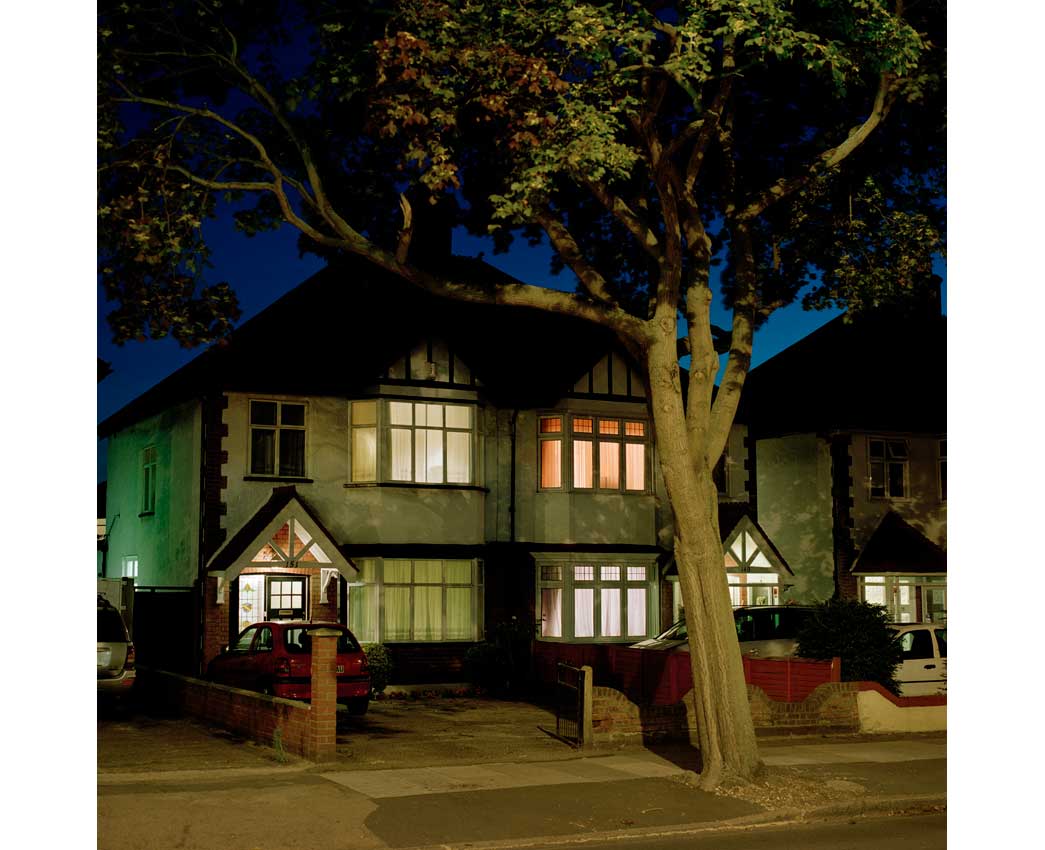 I always wanted the exhibition to represent the diversity of the city, showing every part of London at night, not just the central hotspots. I was delighted to find a set of work by Niall McDiarmid, whose street portraits we exhibited in 2017. Niall’s relatively unseen series struck at exactly what I wanted to convey – that view of nocturnal suburbia, which is the familiar experience of London at night for so many. Those backlit drawn curtains and glimpses of occasional figures were precisely the elements I wanted to portray, so it was delightful to discover Niall’s work and that he was willing to lend some to exhibit.

The series recalls the words of Thomas Burke, who wrote in 1915 of walking home late at night through the ‘monotonous-faced houses’ of London’s suburbia, pondering the boundlessness of the city after dark: ‘That street is but one of thousands and thousands which radiate to every point, and that all the night air of one city is holding the passions of those millions of creatures.’

Somewhere in the night, Mitra Tabrizian, 2006 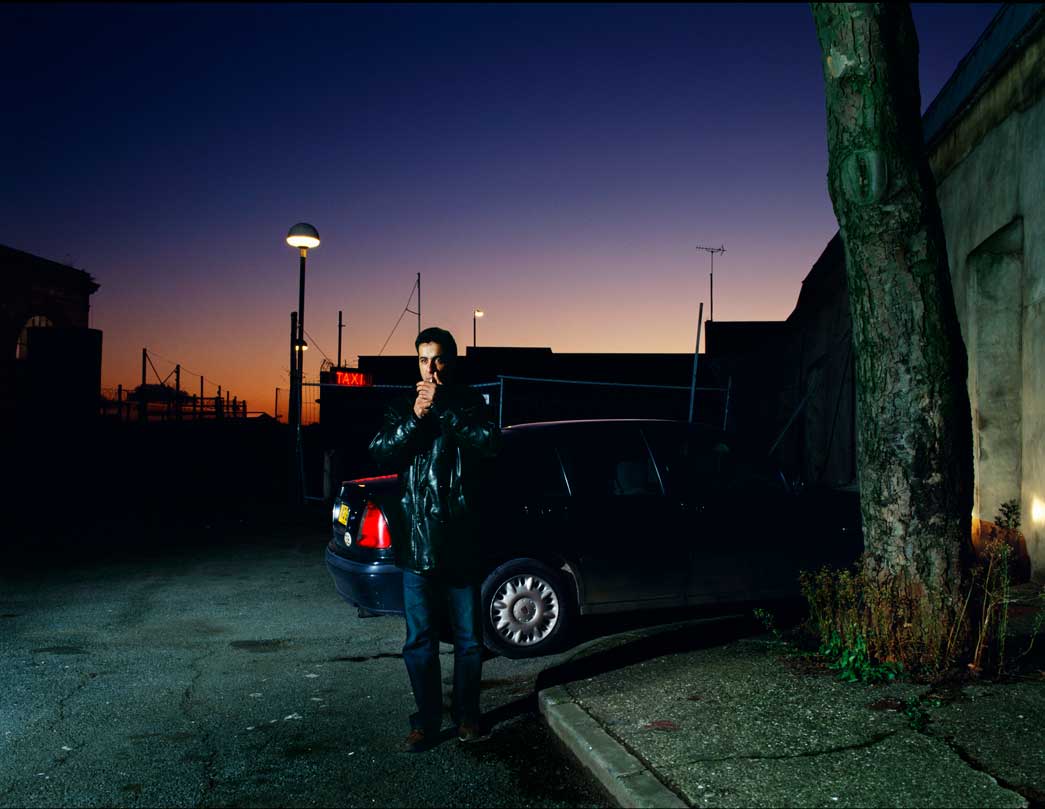 A key part of the exhibition is night working, the people who labour through the hours of darkness to keep London running. That's why I love this striking portrait, on loan from Tabrizian herself. From her series Border, this staged photograph portrays a real life individual – an Iranian migrant named Gholam. Tabrizian exhibited her portraits with accompanying stories of the people in her photographs. In this case we are told that the man works ‘as a taxi driver, with long night shifts; still hopes to get lucky somewhere along the line. But the harder he works, the less he saves. The longer he stays the more remote seems the prospect of return.’

His stare and solitary environment encourage us to consider his sense of belonging. Who does he encounter working through the night, as a migrant in London, witnessing the lives of others on their way home from work or play in his cab? Is he lonely or content? What must it be like to see the urban night in this way?

I was immediately drawn to 'Somewhere in the Night' and was so excited to see it arrive and installed, where it has even more impact. The Border series inspired Tabrizian to make her first feature film, titled Gholam, which follows the tale of a night time taxi driver. This will be screened by the Barbican as part of their London Nights film season. 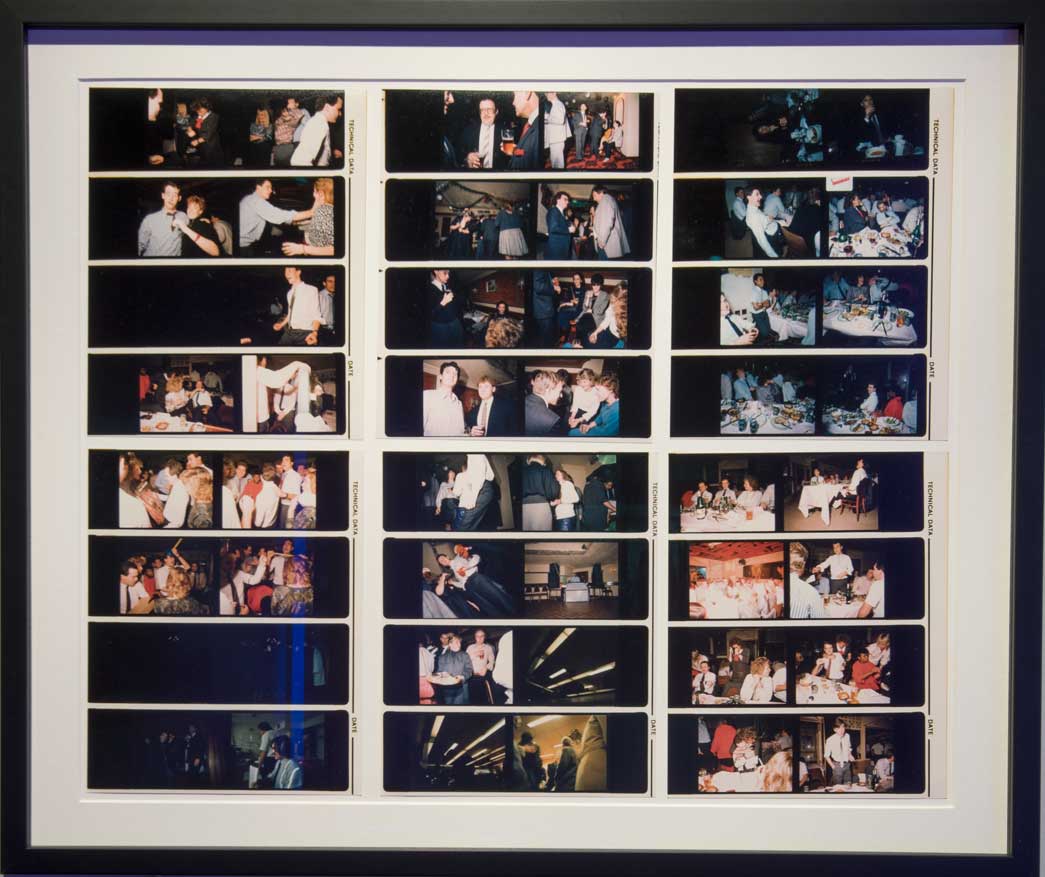 One thing I love about London Nights is the real range of photographic formats on display, like these contact sheets, used to select final images from among a set of negatives. In 1987 the Museum of London together with Camerawork jointly commissioned photographer Anna Fox to explore London’s Thatcher-era office life. They were published in a book, Work Stations, and 54 were acquired for the museum's collection.

Very few depict night time scenes, so with Fox’s agreement I opted to display six previously unseen contact sheets. These showed how she did Fox had ventured out to the after-hours office parties: a part of London nightlife many visitors might relate to.

One frame has been ticked, implying it was selected for inclusion in the book. In fact this tick was applied by the museum's previous curator of photographs, not by Fox. I enjoy how an object like a contact sheet can convey the history of the work beyond the actual imagery. Another example would be Bert Hardy’s contact strips, on loan to the exhibition, which are clearly marked by either Hardy or editors at the Picture Post.

It would be impossible to select my favourite images within London Nights: I am super close to them all. However, these are some highlights, giving a taste of the rich variety of London that we've tried to capture in this exhibition.