Our 2017 exhibition Junk explored how Londoners through history have recycled and repurposed their rubbish.

We live in a disposable society. If you break a plate, or stain a shirt, or crack a glass, it's easier to throw it away and buy a new one than it is to repair. And thanks to how cheap most goods are, you can afford to do so. This is a remarkably recent development. For perhaps the first time in the city's history, everyone except the very poorest of Londoners has the means to just replace broken goods, sometimes even to buy clothes or crockery knowing that they'll discard them after a few uses. Of course, this isn't sustainable in the long run, and rests on a complex, energy-intensive network of global trade that generates huge amounts of waste. Sooner or later, Londoners will have to increase the rate they recycle, reuse and repurpose our rubbish, just as they have had to do in centuries past. Our new Junk display is filled with archaeological evidence of an incredible ability to save even worthless-seeming objects from the scrapheap.

Sustainable city living is one of the challenges we're exploring in City Now City Future, a year-long season of over 100 exhibitions and events that looks at urban life in the 21st century. Curator Hazel Forsyth takes us through some of the most fascinating examples of recycling from our collections. 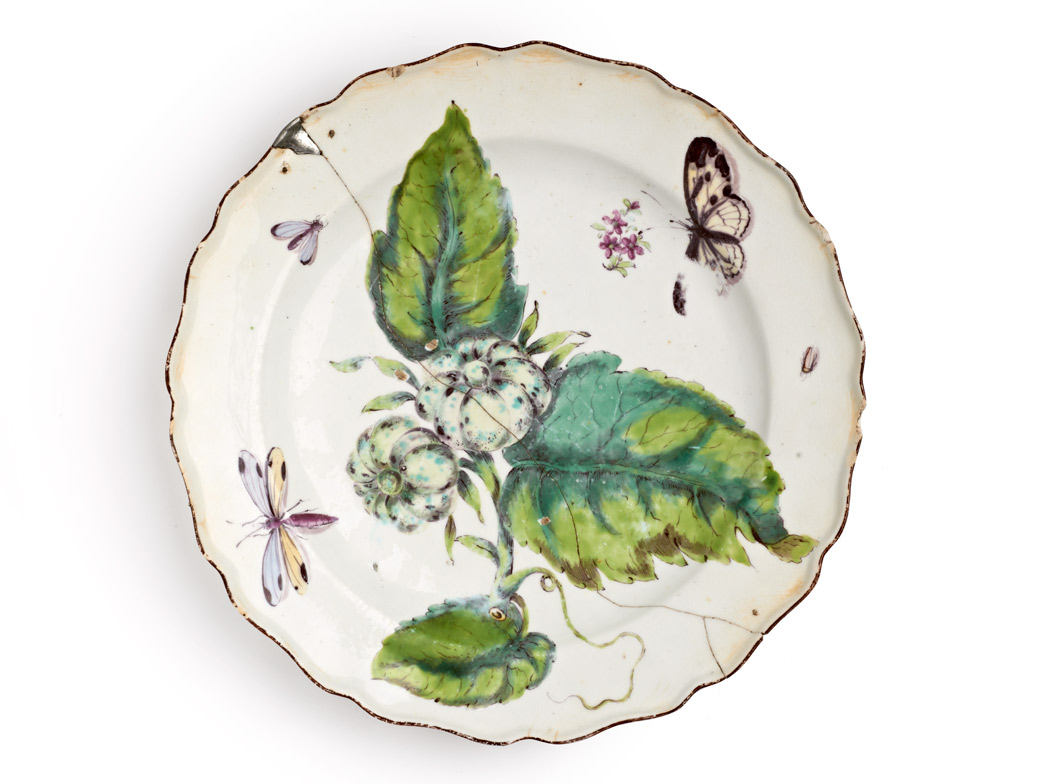 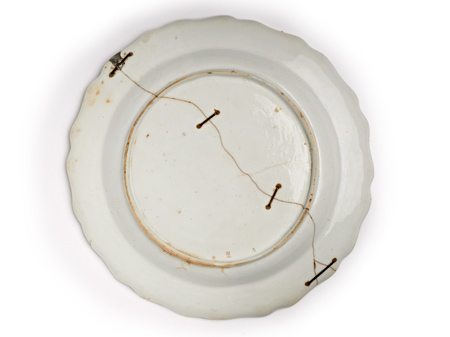 People have been carrying out riveted repairs of pots and ceramics for thousands of years. Roman pots were repaired with lead patches, iron wires and an adhesive made from birch-bark or cherry tree resin. On display is a Roman samian ware bowl, reconstructed from clay fragments, with traces of black pitch where the joins have failed.

Some vessels, fractured during firing, were drilled for staples and the fragments glued together as an added precaution. Notice the iron staples used to repair the 18th century porcelain plate. It's no surprise that whoever owned it didn't want to throw the plate away: it has a beautiful hand-painted design, in a botanical style known as 'Hans Sloane', after the famous naturalist. 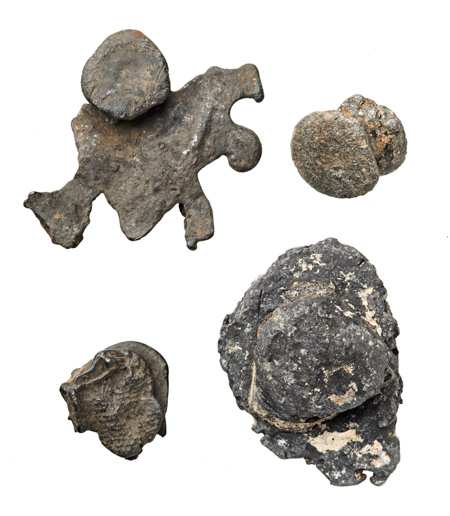 Damaged pots were occasionally plugged with lead as a makeshift repair. A number of these plugs, much tougher than the clay they patched up, have survived with fragments of medieval pottery attached. Sometimes a damp cooling rag was applied to the molten lead to minimize thermal shock. Amazingly, this maker's technique from centuries ago has left a mark: several plugs retain imprints of the textile fibres.

These objects remind me of the signs you see everywhere in London, advertising screen repair for cracked smartphones. It's interesting that after decades of Londoners throwing away their possessions when they broke, we now own consumer items expensive enough to repair, rather than replace. For the people who patched these pots, a smashed clay jug was as worth saving as a cracked iPhone is to us today. 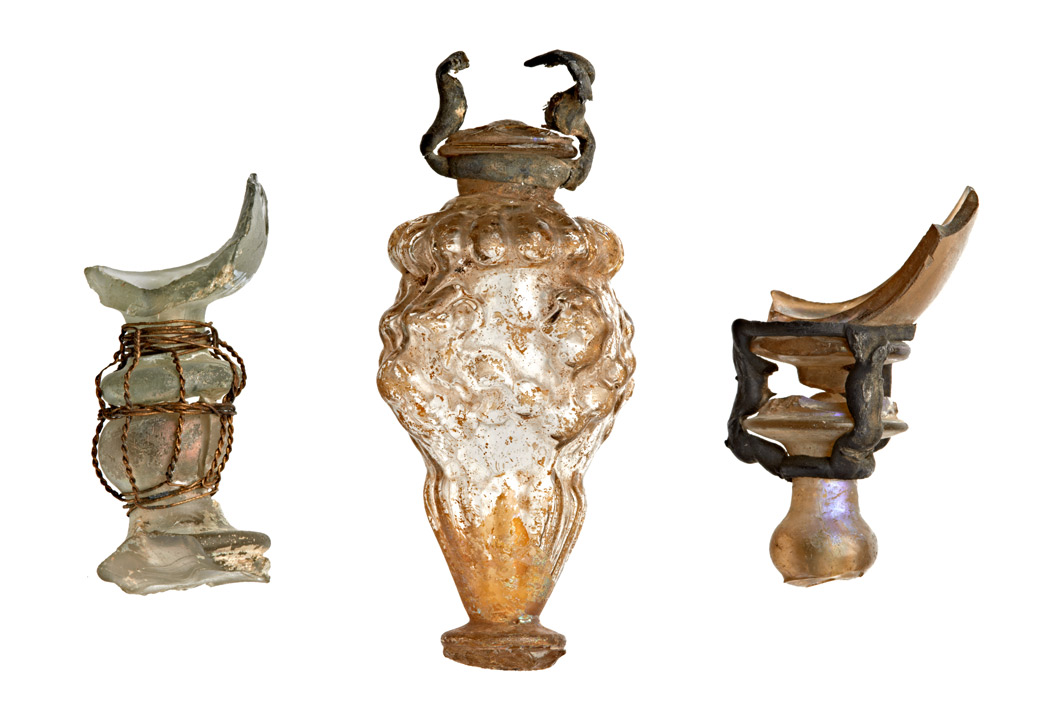 In 1587, one social commentator wrote that the problem with drinking glasses was ‘in time, all go one waie, that is, to shards at the last’. Just seven years later, another writer advised his readers of ‘an excellent cement for broken glasses’ one made from wax and aqua vitae, and the other, an amalgam of lime, flour and egg white. It is unclear whether these solutions worked to keep broken glasses together. However, a number of 17th century glasses have been found with lead or gilt-wire braces moulded to their contours. These frames would have helped keep cracked glasses solid enough to use, even if they rather spoiled their look. It's rather reminiscent of cheap, hard-to-break plastic glasses being used in nightclubs today.

Make do and mend 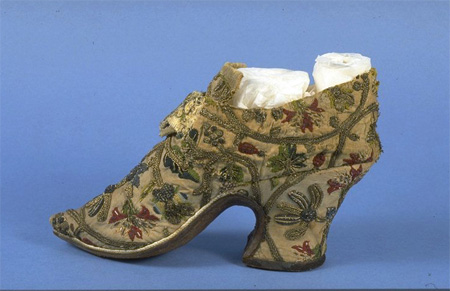 ‘Insomuch than nothing in Englande is more constant than the inconstancie of attire.’

Philip Stubbes, The Anatomy of Abuses (1583)


For most of London's history, you wouldn't throw away old clothes, you'd remake them. Clothes were constantly cut down, altered and refurbished to suit contemporary tastes and budgets. Material to patch holes was taken from hems and tucks and skilful stitching could conceal tears. If all else failed, damage could be disguised by major alterations or the addition of new decorations.

Unwanted clothes were handed down to servants or sold to the ‘fripperers’, the second-hand clothes dealers in Houndsditch. Any valuable trimmings, buttons and threads were sold for recycling, while shredded cloth and rags were used to stuff upholstery or make paper.


These women’s shoes from around 1720-50 have been made from re-used materials. The embroidered sections have come from fabric dating to the 1620s (possibly old shoes) and the various elements have been tailored to reflect contemporary fashions. Off-cuts of white kid form the ill-fitting and slightly miss-matched linings. 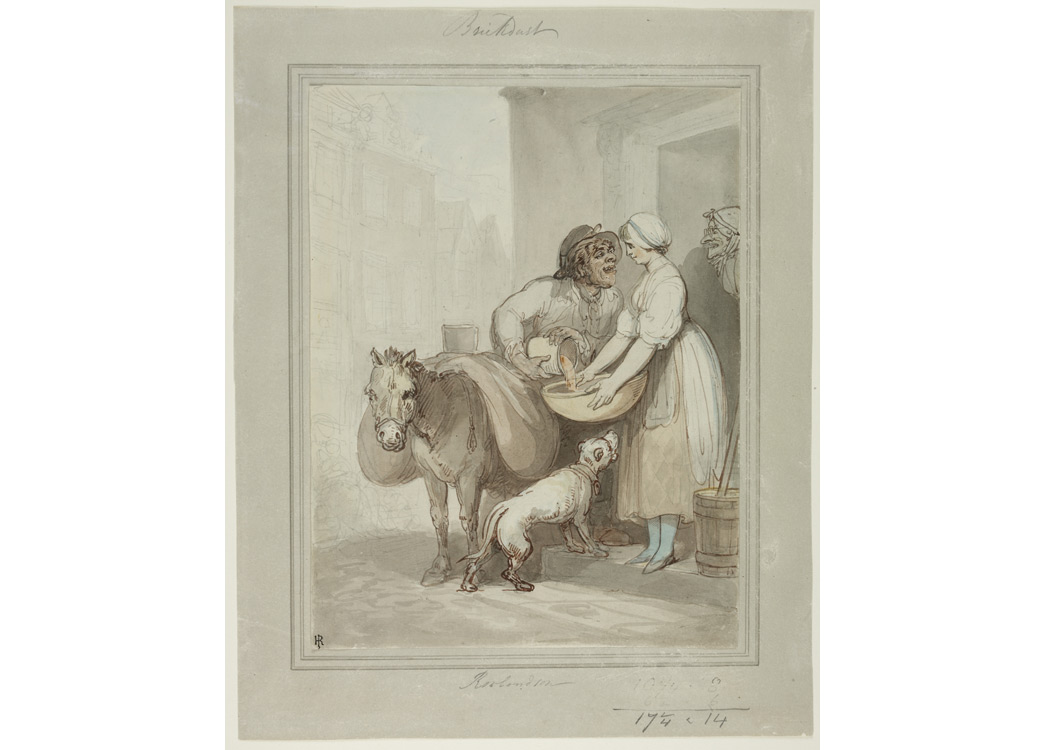 Print, Thomas Rowlandson. A hawker sells brick dust, used as as a scouring agent, to a housemaid. ID no. 58.82/3. 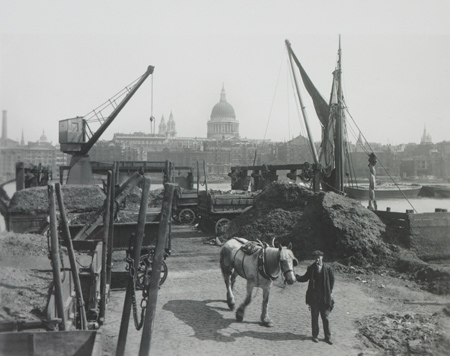 ‘…a tract of suburban Sahara, where tiles and bricks were burnt, bones were boiled, carpets were beat, rubbish was shot, dogs were fought, and dust was heaped by contractors…’

In the days before fortnightly bin collection, London was kept clean by "dust men", established in 1670 to go door-to-door gathering "rubbish and filth" to stop the residents from leaving it to rot in the streets. At first paid by the City, dust-men made such a profit from recycling rubbish that they soon bid against each other to get the job. Almost any waste could be sold to someone. In the print above, a street hawker sells brick dust to a housemaid. This was used as a scourer, to clean tough surfaces.

The dust contractors of 18th- and 19th century London were often quite wealthy. Charles Dickens’s ‘Golden Dustman’ in Our Mutual Friend presided over an extensive empire of London dust heaps which were maintained and picked over by a team of scavengers whose duties included ‘ cleansing and carting away, all the soil, filth [and] dirt’ . To supplement their income, they removed anything which could be sold on for profit including materials for agricultural fertilizer and ‘breeze’ (coal dust) for brick-making.

Junk at the Museum of London closed in October 2017. 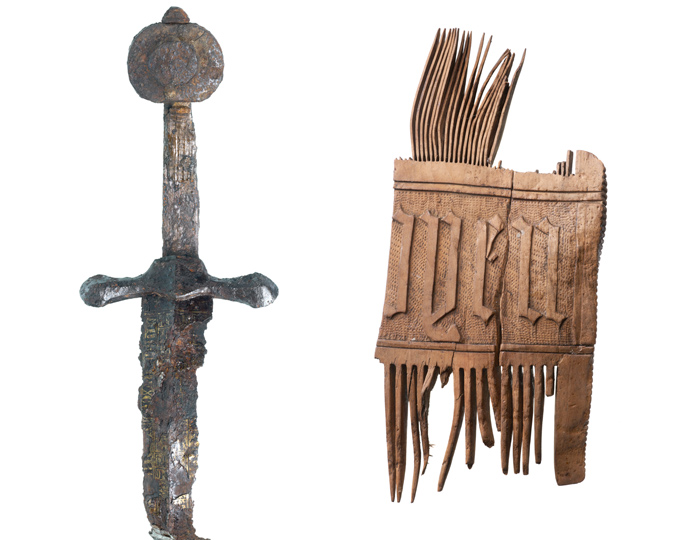 Revealing the secrets of the past

Conservators at the Museum of London uncover hidden details of archaeological objects, often only visible under the microscope. 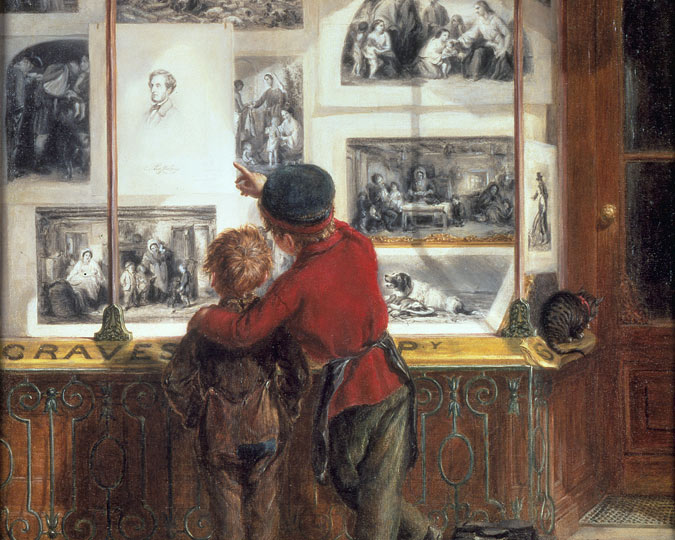 How Victorian print shops let Londoners see the news and celebrity gossip of their day. Saint Barbara of the Tunnel

Who was Saint Barbara and what does a medieval saint have to do with the Crossrail tunnel beneath London?