Revolutions in technology, fashion, and culture have transformed London

The postwar generation led London's multicultural revolution, followed by the punk movement in the 1970s. By the 1980s many of London’s traditional industries had closed down, even as new technologies transformed everyday life. Now 21st century London is known for its diversity and modern industry. 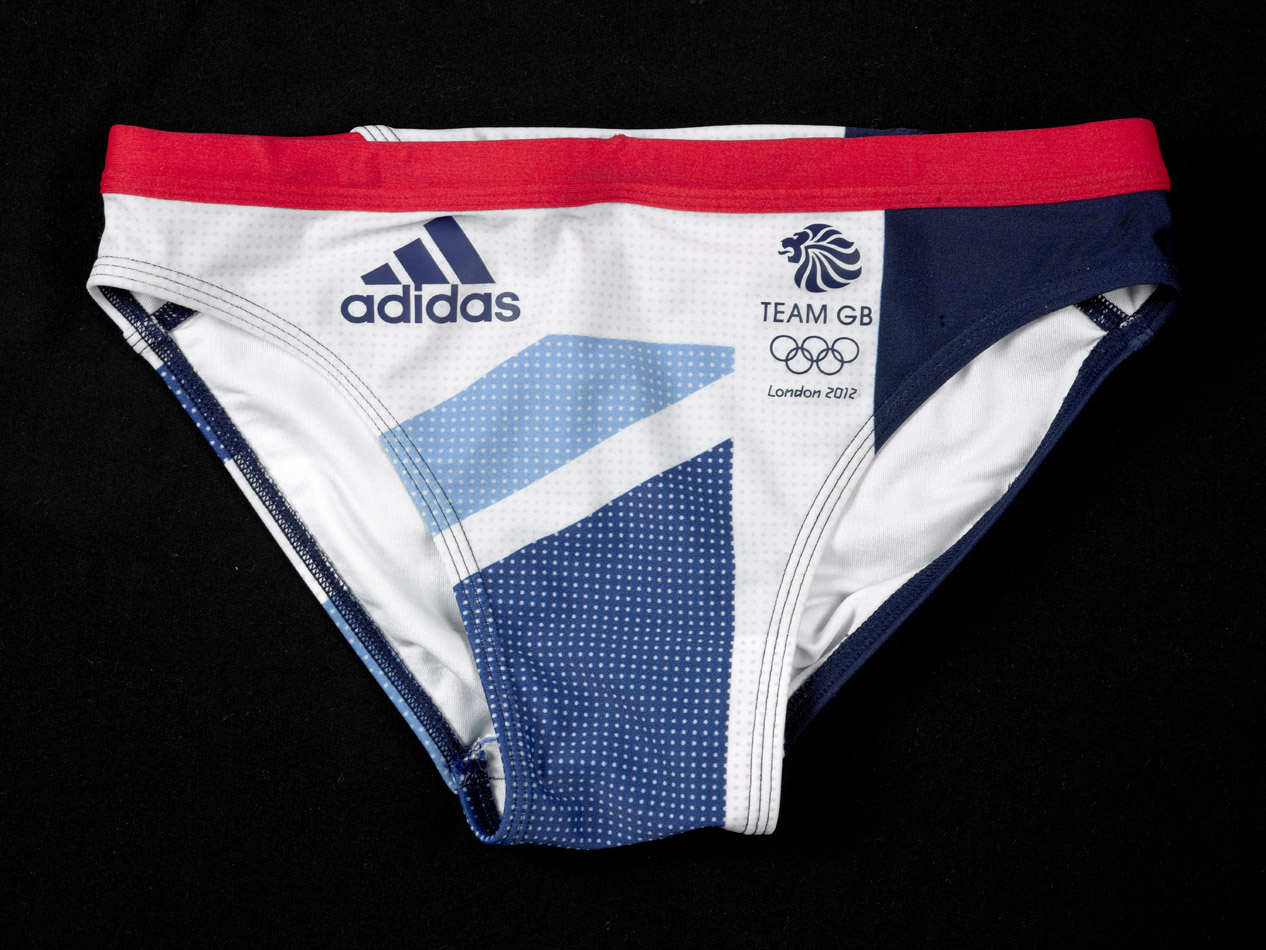 These Adidas Team GB swimming trunks were used by Tom Daley during the 2012 Olympics. The Union Jack-based design is by Stella McCartney. 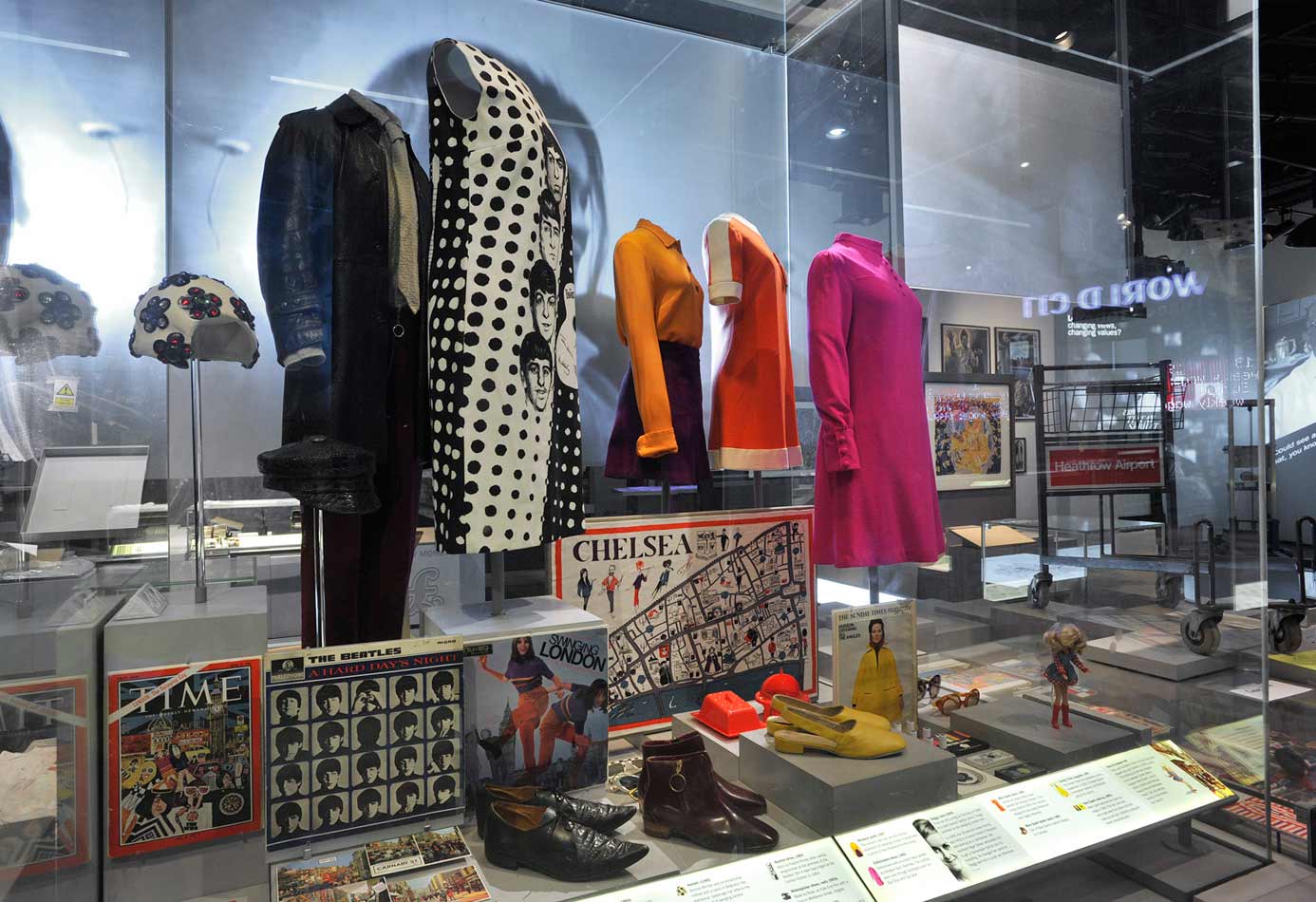 This case displays the changes that swept London style in the 1960s and 1970s. 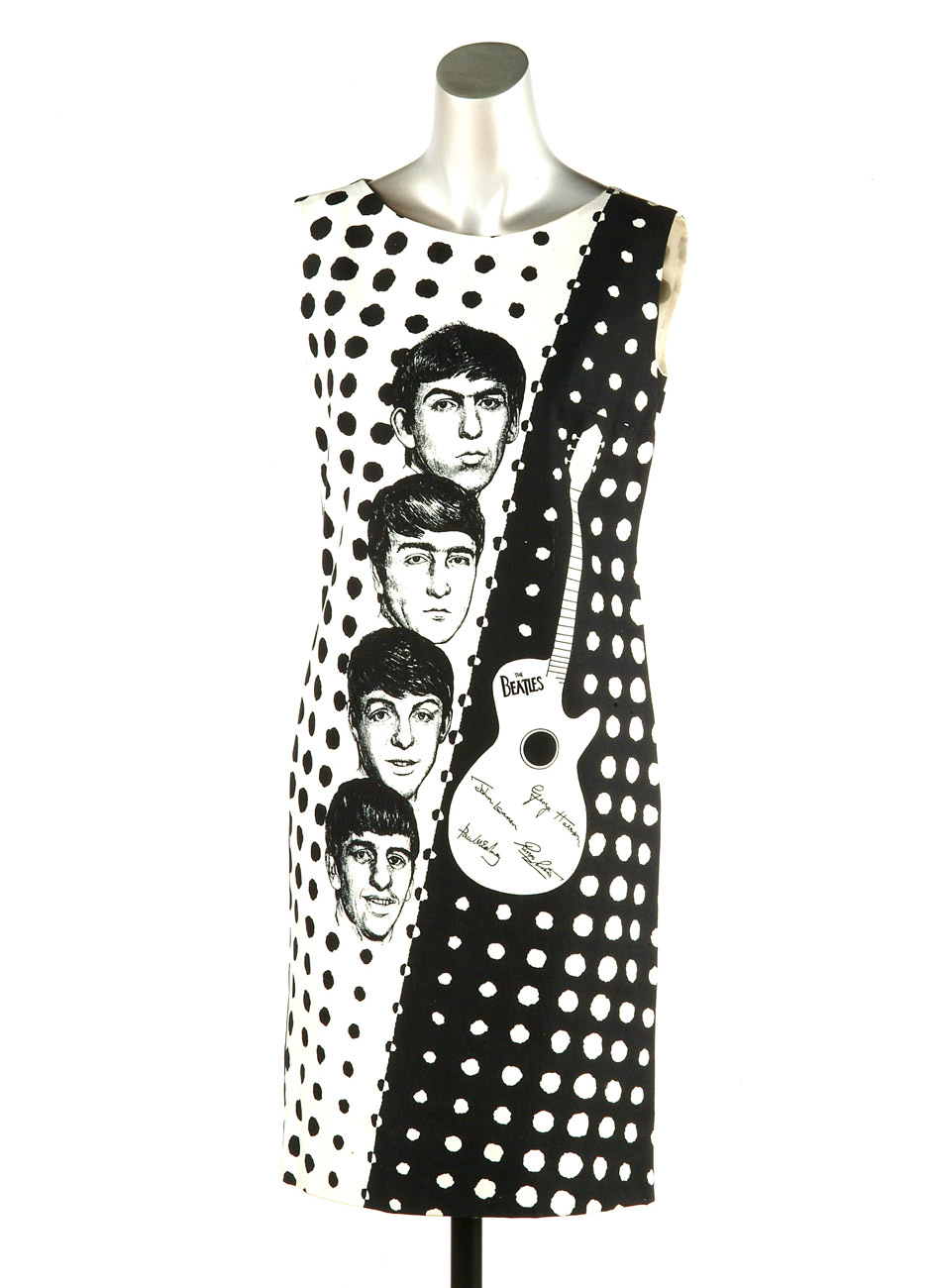 This cotton dress, emblazoned with the faces of the Fab Four, was available from C&A, a high street clothing shop. It testifies to the way young Londoners embraced the new music and fashions of the 'swinging sixties'. The Firestone factory closed in November 1979 with the loss of 1,500 jobs.

Cover of 'Because They Know Not: a powerful story on the colour problem', 1959

This novel by Alvin Gladstone Bennett tackles the issues raised by West Indian migration to Britain in the 1950's, and was inspired by the author's own experiences. 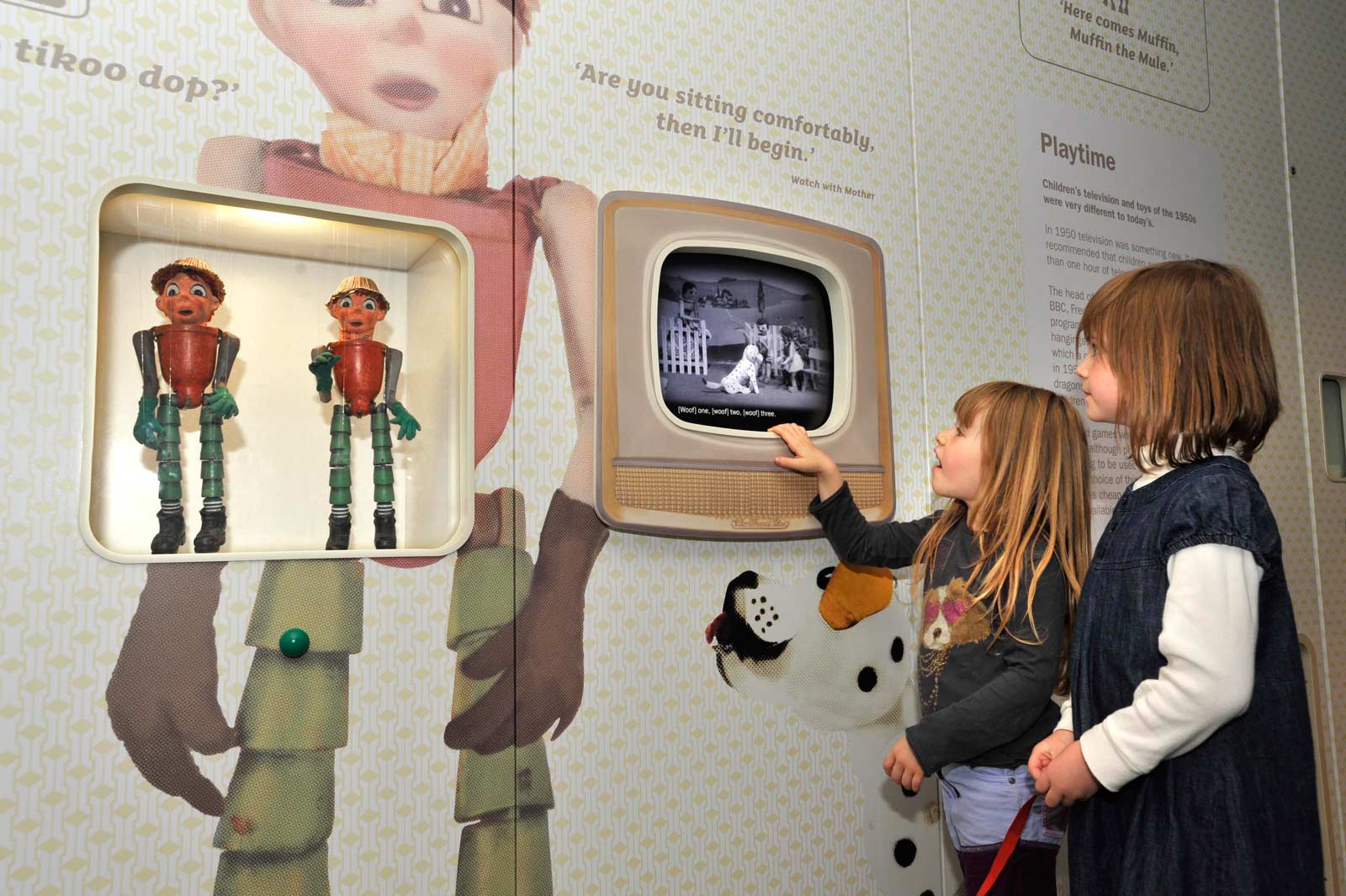 These Bill & Ben string puppets were used in the children’s television programme ‘The Flowerpot Men’, part of the BBC's 'Watch With Mother' series, 1952. 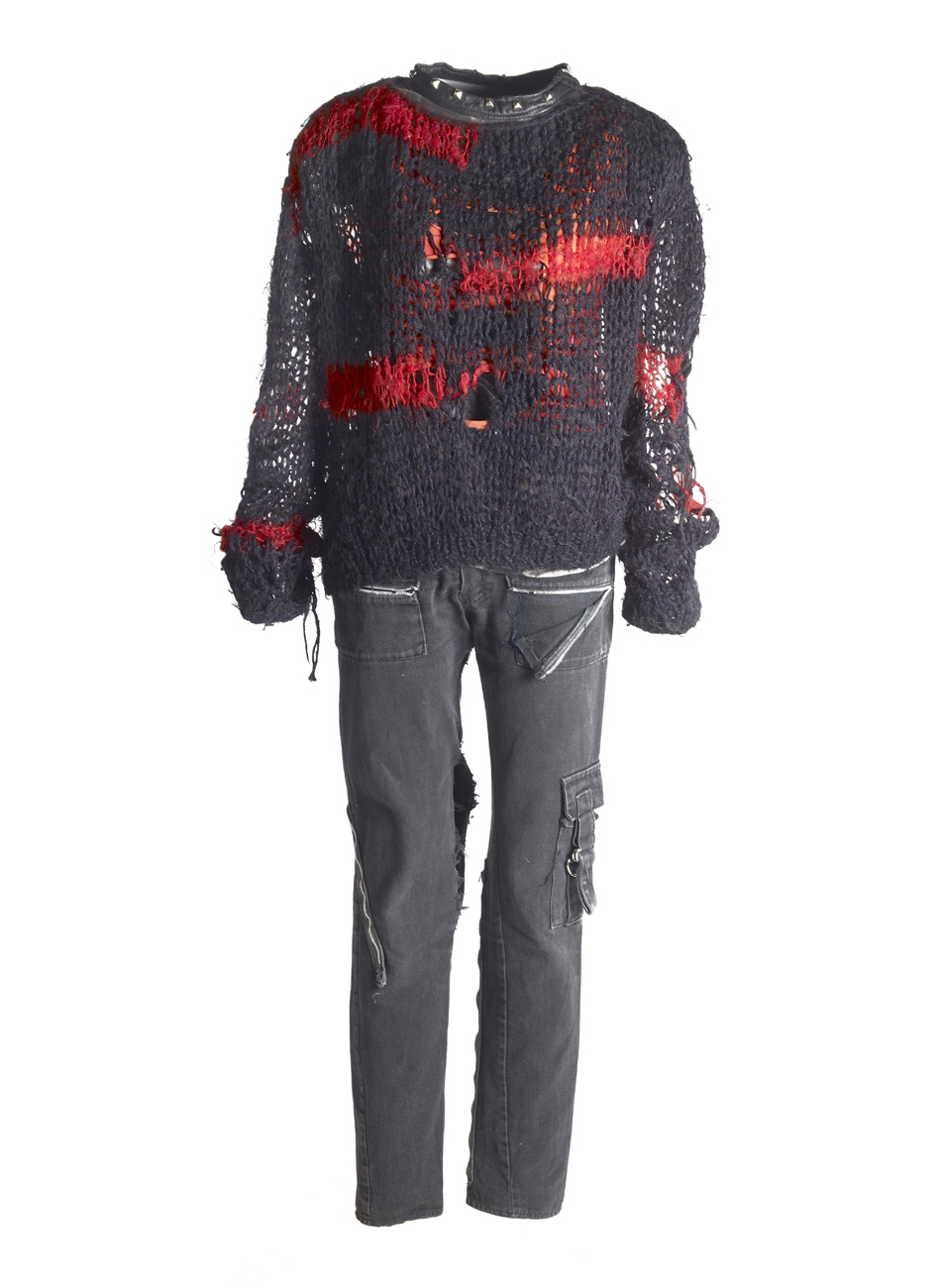 Outfit worn by Marian Williams, a singer in a punk band, 1982

The mohair sweater was bought at Camden Market and the bondage trousers and studded t-shirt were from Kensington Market. 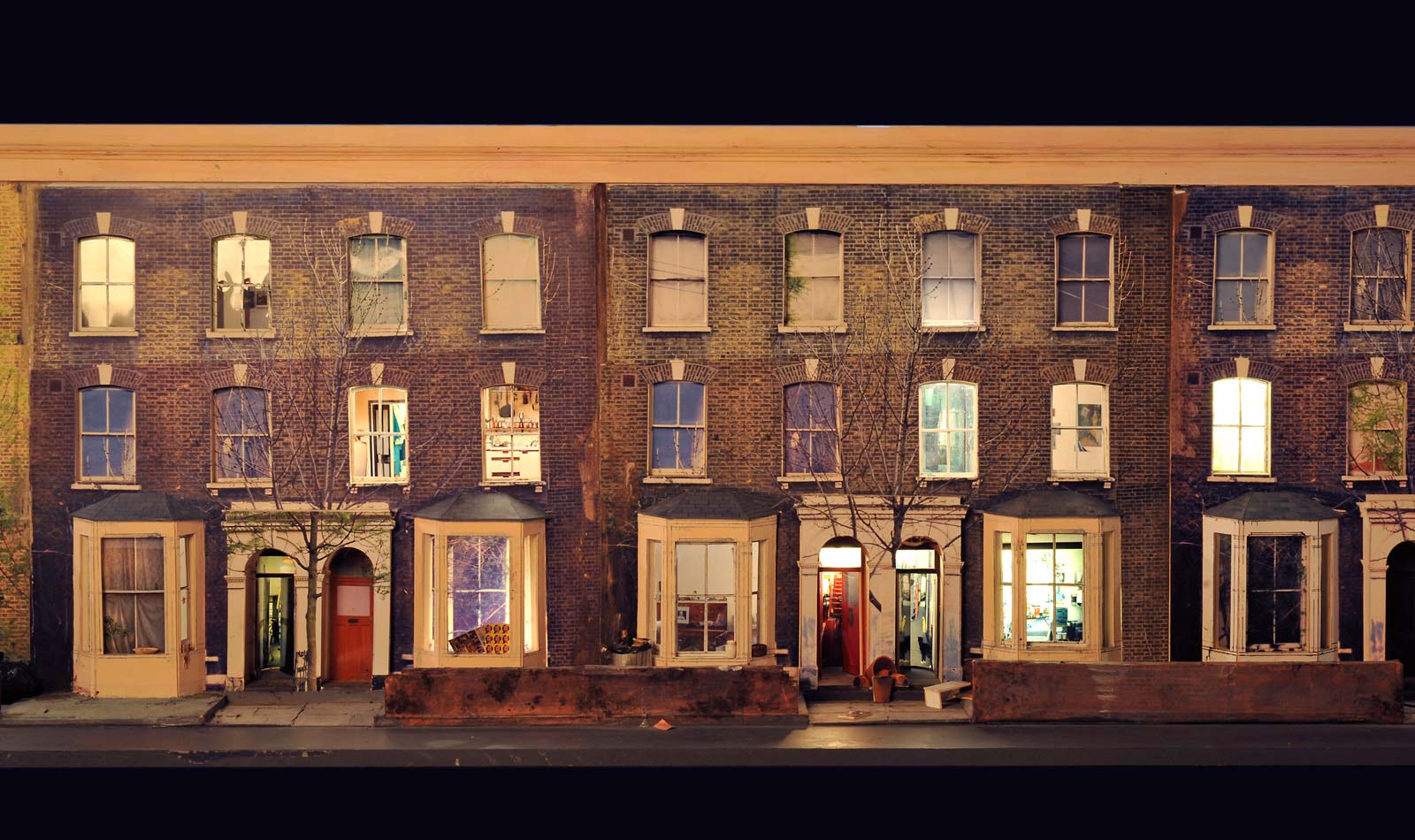 Designed by artist Tom Hunter, this 3D photographic model exactly recreates, in miniature, two streets in Hackney, condemned as a 'ghetto' by the Hackney Gazette in 1994. 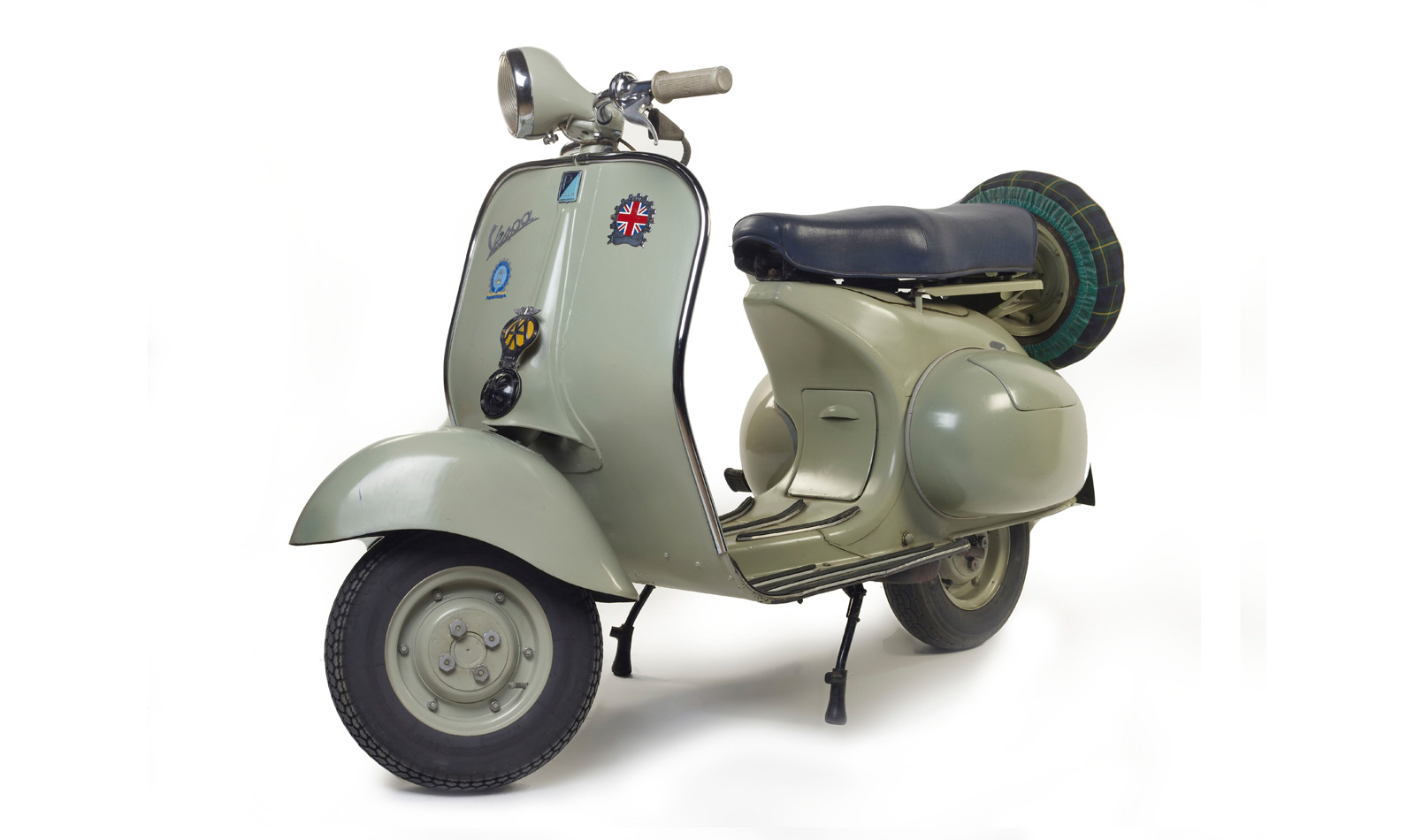 This Douglas Vespa 125cc motor scooter was one of the symbols of the youth revolution that swept through London in the 1950's and 60's. 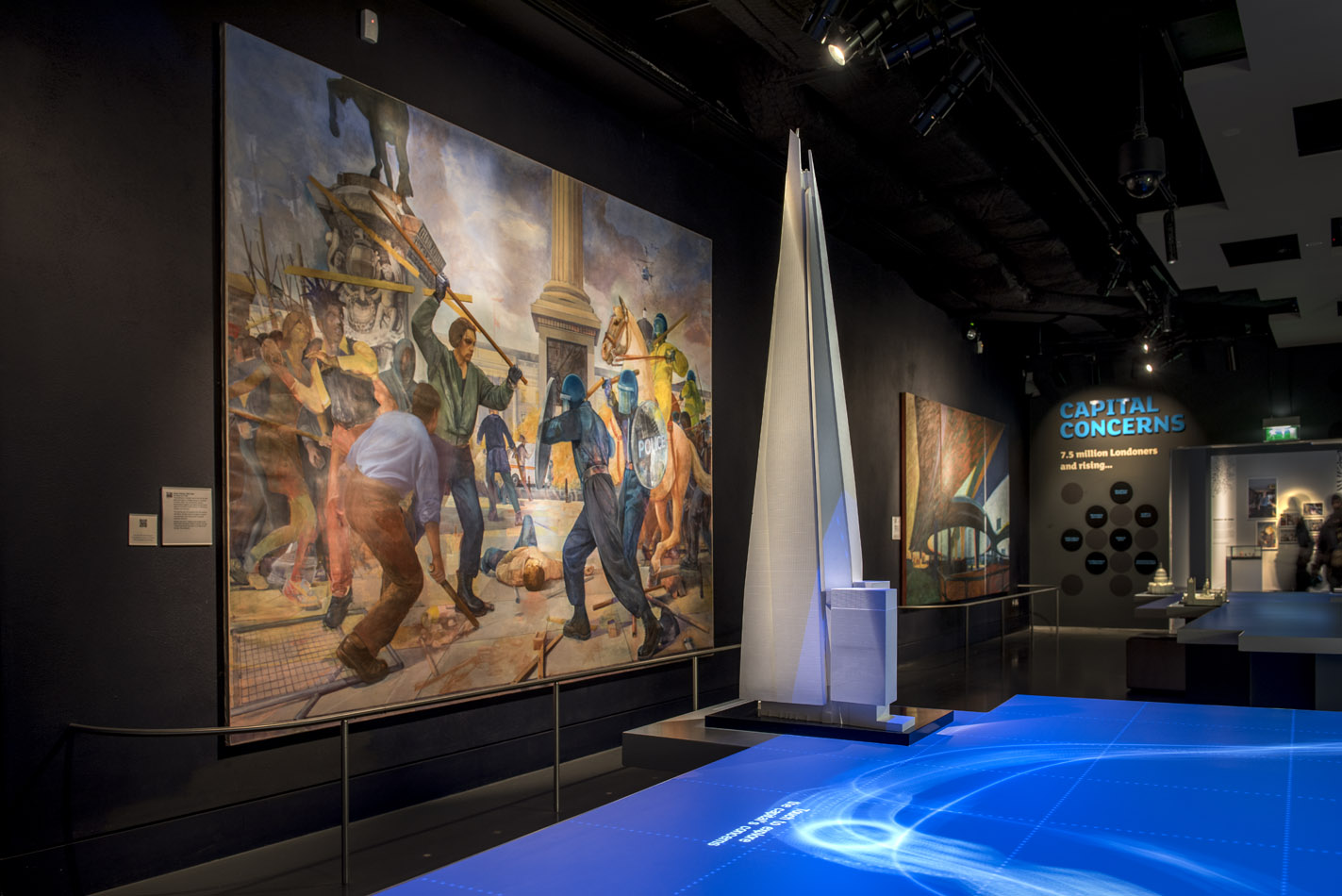 Learn what Londoners think and worry about by using this interactive. A digital river Thames runs through the gallery, carrying icons representing the major issues of the city.

The gallery is on the lower ground floor and can be accessed by lift. 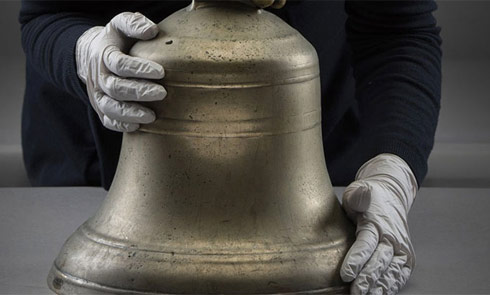 Our free display looks at the museum's latest acquisitions

See the city through our free display of cutting-edge photography