Fatberg! Exhibiting the 'Monster of Whitechapel'

In Febuary 2018, the Museum of London opened Fatberg! A display about the infamous Whitechapel fatberg. A ‘fatberg’ is a huge clump of oil, rubbish and waste which block up the sewers below the city. For the first time ever, we’ll be exhibiting samples from a fatberg in a museum. Vyki Sparkes, curator of Fatberg!, talks about why- and how- we’ve put sewage in a display case.

Vyki, why put the fatberg on display?

As soon as we found out about the Whitechapel fatberg we approached Thames Water to express our interest - it was actually at one of their first press events about their discovery. They’ve been incredibly supportive: they excavated the samples of the fatberg from sewers beneath Whitechapel on our behalf, and helped us every step of the way to putting it on display. 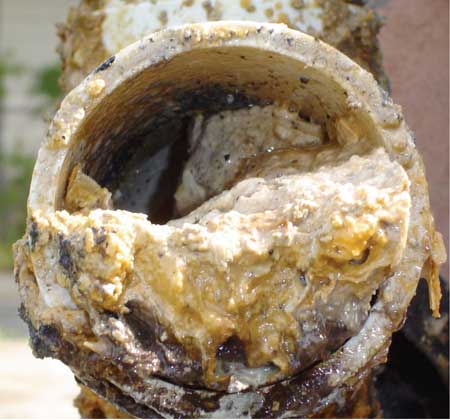 A pipe clogged with fatberg.

Was that a difficult decision to make?

Displaying part of a fatberg has been on the museum’s wish list for a few years and when we heard about the Whitechapel fatberg- the biggest one ever found in the UK- we knew we had to act quickly to secure a sample. It’s a piece of history, and the amount of press and public interest it has received confirms our beliefs: this is a really potent object. People are fascinated by it.

To me, that’s the purpose of displaying something in a museum: it should be a powerful object, one that can spark conversation and thought. Like all of our collections, the fatberg tells a story.

"This unseen growing monster that lives in the sewers" 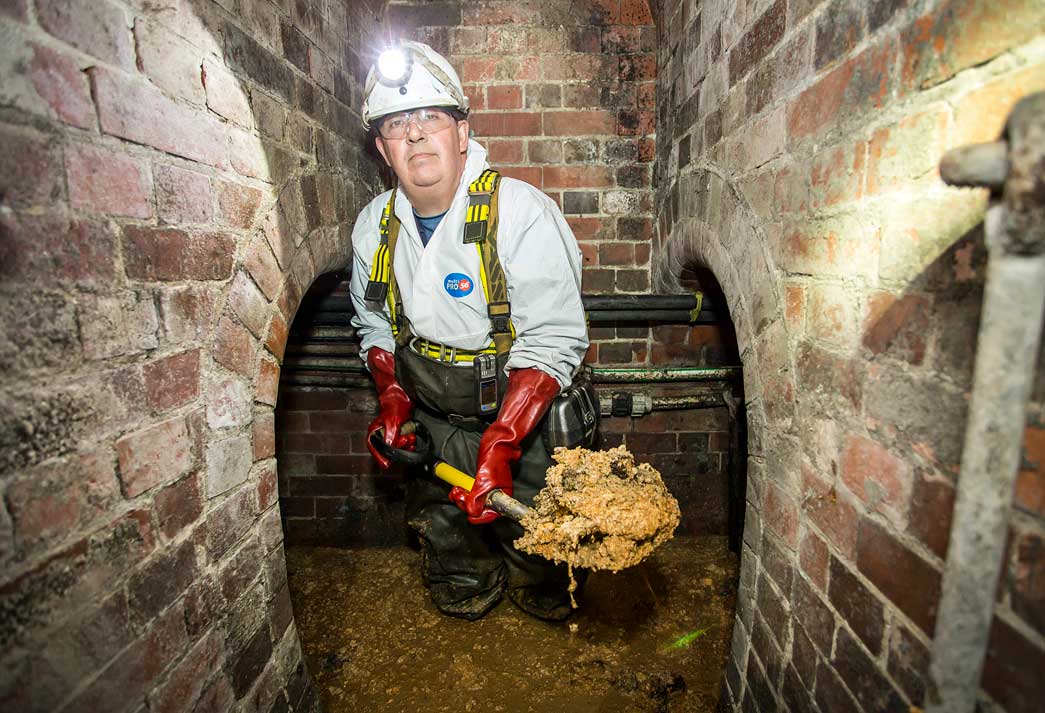 Could you give us an example of that story?

Fatberg is important because it’s something made by us, and that fascinates people. As a society, we’ve created this unseen growing monster that lives in the sewers, a place that we depend on but never see. It’s also mysterious: it resides underground; and we don’t know exactly what it’s made of.

For me, the fatberg is rather like the portrait of Dorian Gray: it shows our disgusting side. Just as in Oscar Wilde’s novel, it is hidden away, getting worse and worse as we pile the accumulated sins of the city into it: cooking fat, condoms, needles, wet wipes, and of course human waste.

You can tell a lot about society from what it throws away. We have a lot of objects on display in our galleries which were found in cesspits and wells. Collecting waste is not a new thing for the museum to do! We’ve created a family trail of our galleries, so that visitors to Fatberg! can find out more about past Londoners have dealt with their waste.

Fatbergs are also helped to form by the historical infrastructure of London: there’s a chemical reaction called ‘saponification’ where the fat reacts with the lining of the sewers, turning the oil into a soap-like substance. It’s exactly the same process that our grandmothers would have used to create soap: heating up animal fat, then mixing it with ash. In this case, the oil is mostly old cooking oil. That heated oil produces free radicals which then bond with grit from London’s streets. The result can be quite liquid, or, like the Whitechapel fatberg, set like concrete.

"Even small amounts of fatberg can kill" 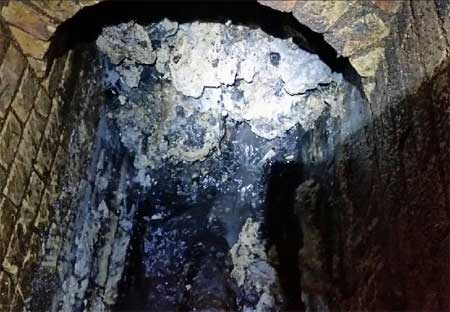 Is this a dangerous material to work with?

Handled incorrectly, even small amounts of fatberg can kill. There are a number of diseases which can lurk inside sewage. The good news is that when we X-rayed it, there were no needles or other sharps inside our samples. We’ve still had to risk assess every stage of the display.

The fatberg samples can only be moved by trained personnel wearing full protective clothing. They were in quarantine while we built the display, and we used a three-box system to store and move the samples in order to minimise cross-contamination. Now we’ve encased the samples of fatberg inside special sealed units, which go inside the display cases.

We have had issues with preserving and storing the samples: people normally try and destroy fatbergs, not conserve them. Fatbergs are a material that’s not well understood, chemically or biologically. We’ve had flies hatch out of the fatberg, and mould growth while it was drying out prior to going on display.

Our fatberg samples are also surprisingly fragile, so we can’t move them too much. We still don’t know what will happen to the samples when we put them on display- if more sewer flies might emerge for example. This display is like an experiment, to discover whether we will be able to add the fatberg samples to our permanent collection. 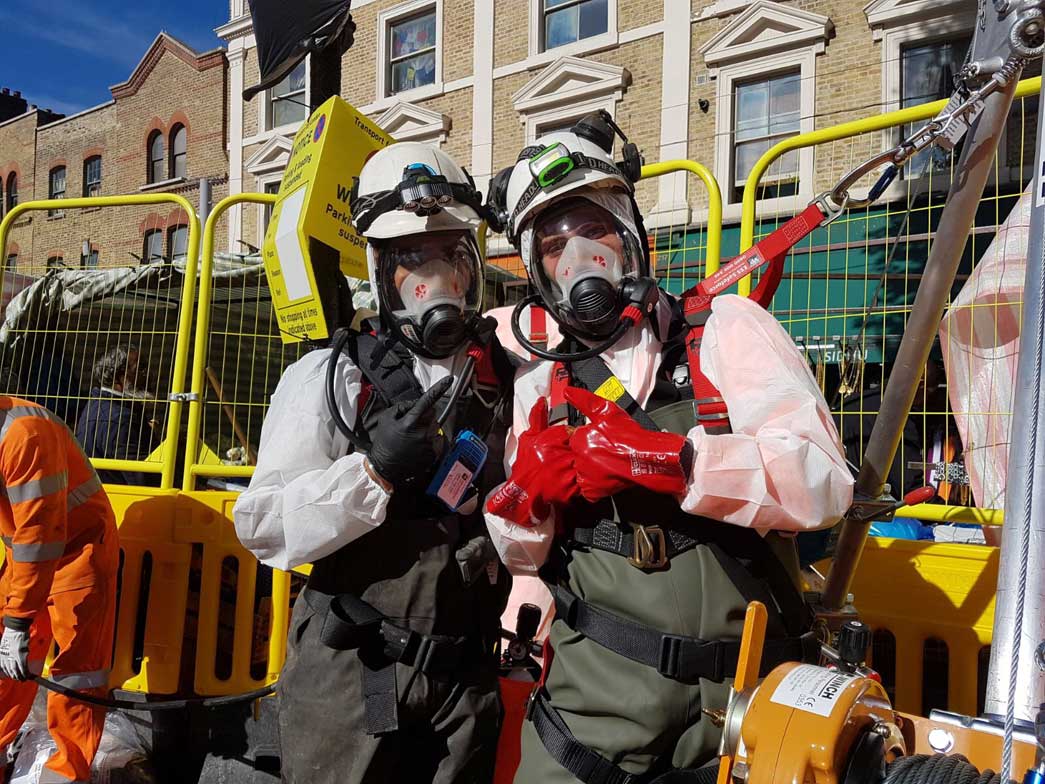 Workers from Thames Water celebrate the removal of the Whitechapel Fatberg, 2017 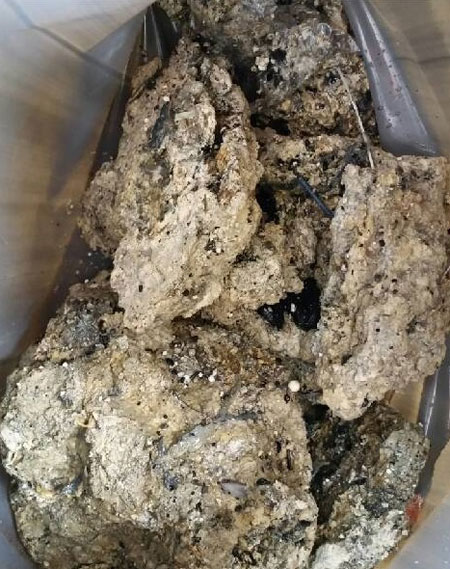 Samples of the Whitechapel Fatberg extracted from the sewer

Aside from the practical problems, what else were you thinking about when you curated this exhibition?

Well, Fatberg! is in a prime position in the museum: it’s one of the first displays a visitor sees, and I’m very aware that many people will be repulsed by it. We’ve created almost a two-tiered display: the outer wall looks almost like the outside of a brick sewer, with all of the main text and interpretation. Then you make a conscious decision about whether to step inside the ‘sewer’ to see the fatberg samples.

Also on display are other objects relating to the Whitechapel fatberg: the first thing you see is a mannequin dressed in all the protective clothing you have to wear when you enter the sewers to battle a fatberg, and also the tools used to destroy it. Parts of the Whitechapel fatberg was set so hard that jet powered hoses couldn’t shift it. Thames Water workers had to take in micro-tools for the confined space. They’re like hand to hand weapons!

That’s how the fatberg is imagined by people. When I wrote the text I wanted to get across these emotions, these imaginary pictures of the menace, but I also didn’t want to stray into hyperbole. I didn’t want it to be like Ripley’s Believe It or Not! There’s obviously public fascination with the grossness of fatberg, so I’ve had to play with that a little: I can’t claim it’s not unusual or disgusting. This is no ordinary museum object.

Museums are about putting objects in context and inspiring people to think. I don’t want to lecture people; we are all a little bit responsible for the existence of fatbergs. That’s the power of an object: visitors are actually confronted by the waste our society creates. If people walk away and think a little bit about how these things are created and what our role has been in them, that’s my job done. 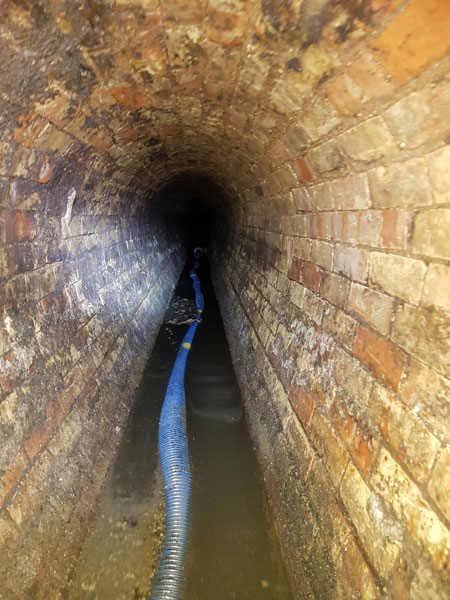 What has happened to all the fatberg we haven’t displayed?

I visited Argent Energy in Ellesmere Port, who transformed as much as possible of the Whitechapel fatberg into biodiesel. We are displaying samples from that process - I was very keen to include this, because it’s a positive arc to the narrative: we are trying to find solutions. But these are very expensive and inefficient ways of converting our waste to energy. The best solution is not to clog the drains in the first place.

And last, but most importantly, what does the fatberg smell like?

I never met the raw fatberg, as it was in the sewers. By the time I smelled it, our samples had dried out and smelled like a damp Victorian basement, just on the side of unpleasant. After my visit to Argent, I can tell you fatbergs absolutely reek. We can’t let our visitors smell our fatberg samples – they could inhale particles of the fatberg itself. But hopefully, you’ll never be so close to a fatberg again. 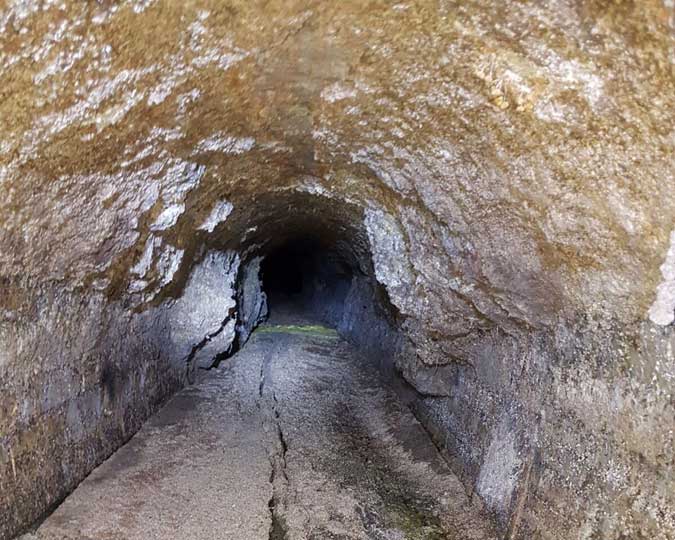 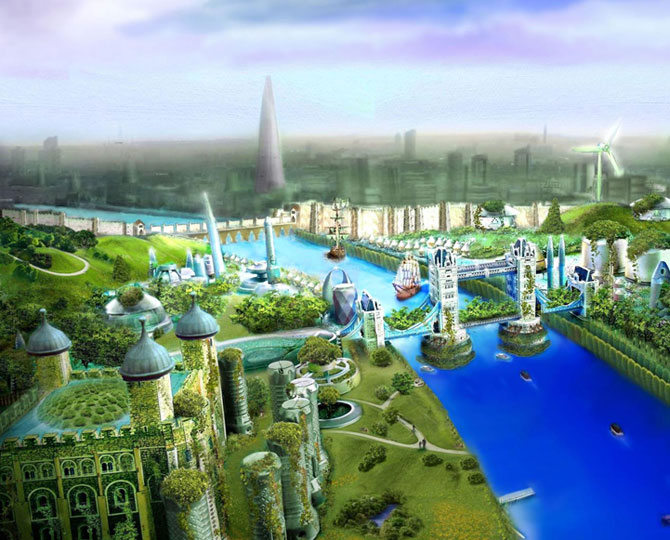