Jo Wilson, Head of Policy at Future of London, looks at how the city's population might change in the future, as we head towards a projected 10 million Londoners. 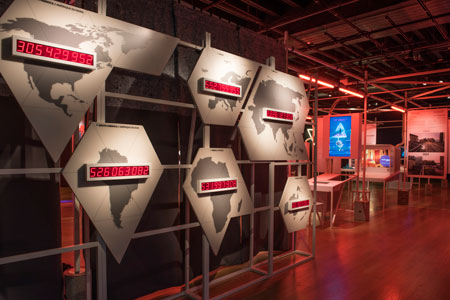 Who's in the world?

An display in The City is Ours shows the population of each continent, updated every second as more humans are born around the world.

The City is Ours, our major 2017 exhibition at the Museum of London, looked at how we can thrive on an increasingly urban planet.

The first thing you saw as you walked through the door of The City is Ours were five ticking counters, each displaying the population of one of the world's continents, each updated every second as new humans are born, adding to the world's population (approximately 7,569,175,000). Of those seven billion, more than half (54%) live in a city, and by 2050 we can expect 70% of all humans to be urbanised. Life on an urban earth presents unique challenges, from transport and food production to pollution and housing. Our season looks at how cities around the world are solving those challenges, especially in London itself.

Are you coming or going?

Every year, 9% of London's population arrives, while 7% leaves. 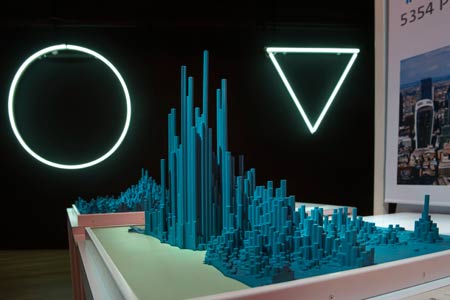 Where will we live?

These models, on display in The City is Ours, compares the population density of London and Rio de Janiero, with the height of each square kilometre representing the number of residents. Even London's densest district, Pimlico (27,100 people) is far lower than Rio's spikes of 42,300 inhabitants/km².

Will London necessarily keep growing through the 21st century? We might assume the city can only get bigger, but this hasn't always been the case. London spent most of the 20th century shrinking, with the population getting smaller every year from 1939 to 1991. This decline began as people fled during the destruction of the Second World War, but continued as changing patterns of urban living saw more people commuting rather than living in London. The city would not reach its pre-war peak of 8.61 million people until 2015.

London's continued growth relies on an influx of people from elsewhere in the United Kingdom and the world. Every years, 7% of the city's population leaves the city, so we're dependent on a constant influx of people to stop London shrinking quite rapidly. Who can tell if the city will remain as attractive a place to live and work in through the next 100 years? And if it does keep getting bigger, how do we ensure future Londoners have homes, jobs, places to play and food to eat? The City is Ours explores how cities around the world are answering these questions. 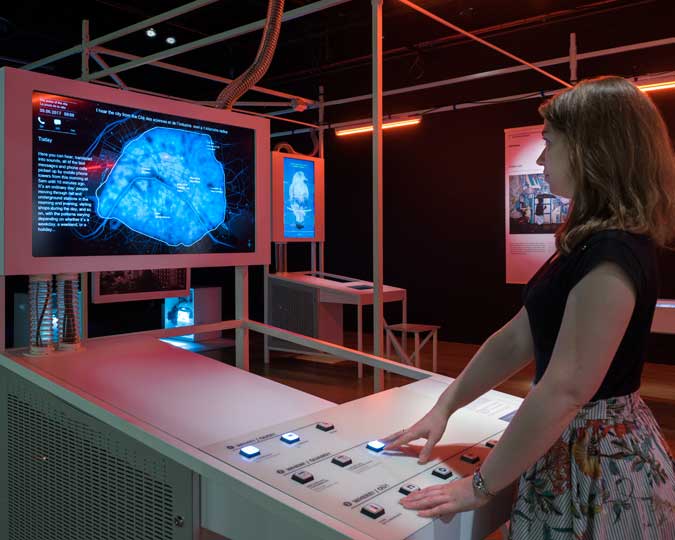 Watch The City is Ours

Get a sneak peek inside our free major exhibition.