A Sainsbury’s history of Christmas pudding

Instantly recognisable as a round pudding covered in brandy cream (with an obligatory holly sprig) the Christmas pudding as we know it has gone through several transformations to arrive to its present familiar form. We trace this journey through the lens of Sainsbury’s Christmas puddings and recipes. 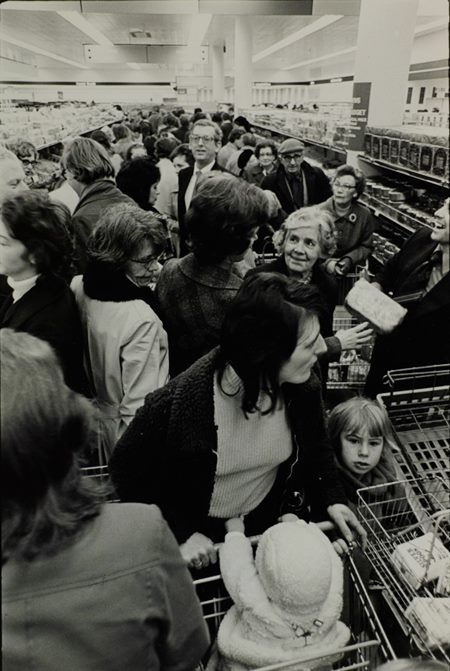 The earliest Christmas puddings from the medieval period were a world away from the heavy fruit-filled dessert we all know and love — well, most of us anyway. Its origins lie in ‘frumenty’ or ‘furmenty’, an ancient country recipe consisting of hulled wheat boiled in milk and seasoned with cinnamon and sugar. Over many years this dish developed into plum porridge or Christmas porridge — a mixture of beef or mutton broth with brown bread, raisins, currants and prunes and added mace and gingerbread, served at the beginning of the meal in a semi-liquid state, often enriched with alcohol.

During the 18th century, this ‘unappetising’ dish was replaced by plum pudding, where the meat was supplanted by dried fruits such as prunes and raisins. The dessert became established as the high point of the Christmas meal, and the mixing of the pudding became something of a family ritual.

Traditionally, the pudding is made on the last Sunday before advent, known as ’Stir-up Sunday’. Slowly, it ceased to be a meat dish and became sweet with the only relic of the meat ingredients being suet. 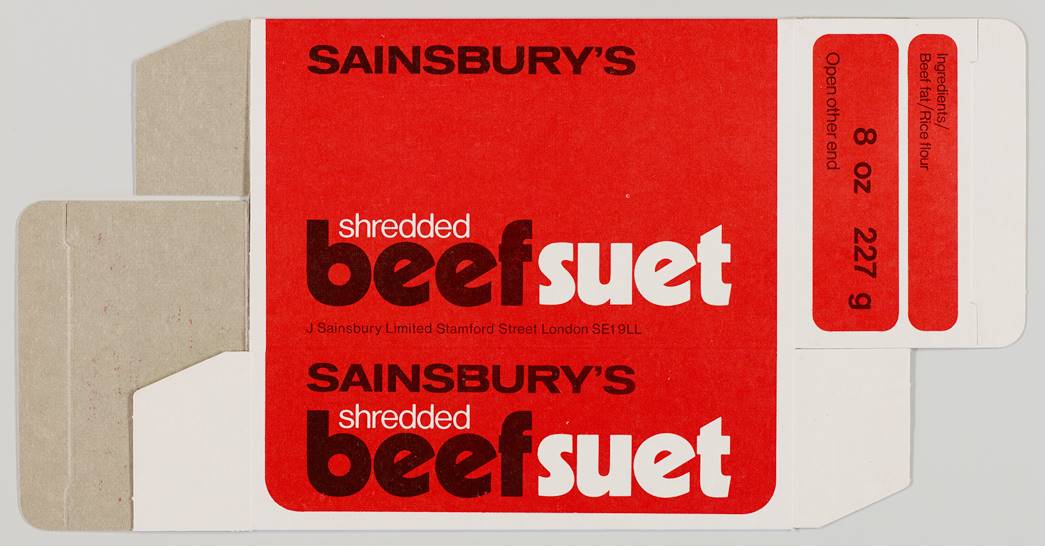 When Sainsbury’s first opened in 1869, they only sold three items — eggs, milk and butter. So it wasn’t until after the First World War — after groceries had been added to their product line — that dried fruits for puddings were available. Sainsbury’s also started offering recipes and leaflets, showing families how to put it all together and making the whole process easier and more convenient. A leaflet boldly claimed that “The Spirit of Christmas reaches its culminating point in that wonderful meal — The Christmas Dinner — The Kiddies joyfully anticipate the time when they will take their seats at the table groaning with good things, and for them the crowning glory of the repast is surely the Christmas Pudding — so give them a special treat this year. Never has there been such a pudding as the ‘Sainsbury’ recipe will make.” 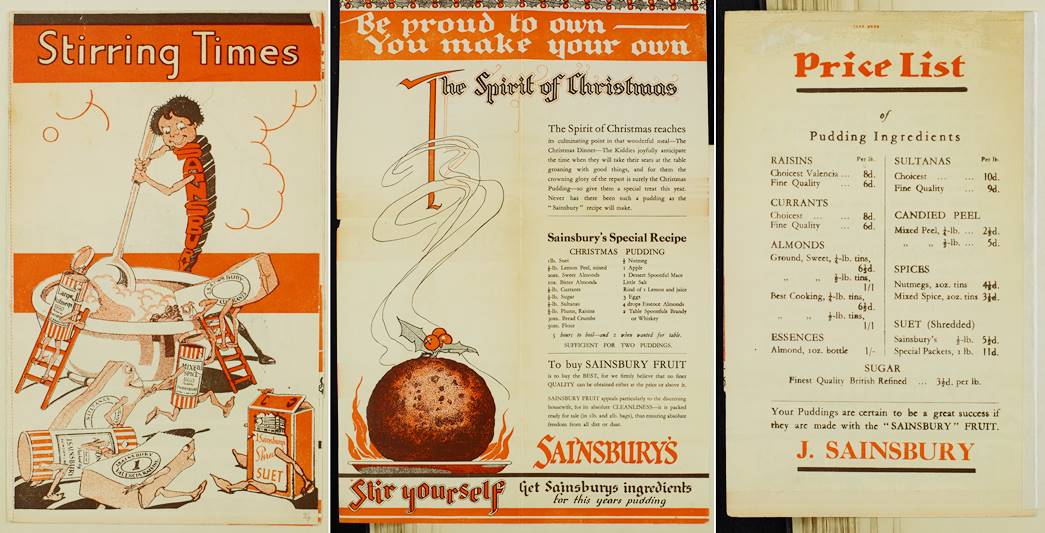 “The Proof of the Pudding” leaflet from 1930 advises that if you’ve followed the recipe correctly, a pre-Christmas pudding count will be necessary as “…if you have made them the Sainsbury way, the youngsters may be tempted to carry out a midnight raid, and on Christmas morning you may find that one pudding has completely disappeared”. Christmas pudding quickly became a steady seasonal grocery line and by the early 1920s, Sainsbury’s had also added pre-made puddings. While they were still promoting fruit for your own pudding, in a leaflet dated 1938, they state that if you can’t make your own “you cannot do better than buy a ready-made one at Sainsbury’s”. 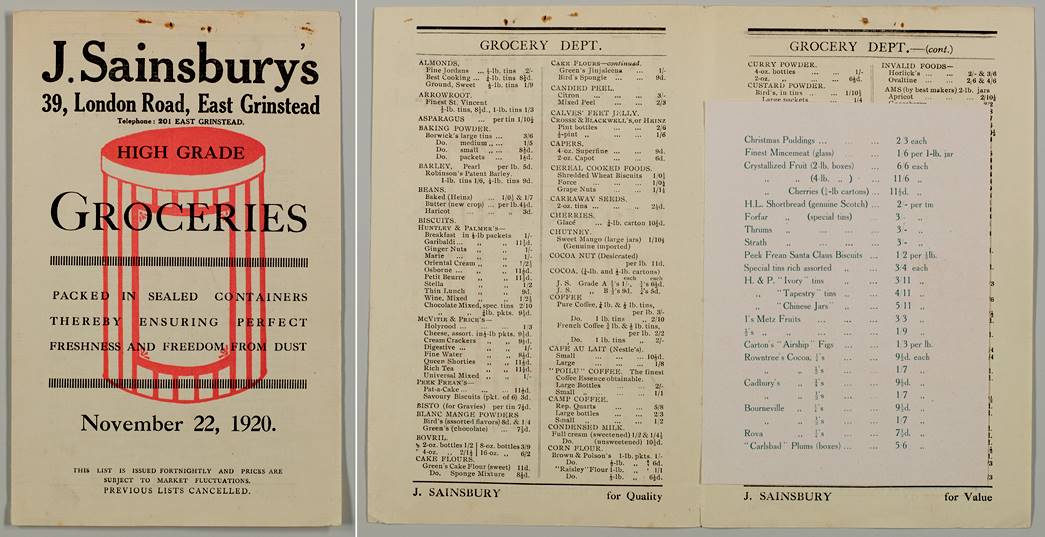 During the lean post-war years, many traditional Christmas luxuries were in short supply, along with basic foods such as eggs, and the housewife had to make the best of what was available. A recipe for Christmas pudding that appeared in the JS Journal, the company’s internal magazine, in 1946 includes two dried eggs — two level tablespoons of dried egg combined with four tablespoons of water. The same article includes a recipe for mock cream using evaporated milk, vanilla essence, warm water and powdered gelatine. 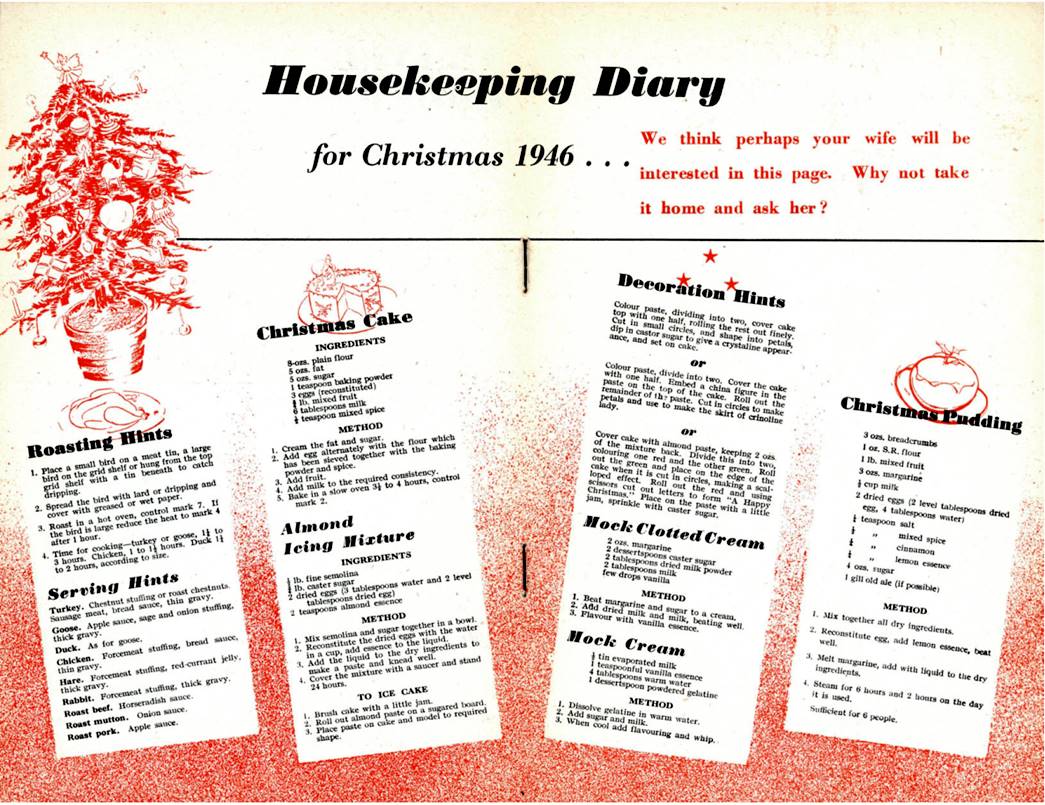 A recipe for Christmas pudding that appeared in the JS Journal, the company’s internal magazine, in 1946, among other festive delicacies. (ID no.: SA_SC_JSJ_1_1p.12)

By the 1960s, the Christmas pudding had been redesigned in the company’s ‘Own Label’ style, by R.G. Hadlow of the Sainsbury’s design studio. This was in a distinctive and graphic red, black and white design. The design was updated in the 1970s with a Christmas tree motif using the same colour scheme.

Changes in later years included the introduction of new flavours to the classic ingredients, including brandy, rum, Grand Marnier and Guinness. 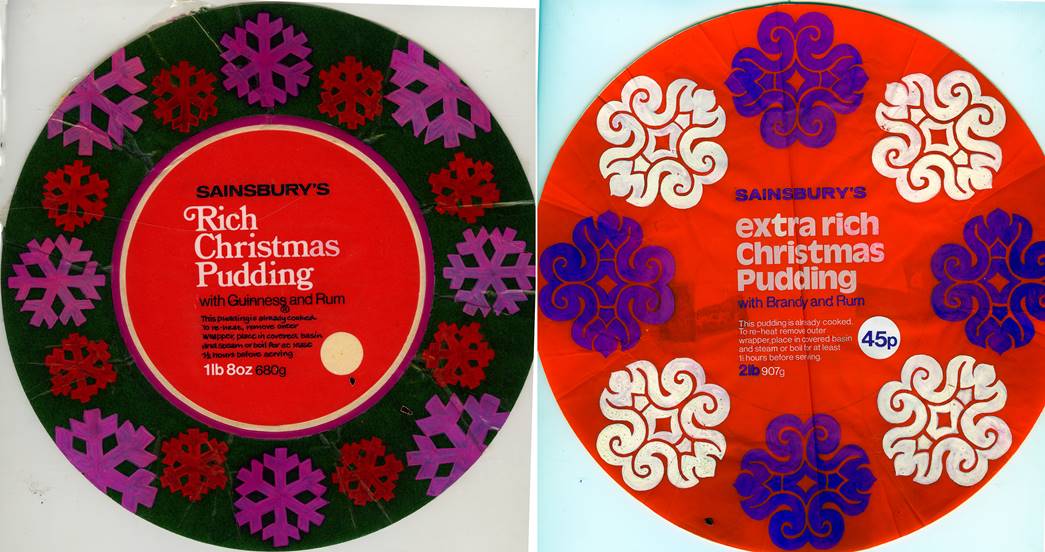 While the Christmas pudding might have gone through many changes in its long history, from a meat porridge to an alcohol-fuelled fruit ball, it continues to be a staple at the festive dining table. The year 2021 saw sales of half a million Christmas puddings across UK in September alone — three months before the big day, which just goes to show that they’re as popular as ever.

Find out more about the Sainsbury archive and the history of Christmas shopping past at www.sainsburyarchive.org.uk 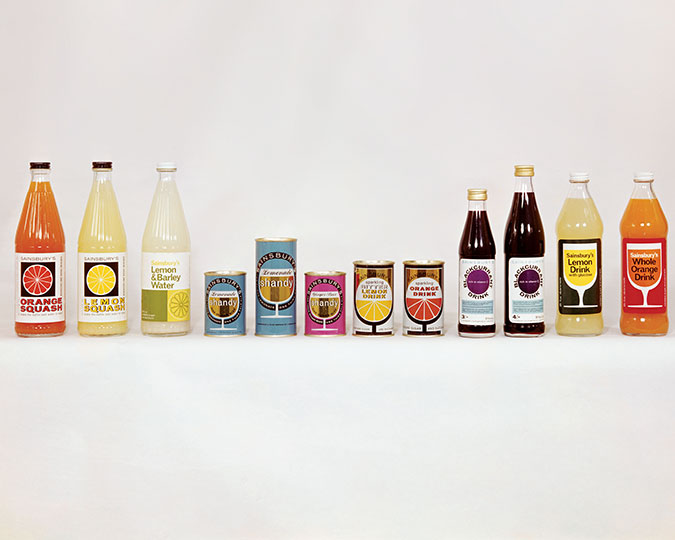 Discover the beautiful packaging housed in the Sainsbury Archive. 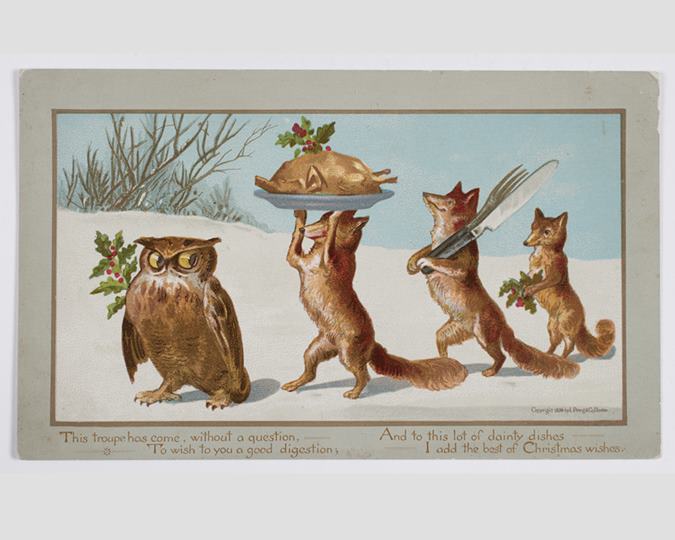 Why are these Victorian Christmas cards so weird?

In the Museum of London’s collection there are over 800 Christmas cards, many of which date back to the Victorian era. While themes of birds, flowers and Nativity scenes were common, competition and a desire for originality gave rise to a highly successful genre of novelty cards. We trace the origins of why — on some cards — policemen got whacked by clowns, hares rode Penny Farthing bikes and insects wished you a Merry Christmas! 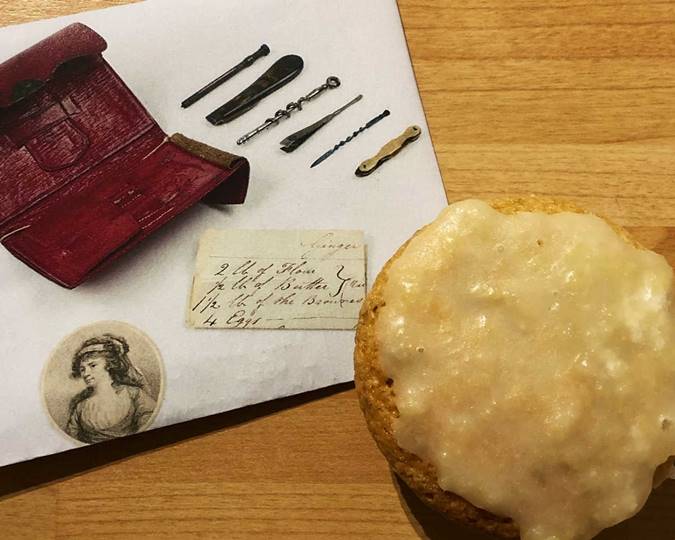 A ‘ginger cake’ recipe was found in a red wallet along with a gentleman’s toiletry kit in the Museum of London collection. Whom did it belong to? Was it a precious family recipe? We don't know, but we definitely wanted to try making it ourselves! Maybe you'd like to try too?